The core files for Operation Peacekeeper 2 v.0.4. This is a full release. You don't need older versions installed before. 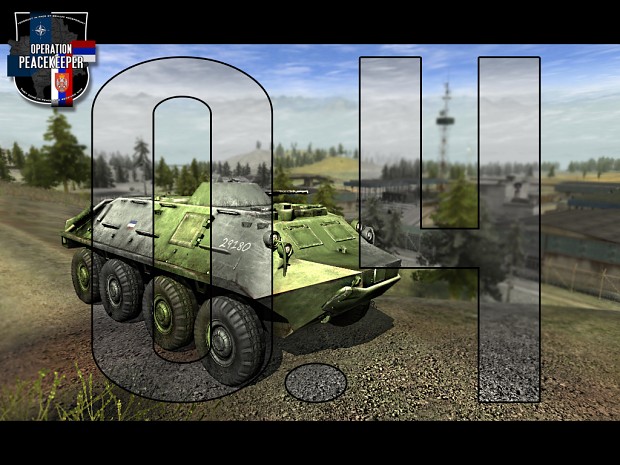 Are the Brits in there?

Great, a new update! Hope to see some full servers, last time I played, they were pretty much dead :D

Could you please add a list of all changes?
btw, why the patch is till refered as 0.32 in the Community mod?

Hello all Comrades!
First a big thank you to the devs about this new version of OPK and I do say "all my congratulations about this great and hard job".
This is a very nice present for 2014 new year!
I studied how to get best issues about OPK 0.40 new version in "coop mod" and in "single player mod" , because unfortunately I cannot find a trivial (easy solution).
At this time in "coop mod" and in "single player mod" all maps are crashing on the deskop when map is loading (I tried many and many solutions)
I am surprised because never I got this kind of problems with OPK 0.32 and also on other Battlefield 2 Mods.
But as you know I am an old rabbit and I continue to test OPK 0.40 and I hope I could find a solution.
Note: first I uninstalled properly OPK 0.32, then OPK levels then OPK core. Then I cleaned my PC register base using Ccleaner. After using 7Zip I tested OPK 0.4 Core files then OPK 0.4 Levels files.
After I installed "as an administrator" OPK 0.4 Core then after OPK 0.4 Levels. Then I restarded my PC. Then click mouse's right button on OPK shortcut. In compatibility table I selected only "run this program as an administrator".
Unfortunately OPK 0.4 here runs only in "Conquest Mod" but not in coop mod and not in singleplayer mod. Best regard! joeldecaroual
Note: This PC is running with Windows 8.1 OS with AMD (4 GB RAM) + 2 ATI RADEON HD 5700 video cards (video dedicated memory is 2*1024 MB)

Hello all Comrades!
About problems in coop mod and in single player mod I posted on OPK official internet site.
Please visit this link:
Opkmod.forumprofi.de
Or on Somua.com internet site:
Somua.com
Best regard!
joeldecaroual

i wish they create mirrors in Asia T_T

Is this game support multiplayer

NO MAP IS WORKING! IT CRASHED WHEN I LOAD IT UP.. how to fix it

So is there really no fix for the SP COOP crash ... has anyone found a solution?

SP is crashing also in COOP. Please fix this.

**** people who made this should were doing something else