Collect intel items to help you get to the next level and further the plot ! 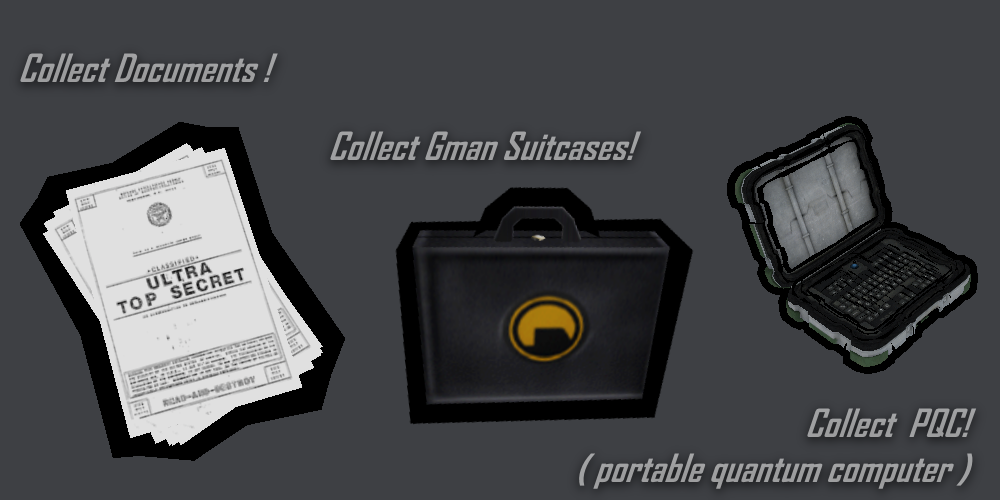 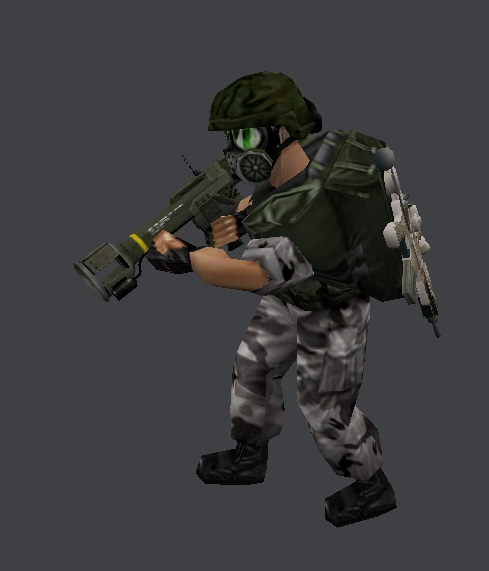 HGRUNT with RPG! Grunts can also sometimes carry a secondary weapon on their backs now.

Even climbing over walls!!! Watch out for hevgrunts crawling out of vents with their pesky crowbars. 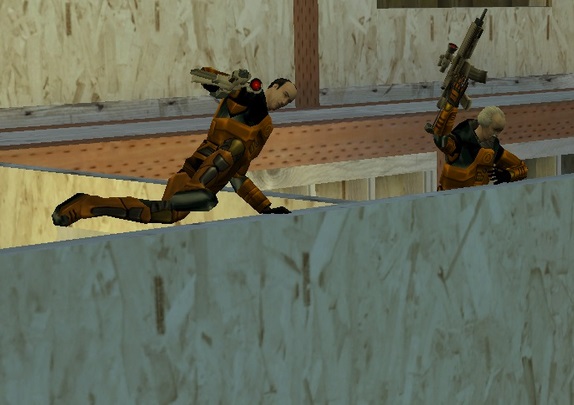 * Surf xen maps and mad platforming where you must collect extra crystals for xenian bartering !

Dish out all your best weapons when encountering the MEGA SNARK.

The word Occult encompasses many subjects,

despite only commonly being tied to things like magic.

Anything "hidden" can be considered Occult.

Aliens from the invisible dimension? Occult.

The word Scrim is commonly used by Counter-Strike players in the competitive scene. In this regard, Scrim is short for Skirmish. Often these team vs team matches would be conducted in private servers.

It is your job as a Black Ops Operator to make sure the events and information from Black Mesa never see the light of day.

Occult-Scrim is a game intended for the more hardcore audiences while still preserving fun / fast arcade-y elements. Experience the onslaught which challenges the player in dealing with a difficulty level which keeps you guessing if you will make it to the end. The intent is not the make the game too hard or too easy, but to dance on the line of uncertainty.

* The chosen positioning of alien monsters warping in.

For example, an area might have 15 warp positions but only 9 randomly picked.

* The timing and which monster type warped is also sometimes randomized.

This "portal storm" system ensures to keep you on your toes. Without being able to fully predict where each enemy will be, the players must dynamically react to ambushes happening all around them ( favoring skilled reaction shots over predictable pre-firing. )

For other in depth development insights visit the OSC discord !!! INVITE LINK: Discord.gg

Feel free to message me directly if you wanna chat or interested in doing modeling, mapping or programming.

Just a preview of whats to come. I don't really consider this a real FULL trailer as I've hastily put it together. However it is time to give a sneak peek of what I've been up to. Previously I have worked on HYPOVOLEMIA source mod on Alien Swarm SDK and ran the mod team for quite some time. Unfortunately due to various reasons that project has become wasted. In recent memory I have contributed my efforts to the game Tactical-Intervention on steam via level design / particle fx and sound.

Now I have begun to make a strong interest in learning more about programming, 3dmodeling and animation. Thankfully Omega has been kind enough to mentor me and take interest in this project, entirely making it possible! Also "DR G MAN" aka Djeeshka has made a return. Previously he has contributed maps / level make overs, textures and models to the HYP project and I have always considered his work to be the best among the team.

Until next time, many things will have to remain occult. haha!

I Hope This Mod Still Alive

I cant believe this is GoldSource, Its amazing!

hey, can you also make a first person version of this mod?

I Definitely will wait for this mod to come out. I hope you won't abandon this project.

really interested in the idea of different perspectives from people in the bm incident, cant wait for this to come out!