Nuclear showdown is a gameplay mod for Duke Nukem that adds many features such as new weapons, enemies, effects to the default game as well as usermaps - it is built so you can play your favourite usermaps with, even ones that use custom art. You can also play through Duke it out in DC if you have it.

The Redux version is the official v2 of Nuclear Showdown, fixed to work on newer versions of Eduke32 without the bugs.

First of all, thanks to Nightfright for patching what he could of my old code and trying to keep the mod alive. This version was based off his version. also thanks to M210 for hosting NS on his site and also trying to fix a few bugs.

Finally thanks to Oporix for releasing 'Block ignite' a usermap for Nuclear Showdown which inspired me to patch it so it's functional and relatively bug-free.

There's a lot of quality of life stuff I'd like to do (a more organic way of activating the new inventory items) but AMC TC is always beckoning in the background; however if people like the mod enough and make more usermaps than I would definitely do more stuff with the TC. 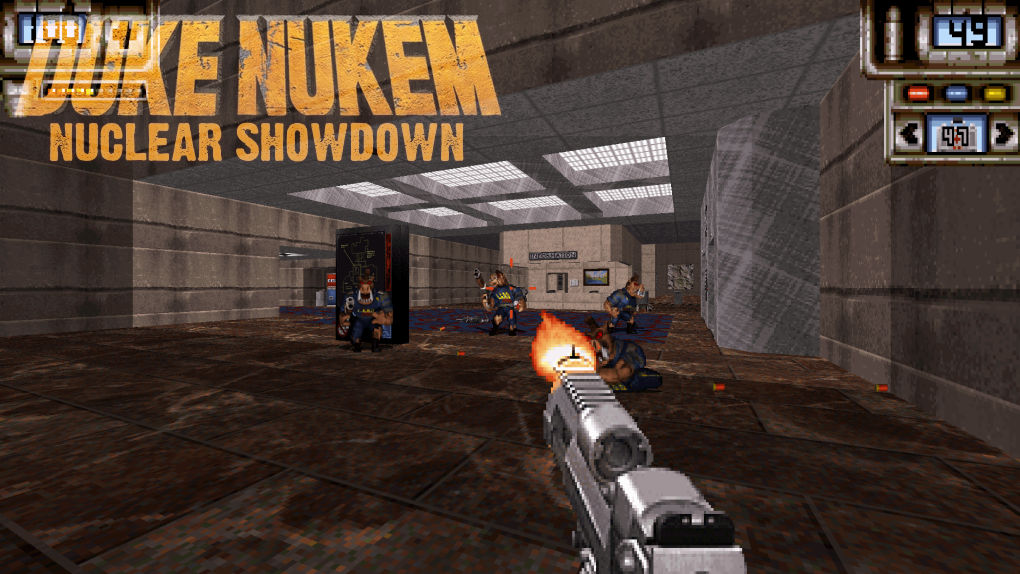 Nuclear Showdown v2.1 is released - this version fixes a few issues brought up and also adds a bunch of new content; widescreen artwork for the default weapons, new art for the Desert Eagle, and TONS of new Duke quotes (many of which are context sensitive) Also new is additive rendering for certain effects; the Shrinker Crystal now really glows in the dark (but not in full light) Another new addition is additional artwork for the babes Duke needs to rescue; no longer a army of complete clones, make sure to rescue them whenever you see them.

Using quotes from the PSX versions of Duke (only quotes used from around the DN3D era are used since his DNF voice is very different to his Duke3D version) Duke will now comment on a lot more things. There's still some things to be tweaked and worked on, but check out the following videos to get an impression of what's in store. A few quotes are also used in the Duke it out in DC episode.

To install, download Eduke32's latest snapshot from here, unzip into your Duke3D directory than download Nuclear Showdown and unzip into the same directory; than simply run Nuclear Showdown.bat to play. If you have a 64bit system, make sure to grab the 64bit copy of Eduke32 instead as it has some performance improvements. 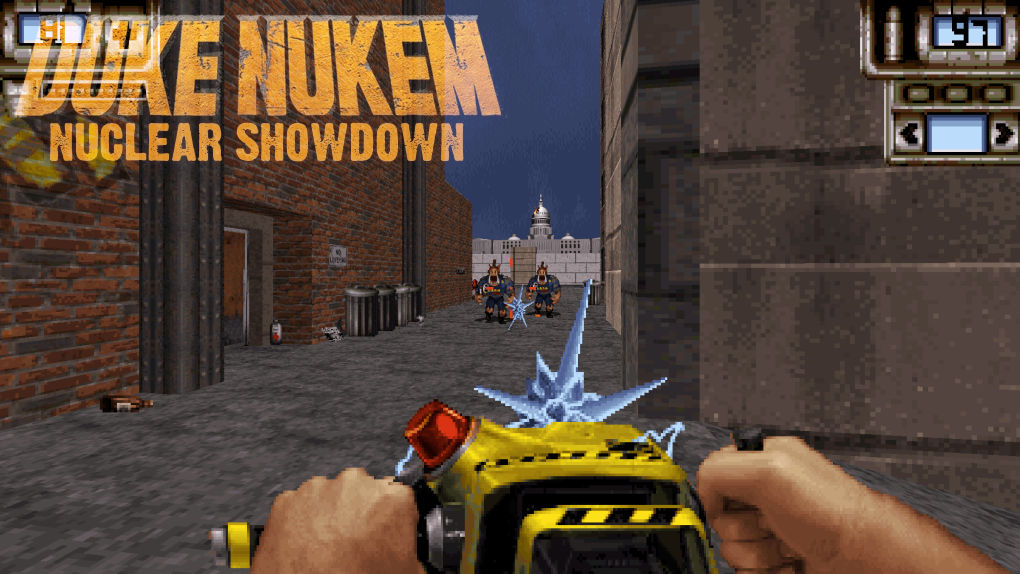 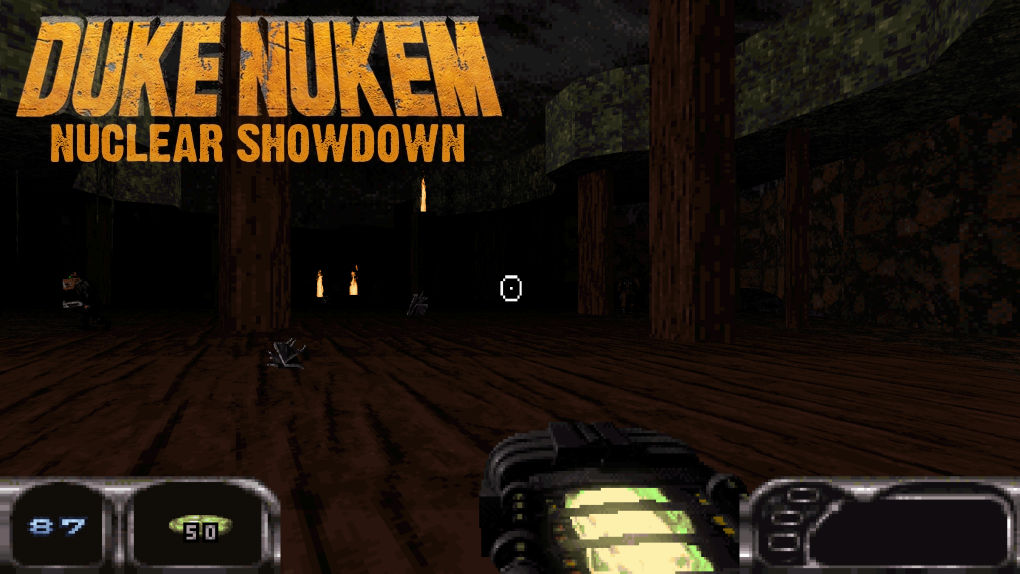 Here's some videos of the new version, the last 2 were recorded whilst in development (listed from newest to oldest)

This is the release of V2 of Nuclear Showdown, my old Eduke32 mod which added a slew of gameplay features to Duke Nukem 3D.

The third episode of the AMC TC, a huge standalone game based on Duke 3D has been released! Taking direct inspiration from the FPS of the 90s, you'll...

Nuclear showdown is a gameplay mod for Duke Nukem that adds many features such as new weapons, enemies, effects to the default game as well as usermaps...

So this doesn't add new weapons to the main game? I just started a new game in L.A. Meltdown and theres no new weapons, also the UI doesn't look like in the pictures and Youtube video. Where's Shaky Ground and Desert Storm maps?

I am really new to the world of mods an TC, however a quick google always solve my problems. Right now I am trying to play this TC and I am getting an error about .con files. I am trying to run it with GOG's Atomic version and eduke32 last version, is there something that I am doing wrong?

How in Zeus's BUTTHOLE! do you run this?

Used an older version of eDuke to get around .con errors.

My eduke was broken (i think I accepted the update at some point) luckily i had an old version of eduke32 and im able to run the game with it.

when i start the game says to me .con error

I cant get it to work. It gives me .Con error message. I tried to edit .bat file, but all i was menage to do is a "Nuclear showdown" message to show up and when i try to launch new episode some enemies are broken (dont move)

i have the same problem

how do i play nuclear winters new weapons in the normal episodes?