In Nightmare House 2 you wake up inside an abandoned hospital with no understanding of how you came to be there, only a vague memory of the girl from Nightmare House haunts you. Soon it will be difficult to determine between a dream and reality. How long will it take you to realize that escape is not an option?

As some of you may know, Nightmare House 2 has been broken for quite some time now. But we come bearing good news!

As some of you may know, Nightmare House 2 has been broken for quite some time now.
But we come bearing good news!

Around a year ago VALVE have introduced the "steampipe" update to Steam and as a result, along with many other MODS, Nightmare House 2 broke and stopped working, I have received tons of emails, PM's and steam messages from people ever since, who just wanted to play Nightmare House 2 again.
While people came up with a few "unofficial" workarounds, the game was and still is pretty broken at this point.

I tried to wait it out, hoping the problem would fix itself with another Steam update but eventually saw this isn't going to happen, and to be honest? I kinda wanted to update Nightmare House 2 for a while anyway.

So I gathered the old NH2 team, along with a few great friends from the very amazing Underhell MOD and we all started working on a new version of Nightmare House.
We've decided to update a few other things on the way as well! you can see more about them below.

The following are features you'll find in the new and updated version of Nightmare House 2.

Map fixes and changes as well as few new bits.

Additionally, we also have a MAYBE list, we're currently looking at these features, but we can't promise anything!

Even more new models and textures.

K.
So yeah, there you have it. 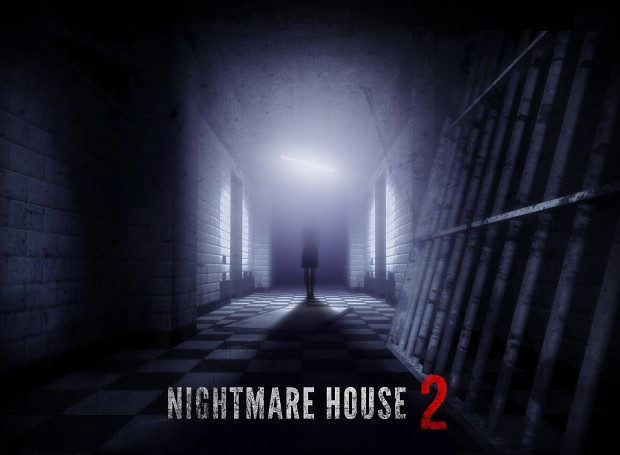 We don't have any actual release date yet but you can expect it to be coming soon.
We're also looking at Steam Greenlight, but we'll dig into it once the game is fully fixed first.

We're here for you, because we care.

Any chance of easter egging some Underhell stuff back into the new version of Nightmare House 2? (;

Also glad to see you're working on Dangerous Rays! :D

...Time travel at it's finest?

Will there be any consideration for a Linux port?

I am ready to compile the Mac OS X version, if you need it!!

Yesh! I still get scary moments in this game yet.

Excellent news! Maybe we'll see an added connection back to Underhell as an Easter egg... I am very glad that this is getting a large update. The first HL2 mod I ever played. In fact, first mod I ever played, period. Lots of nostalgia connected to this game for me. For the record, I would be willing to pay to help support and fund this project.

Whoa! This is unexpected. This is cool! I'd luv to see a remake of this game!

I knew deep down in my heart that you would continue working on this. :)

Been waiting a while for this.

Any chance for a greenlight on steam?

Are you kidding? There are separate teams...

And... Both "Games" just have reference on each other.. that's all.

awesome news, keep it up!

AWESOME YEA YEA YEA woooooohh.Just do you know when will it be fixed? so i can put my hands on it cant wait!!!!!!!

Any news or a Release date?

The letters E, K, and G are hidden in the article. ARG?

This is good news. I hope Underhell ports to 2013 as well for chapter 2/steam release.

This is pretty close to what I've wanted for quite some time! I'm really excited to see it in its reformed beauty!

Will there be more scares?

WOO! This is fantastic! I've been wanting to replay NH2 for a while now! Thank you so much for working on it!

You guys at WCS are MASTERS of the source engine. Two amazing HL mods that have both gotten the recognition they oh so deserve.

I hope this new version has at least one Underhell reference.

I am happy to hear that! NH2 is my favorite Horror-Game of all Time. If you Release it at the Steam Shop i would bye it!
And i hope the guys (and girls?) from Underhell will not screw up your mod.

Could anyone tell me if this is going to be done before 2015 ends? all I want is a yes or no, I am not going to go on a rampage. its well worth it if its not fixed by the end of the year. I would wait forever if I had to, too play this masterpiece again.

1/3 of the year left, my friend. I already translated the mod into german, tell me when the new version is finished, even though it'd be much easier to "simply" convert the mod to SDK 2007, because EP2 is very similar in the engine.

Glad I contacted you to see this! Hope everything goes well! If possible try contacting the Black Mesa team as well, maybe they can help you with certain elements?Either way it all looks great can't wait to play this! :)

Can't wait (literally) to play this on SDK Base 2013 instead of 2007! I don't imagine a fix to convert this over will become available any time soon, will it?

Kinda strange that so much time passed and still now any updates.

I am looking forward to playing this again, it is such a fun game!! Will it be available on Steam or your own site?

Hey Hen, how's it going? I know it can be considered rude to ask for status updates on projects, but it's not my intent. Anyways, how is the development going? How far along is it? I'm sure everything is going fine, but I just had to ask.

It's nice that will be a new version of the NH2 Source 2013
and please Hen7 that was free good: D

I love this mod. Have replayed this over 10 times, i know exactly where the jump scares will happend. No , seriously. This is the best game i've played. You have no idea how much i love this

Throwing a random comment here to let you guys know that we're still here working on the new version, and hopefully you'll be able to play it soon.