This is cooperative modification, which allows to play with friends in single-player story mode (standart week + apocalypse weekend).

Paradise is waiting for the band of crazy dudes, including you!

If you have steam, please install it via workshop, link below.

The new version of mod based on Postal 2 Complete 5024 build will receive major networking improvements.

Since NicksCoop v1.4.0 will be based on the 5024 build, it will receive various networking improvements, which were implemented right into the game.
That's right I have an access to the game itself, and I have implemented networking systems right into the game, this will improve the ping, the FPS and overall perfomance.
Finally we will have an actual TCP based server browser right in the game, which will allow you to find the server to join using the in-game browser, this also means, that we will start hosting regular servers for everyone to play at any time! 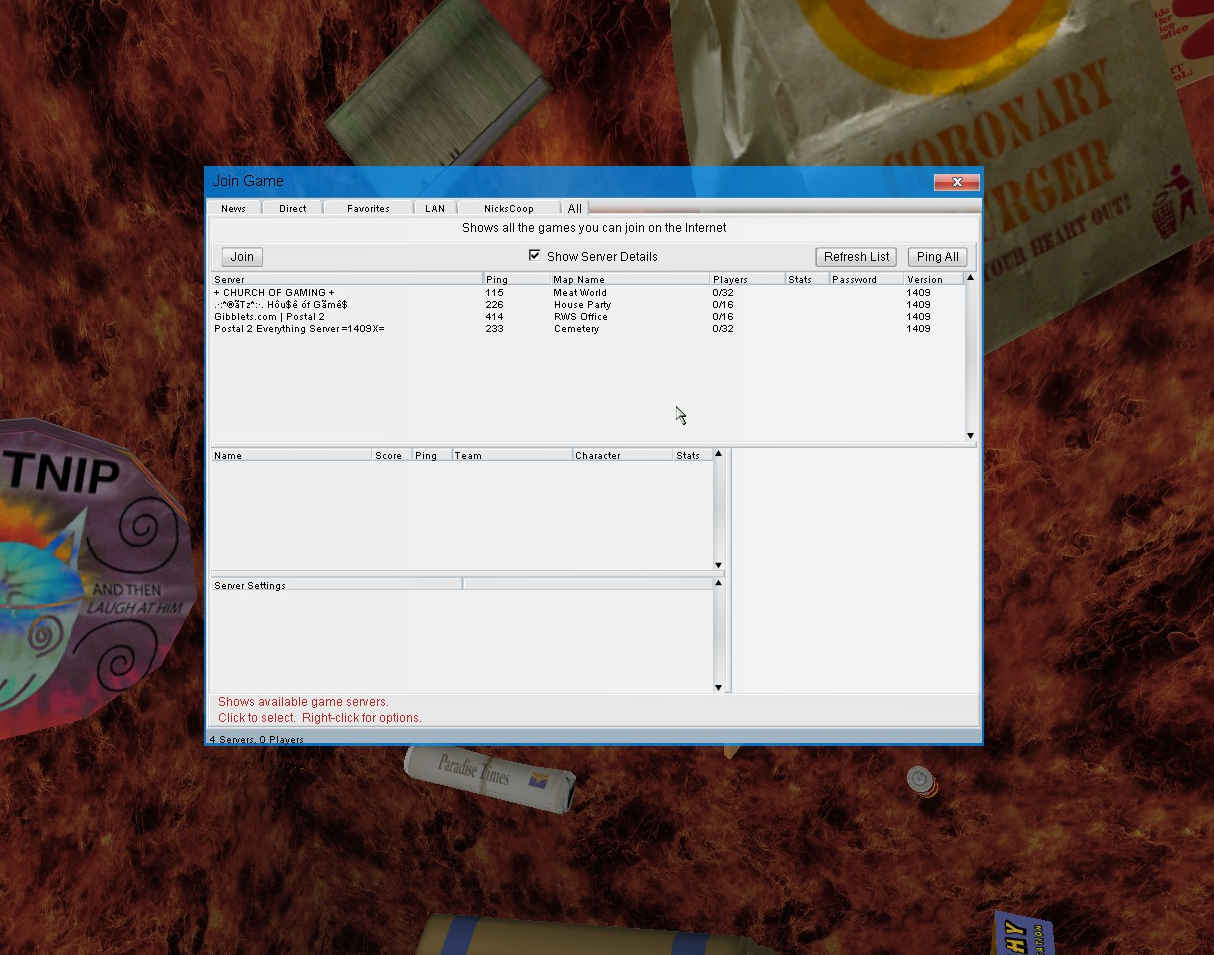 The new version of NicksCoop 1.3.0 is coming soon.

A lot of thing were fixed, such as server list, client animations, ragdolls and more other!

NicksCoop 1.1.0 [update] with a lot of fixes coming soon!

No actual working PL coop there, only a pile of files, which possibly can be compiled.

can it work on the gog version ?

I found out it dose work with gog version.

its not working. it says postal2coop.exe - entry point not found. how fix this

how do i install this mod

this is a cool coop feature,1 question tho i got,can i use this for awp 1.3 mod,it would be so fun to play with friends with so many weapons in 1,also does it work with gog version