Well, ladies and gentlemen, this is the last development update before actual release of this mod, containing the 2 last weapons of the pack: the Executioner and Razored Translocator.

Well, ladies and gentlemen, this is the last development update before actual release of this mod. All weapons are done, however some work is still left to do to truly complete the mod: some changes, enhancements and fixes, some features, optimizations, addons, support for future projects of mine, menus to tweak the settings, documentation (yes, I will make a full extensive doc on all you need to know, either you're an admin or player, dev docs may come later if there's any interest which I kinda doubt, so I won't do those for now, but I will let the code open like I always do, so...), and then a small private beta-testing to ensure everything is fine and then release.

And as tradition demands, a development update comes always with new things to look at, in this case the two last weapons from this pack: the Executioner and Razored Translocator, as you can see below.
One of the totally new things introduced with both weapons is the appearance of actual blood in the blades of each weapon. Not only "red blood", but 5 possible colors as mercenaries have green blood for instance. Each weapon has a command that can be used to clean the blood from them if you wish: CleanBlades (Executioner) and CleanRazor (R.T.).
For more screenshots of both of these weapons, check the images section here:


This is the melee weapon of the pack, it comes with 4 configurable different firemodes, from which you can choose 2: single, double, single+double mix and charged attack.
With charged attack you have pretty much the same destructive and impact effect from impact hammer, which means instant killing upon charging and "charged jumps". 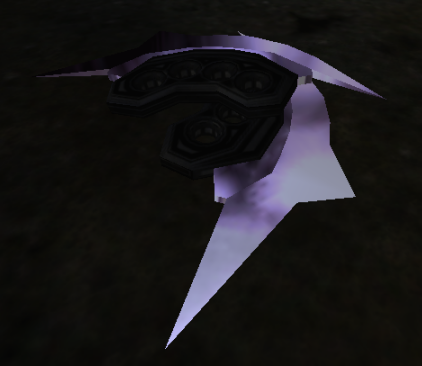 
The R.T. is a special kind of translocator that has 2 possible device modes: a regular one and one with blades.
The regular one will work pretty much like the standard one physics-wise, however once you activate the blades it will behave a like a Ripper blade, but hitting walls endlessly.
When you activate the blades, you can cut down enemies (several at once since it passes through their flesh) and translocate to great distances, however it brings the disadvantage of being bigger (so it cannot pass through narrow spaces), the travel is a bit more turbulent, it's slower to relaunch, and since it never stops you can never really rely on its position, and if you do monitor it, with the action UT has you may as well get fragged while you wait and look intently to the trajectory of this device.
But if however you don't like one of the modes, you can disable either one, as configure lots of settings, such as: fx, sounds, speed, etc.

There are 2 new fx you can choose from (actually 4, but 2 of them are: no fx and standard teleport fx from UT):
* glowing team-colored particles: these leave a glowing decay in both points that quickly fades away like dust;
* dark particles: basically the dark version of the one above (better for dark places to not be noticed).

Well, I won't announce a final release date just yet because bad delaying-kind stuff happens whenever I set a date, but I would say that the progress is pretty much at 95% now, so all I ask you to wait a little bit longer as it's almost ready.

Thanks for your support so far

Matrix moves + Nali Weapons + Double Jump = Best combo ever!!!!
Been waiting almost two years now but was well worth it to prep for the release!!!!

The logo itself says it all :D