This article provides all the details of the new Advanced Random Map Generator for Might & Magic: Heroes 5.5. The Advanced RMG is included in the installer of the Mod and doesn't need to be downloaded separately.

The Advanced RMG is an extensive modification of the Heroes 5 internal RMG that used to be terrible, but has (as it turns out) far more potential than was known until now. The internal database of the RMG will be extended with no less than 30.000 lines of code. The Advanced RMG is not a new set of templates, it has many new templates, but most of the template settings work differently now since the RMG itself is heavily modified. Making all old templates useless. Using the Advanced RMG the player will have full control over what kind of maps to create. How many towns per player? Players far apart or close together? Large or small treasure zone(s)? etc.

The list of improvements over the old Heroes 5 RMG is long:

-The Advanced RMG places ~30 more adventure objects and and an additional 480 (for a total of 720) random mixed neutral templates. The object and army variation will in fact be much greater than the H5 maps currently in existance (causing myself at least to play ARMG maps exclusively at the moment) -The ARMG now places 28 new artifacts + 6 new ultimate items obtainable by quests.
-The ARMG can balance player starting areas much better (only differences in adventure objects that have minor impact on the game such as morale boosters remain).
-In addition to towns, dwellings and mines, Witch huts can now be placed exactly symmetrical, Shrine and primary skill boosters are precisely valued.
-The ARMG can distinguish between early, mid and late game areas and properly adjust challenges and rewards to the player.
-The ARMG can generate up to XXXL 320x320 with underground maps and keep the late game areas interesting when you enter them for the first time with your lvl 36 hero. Thanks to the MMH5.5 Battle sites improvement this even applies when the maps are played non-linear.
-The ARMG places all the objects missing in the original RMG except the swan pond. The Dwarven Warren however functions as a windmill and the windmill as a waterwheel (this only applies to RMG maps, not human made maps).
-The ARMG does not randomly swap between valuable adv objects like artifact merchant and weak adv objects like war machine factory.
-All new objects are placed with respect to blocked and active tiles and many more objects are guarded.
-Objects are not placed completely random, but only in areas where they are useful and don't ruin the balance.
-The ARMG can handle a much higher object density and can place if necessary objects closer to towns
-ARMG has greatly improvement artifact/monster placement. Unlike the old RMG the ARMG does not sometimes fill complete areas with the same useless (sack of endless gold) artifact. Late game areas have better artifacts and stronger monsters.
-The ARMG places seer huts with random generated quests. The seer huts know which artifacts the RMG has a tendency to duplicate and therefore collecting more then one is rewarded. This will turn duplicate artifact placements in a fun feature.
-The ARMG has improved Dwarven underground scenery, you no longer walk through a gigantic overly bright field of torches, the new lightning is more 'fiery' and the structure more ‘classic RPG’ maze like with more columns, lava roads and new interactive adventure objects such as mineshafts and abandoned rail wagons.
-There are 2 new battlemaps for the Dwarven scenery and 3 battle maps will have random obstacles
-There is are new landscape themes for almost all factions and all tiles use better quality DXT3 textures and/or new HD textures.
-Improved Dungeon underground, better atmospherical lightning.

IMPORTANT There is a relationship between artifact prices and RMG artifact placement. Artifact prices were one of the many reasons the original RMG was f***ed up! In order to satisfy both requests for better balance and fix the RMG all artifact prices are ~1.4x-2.0x higher and /4000. Do not mess with those prices or you mess up the ARMG and all the templates! Please notify any issues you have with artifact price balance on the forum, so I can make proper adjustments.

-Sometimes in the dungeon or inferno underground an unguarded treasure is placed in unaccessible territory.
-Sometimes a grass texture is added to the Academy theme.
-rarely you can walk through a thin dwarven wall section.
-very rarely the guards between 2 zones can be walked passed without a fight.

The new manual for the Advanced RMG will provide visualizations of the zoning schemes for all new templates. The templates shown in this thread are not all templates currently available and more templates can be expected in the future.

As an example I have generated a necro vs haven map with the 2P-Std-M-(All) Template, you can clearly see the the 3 zones. 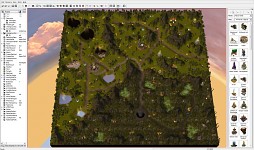 Let’s apply filters to make clear how the ARMG did a much better job than the old RMG. The ARMG has placed exactly the same amount (3) of Witch huts in the player starting zones and also the same amount of medium quality treasure buildings (2). (This also applies to dwellings and mines, but the old RMG could already do that). The treasure zone is 100% filled with useful mid/late game content. 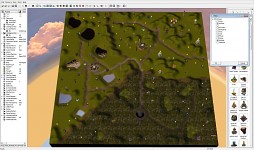 The ARMG only exchanges ‘weak’ random buildings such as refugee camps, mills, war machine factories, but it does not exchange warmachine factories and artifact merchants. The amount of artifacts is not always the same, this is because the ARMG doesn’t use the amount but the artifact prices as balancing mechanism! So less artifacts means better quality. I was able to reduce the chance for duplication from the old RMG, but it cannot be prevented entirely since if you ask a computer to come up with 10 random numbers there is always a change it comes up with the same number twice. 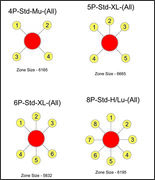 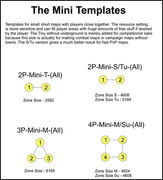 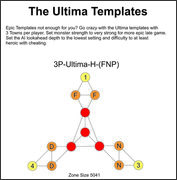 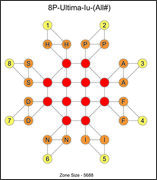 Trying to wrap my head around the lots of acronyms used in the templates but the images are too small to read anything.