MMH5.5 is an unofficial expansion pack for HOMM5 Tribes of the East (standalone) or HOMM5 Complete. The pack will include many new adventure objects, new larger battlefields, new heroes, new classes, new specializations, new skills, new artifacts, new adventure spells, new HD textures and a greatly improved RMG with more than 60 'visualized' Templates. The AI is much more intelligent and calculated much faster. Balance is also greatly improved both for small competitive multiplayer maps as well as crazy XXXL maps with countless epic battles vs Neutrals and AI.

RC6 is released, with great thanks to Deflaktor's reverse engineering efforts RC6 will bring some spectacular new improvements, fixing fundamental balance issues between might and magic classes existing since TOE. Might classes will no longer be negatively affected by small map sizes, while maintaining magic class late game strength.

Mass Spells will now reset ATB to 0.1, while sorcery will give a 12% ATB boost per mastery level. Spell costs are adjusted to reflect true effectiveness of the spell, mass spells are more expensive.
Magic heroes will now recharge much quicker if they cast a single spell instead of a Mass Spell. For example haste on single creature resets ATB to 0.36, while mass haste resets to 0.10. 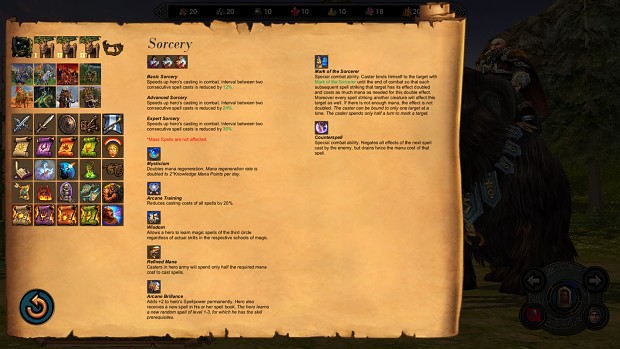 - First Aid tent healing power is always based on hero level and now has 3 shots. 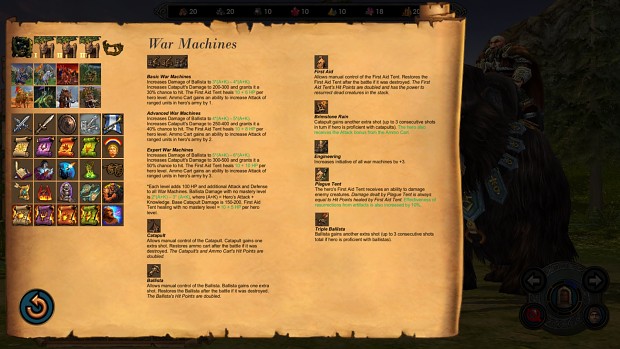 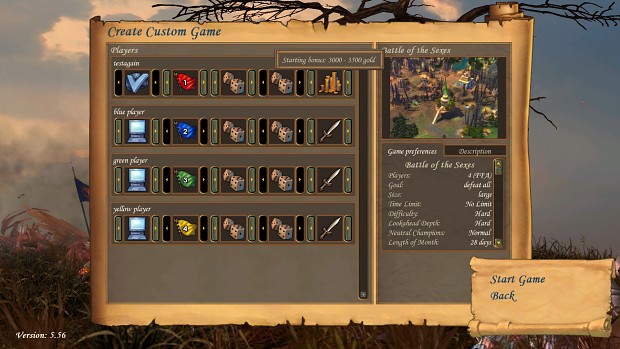 - All 4 elementals are now equal in strength, earth elemental initiative is now 9 and HP=50, fire elementals were overpowered and have their damage reduced.

Town Buildings give some more bonuses to classes that were lacking them.

- Infernal Loom gives extra cerberi to heroes without gating.
- Overlords get Defense instead of Knowledge from Hall of Intrigue.
- Assasssins and Overlords gain +1 Attack for every altar of primal order.
- Druids receive +1 spell power for every sparkling fountain.
- Wardens receive +1 defense for every avenger brotherhood. 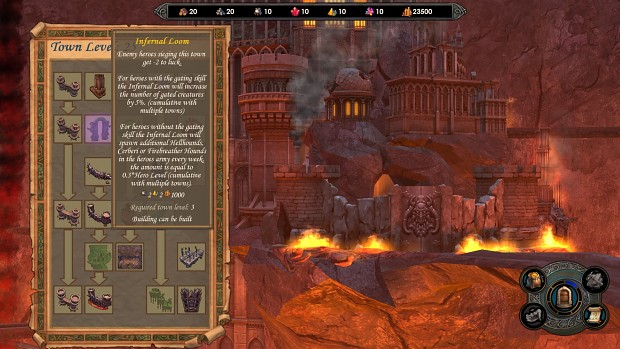 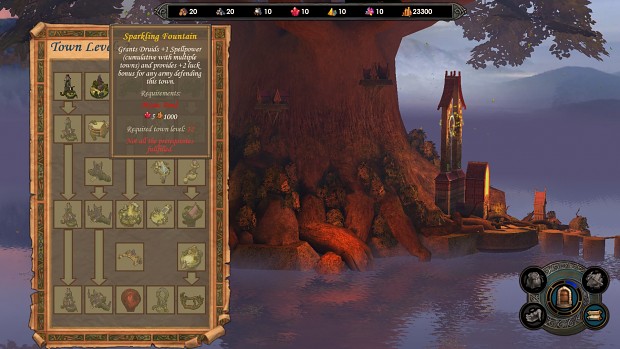 Change Neutral Stacks to ANY SIZE!

The size of neutral stacks standing on the adventure map can now also be modified by any % in the H55-Settings file, be warned however that the game will lag for a period somewhere between 10 seconds or several minutes at the start of a new map during the stack modification process.
The actual time depends on the performance of your PC and the size of the map. During the process you cannot open your townscreen so you know when it is done when you can open it. The game will not lag if you keep the default setting.

This feature will offer all kinds of new opportunities, because the ARMG places lower level monsters on medium and higher level on impossible you can for example choose to play a map with many huge stacks of low level creatures or many small stacks of high level creatures. For a good balance it is probably recommendable to use very strong and then adjust the size to your playing strength.

All creature abilities that have probabilities have now extended descriptions that give some useful examples for evaluating the actual strength of the ability. Trigger chances are readjusted for the larger neutral resistance from H5.5 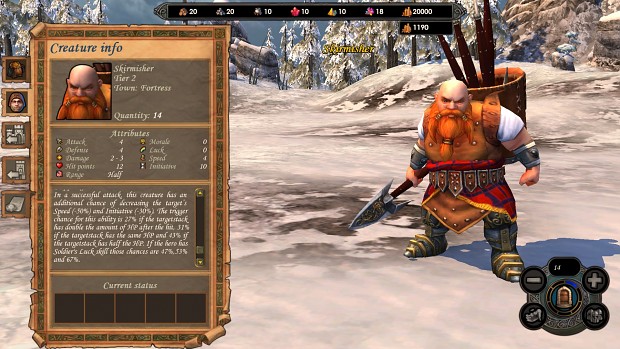 All upgrades have been mathematically reanalysed to assure a ~99% perfect system of equally powerful upgrades with maximum variation in available tactics. Mostly only minor changes were required but there were still a few more severe cases.

The mod is very new, but people are starting to gather on facebook, check out: Heroes 5.5 Tavern