This article will detail the coming update of the Advanced RMG.

This will be a big update for the Random Map Generator, there will be many new templates and also many fixes and balance improvements to old templates.

-The ARMG will be better at creating maps with smaller zones and maps that use a very small map size.
-The experience setting is improved to make both setting 3 and 4 useful on all templates. 1,2 and 5 should still be largely neglected.
-The density is of maps will be slightly higher, actually by mistake this was already the case in RC11 (not the demo maps), but the templates were not properly adjusted to it, so after this update they will be.
-ARMG Manual was largely rewritten and more settings clarified, now the first page conveniently mentioned everything that is really important while everything will be explained in more detail within.
-The very outdated Demo maps will be replaced, with 30 new demo maps that have all been preprocessed. The new demo maps will use 'random artifact blocks' and mostly player slots with faction selection. They also have scripts activated for LAN and hotseat use. The demo maps can be deleted simply from the map folder when the player relies on his own generated maps. Hopefully their new location will prevent the loading issues in LAN. 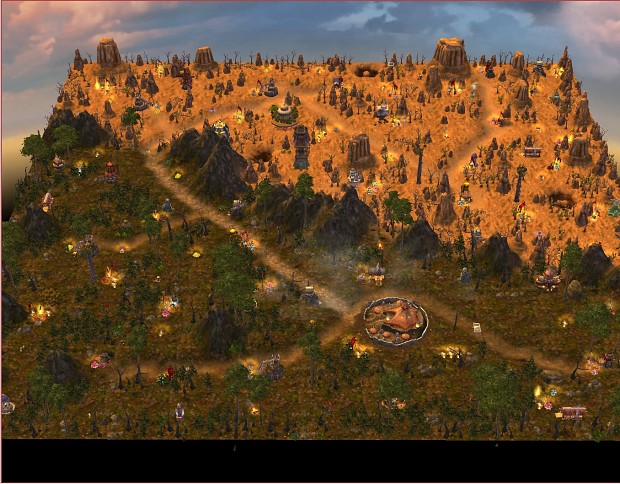 - New popular templates from heroes 3 for more multi-dimensional gameplay on which players can be attacked from many different directions. 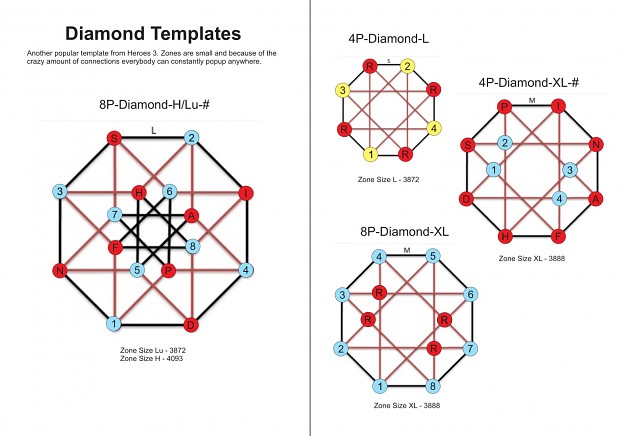 -More famous templates from Heroes 3 will be added.
-Some new templates will have versions for 2 different zone sizes, to allow for more complex layouts on smaller size maps. 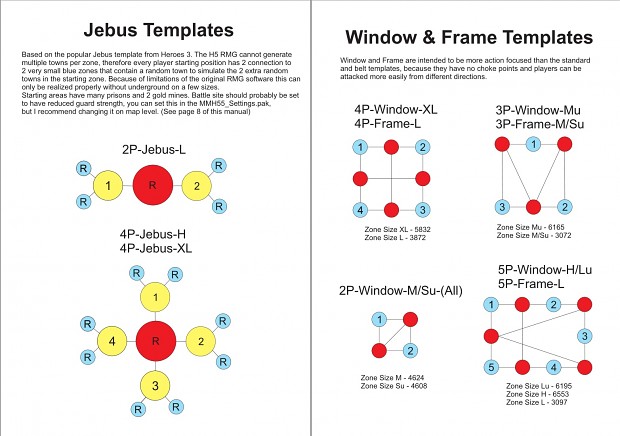 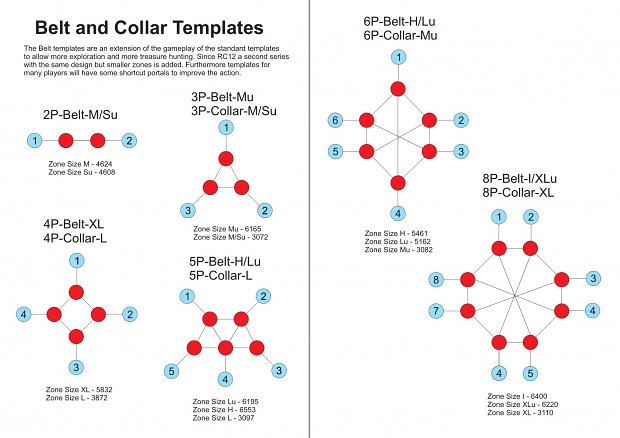 -New plain templates will use the RMG in a unique way creating one level a map with underground as a single giant zone. 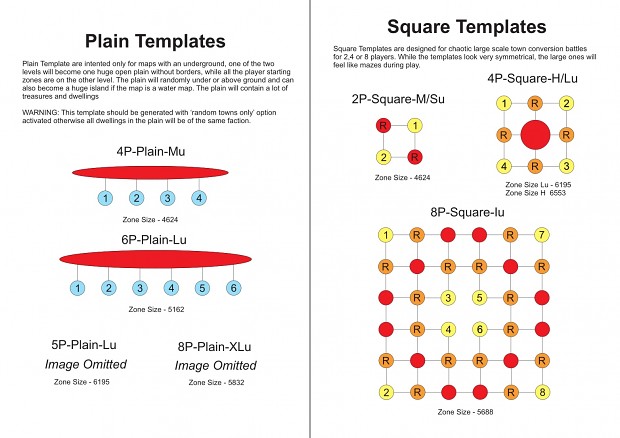 Because there are now so many templates there were also some that have been removed. The new epic and ultima templates are supposed to be played with Town Conversion now, since the restrictive prefixed factions on the old versions of these templates were from before that feature existed and they had excessive availability of resources anyway. 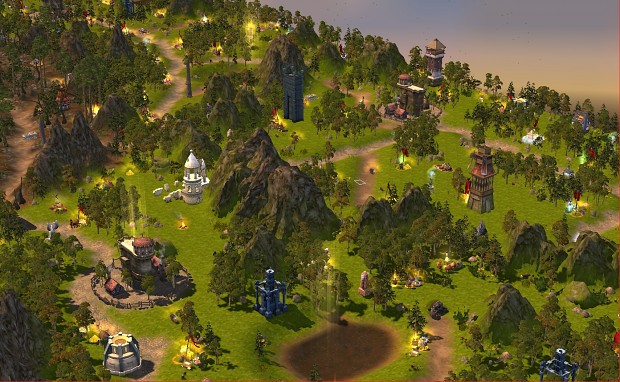 This looks like fun, I'm looking forward to many lost days of exploring these new maps. Thanks for all of the hard work you guys put into these mods, I've enjoyed Heroes 1 through 5 immensely over the years, and the HOMM5.5 mods keep me playing to this day!

Please keep up the good work!