Killing Floor is a survival horror total conversion set in London, England. In a laboratory under the city, a series of human experiments in cloning and biological augmentation are being conducted by the employees of "Horizon". Horizon is a BioTech corporation formerly employed by the government to do the R&D on a top secret series of synthetic combat drugs which would enhance the effectiveness of soldiers in the field. Horizon's funding was cut, when their practices were deemed too immoral even for such a controversial project, but the research didn't stop. Funded by private money from the deep pockets of Horizon chairman and research scientist Kevin Clamely, tests continued in a more...private location. That was until something went wrong. There were reports that the lab had been comprimised; that the subjects were behaving abnormally...then, silence. Several days later, twisted shapes began to emerge from the confines of the lab into the city above. 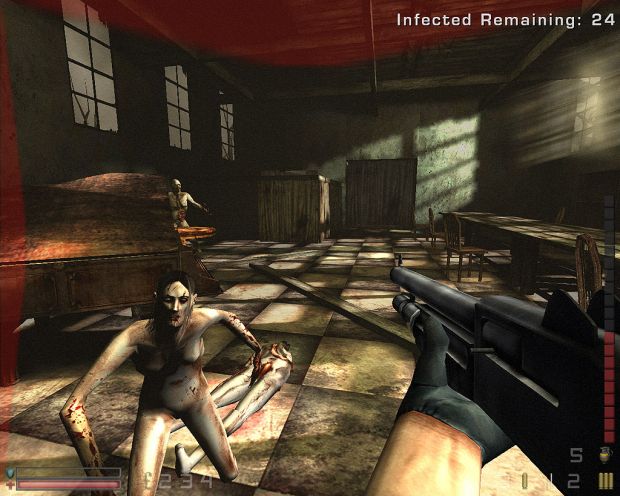 Far zombie: I WANT TO PLAY THE PIANO !
Near zombie: Jesus Derrick first kill the human then you can play the piano !
Far zombie: OK aunt !
Human: BOOM HEADSHOT x3