Hello. It's been a long road but Keys is finally finished and ready to be set out into the wild. We hope you enjoy playing it.

You can download the mod here on Moddb. Or you can download it directly from the site. Make sure you have the 'Source SDK Base 2013 Singleplayer' installed as all future mods will be running on it.
If you experience any problems in-game just remember to read the readme.txt that comes with the download. If that doesn't help then just shoot me a PM here.

The fantastic soundtrack by Logs From Borland is released on Bandcamp at a pay-what-you-want price. Get it here. It features a lot more tracks than the mod. 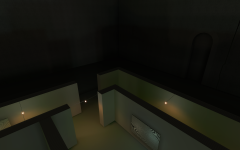 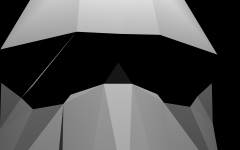 Thank you for following us after all this time. I'd like to personally thank each and every person who helped and supported this strange little creation of mine. It's been quite an experience.

Keys has undergone some major changes and updates.

Explaining the Design Goals of Keys

I hope this clears a few things up about the mod and what you can expect from it.

The Making of Keys

File contains various screenshots and maps from the making of Keys. Might interest some.

Keys is now packaged for the Russian audience. Translation by William 'vcool' Phakt.

The final full version of Keys has been released. I hope you enjoy it.

.....however, I found no purpose of means of doing anything: I actually 'figured out' how to climb to the roof (throwing a box onto the lower part, then climbing onto the box)....I was unable to do anything else other than this.

looks illuminati but whatever I'll try it! :D

No, sadly, you can't. You have to have Half Life 2 which isn't that expensive.

Actually you only need TF2, which is free. And then go to the Tools tab in Steam and install the Source SDK Base 2013 and that's all you need installed.

It also comes with nearly every Source game now, including Garry's Mod I believe.

Really loved this game especially how the story was pieced together throughout the game!

Really cool mod man, I loved the bloom effect on the maps!

This mod is great for people who like exploration/story-driven games like Dear Esther. I didn't really understand the story that well, but I felt that was the point-the developers did a good job at giving an ambiguous plot that could be translated by players to suit their own emotions and so they could find their own meanings. The music is superb and although the puzzles aren't particularly difficult, they do get the old grey matter working a little bit. I feel that the mod could benefit from voice-acting…

Save the Monk 3 Half-Life 2