Jurassic Park: Expansion Pack is a massive modpack/total conversion of the 2003's game Jurassic Park Operation Genesis, that focus on creating your vision of Jurassic Park, but, we all already tryied to recreate the original park, the movie one, Isla Nublar, with all the 7 classic dinosaurs,etc... Now! This can be better made with the JP:ExpPack!

What changes in JPOG with this mod?

In general, Dinosaurs (obvious); Buildings; Gameplay in general; Models; Music, sound effects and GUI; All dinosaurs inside the game got a new improved and recreated model, with the classic jpog style. But not only that, dinosaurs now share movie accurate Skins, movie accurate sounds, and new improved Behavior, according to each dinosaur in the movie...

Buildings also got new improved models, according to the movie too, some also was adapted to the Universal Orlando structures (Kiosk becomes Pizza Predatoria for example) and others got changed to new buildings (Welcome center now is just helipad/ Hatchery is now Breeding Facility)...

After all, why JPEP is so different from other mods?

Pretty sure you're thinking, "okay a new Jurassic Park canon mod as usual, what's the new in this one?" Well, let's prepare a list here:

There's much more buildings coming up but i won't say all of them, let's keep it misteries :]

Please keep in mind this mod still VERY EARLY WIP, there still alot of things to do for the pack, a bunch of models to finish, textures to do, sounds to make, everything is a big job for one guy, me (Lucca2951) so i would like to count with the patience of everyone, this modDB page will be update regularly while new things comes up, you guys can follow my Twitter too, where i will be posting updates for the mod and sneak peeks, thanks for everyone who's following and supporting JPEP, and remember! SPARE NO EXPENSES!

Hold on to Your Butts!

It's been quite long time huh? but here we are! After almost, umm, 3 months? let me count, yeah yeah 3 months of inactivity and no responses to what happened to the mod here i am back again, there was many stuff up to me not just work on the mod (well there still these stuff) but, i'm not gonna just abandon it,anyways, TO THE NEWS!

DINOSAURS: Many stuff has been done on the dinosaurs back in april and recently, specifically today lol, many of these updates are in the skin terms, revamping the skins that had some flaws or needed upgrades for accuracy, out of these, we got Dilophosaurus,Trex and Velociraptor:

As you see up here ^ the first version was made back up in november, pretty old, later on back in february of this year i updated the shading of it and added more scale details, and today(yes exactly today) i recolored all the shading to something more like the actual JP Raptor, also it's on my plans to redo the fingers and feet to something more, realistic than just flat claws lol! 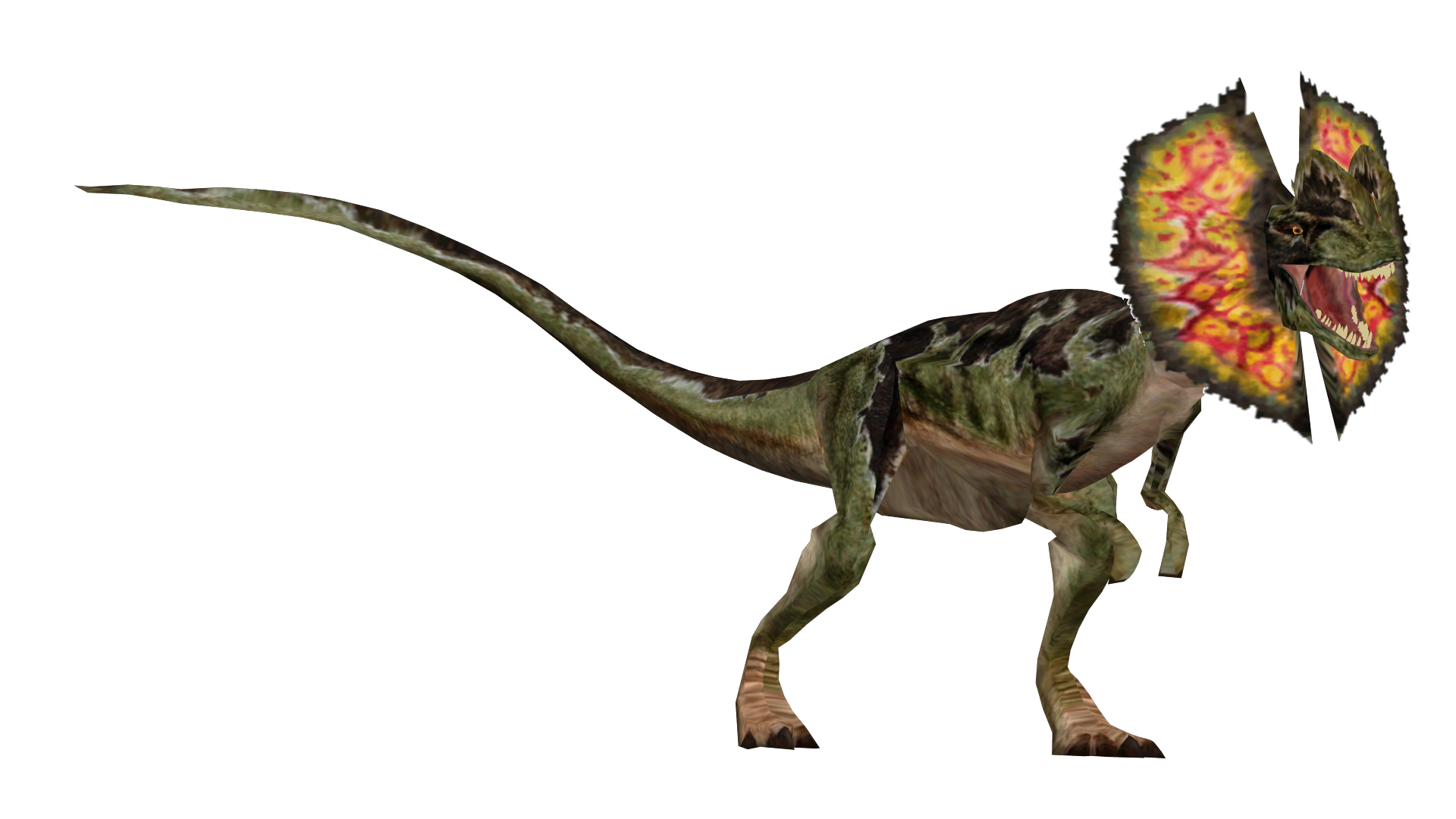 Here you see the newest Dilophosaurus skin, the older one was, too unnatural and too much saturated, so i asked EchoGreen to use his on the mod, the model stay the same, for now, i plan to redo the fingers and feet on this little guy too, also make the frills abit bigger :P 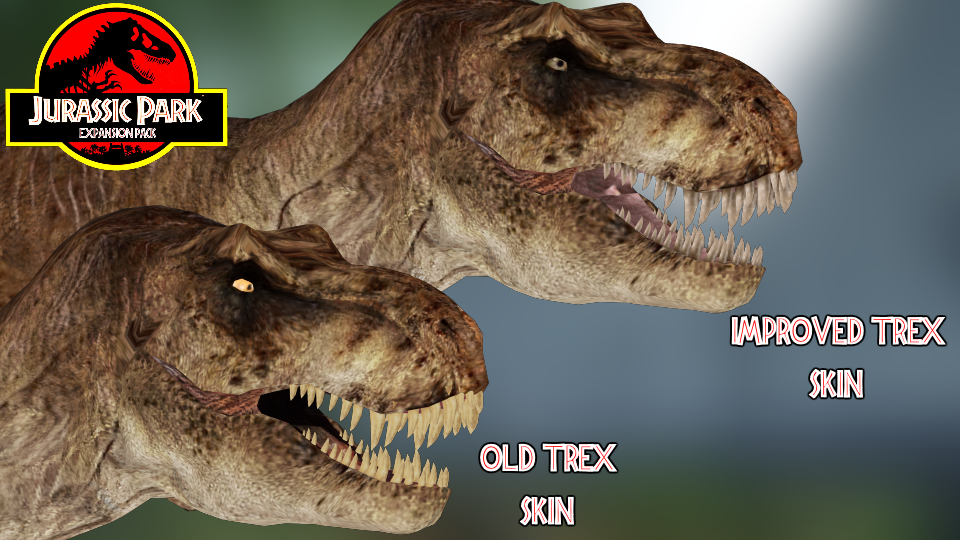 Last but not least, Rexy got minor updates on her skin (since let's admit the damn eyes were weird af) with that Rexy is 90% complete, just needing new Behavior now (yipee!!)

ISLAND: Ok, about the island in general there isn't MUUCH news like the dinosaurs or the buildings, all the flora of the island is currently getting a massive Re-work, since most of it doesn't match much with the style of the mod, currently going to use SpeedTree to develop my own trees, some other things includes the addiction of new birdies, and new skyboxes (god finally), and that's it, maybe on the august article i can get more things but for now that's it...

(The INGEN Chopper skin still a bit messy i'm still trying to get some realistic shading effect on it, specifically since the game don't have normal maps)

STRUCTURES: Ohhh hell yeah the best part! After all this period of time we finally got a new fence! i guess it's one of the first new fence models on JPOG for now, including the AOG ones, also talking about AOG, i would like to Thank SynchroLight who imported the fence into the game for me,which was a big help! Now, check out the Dilophosaurus Styled Low Fence! 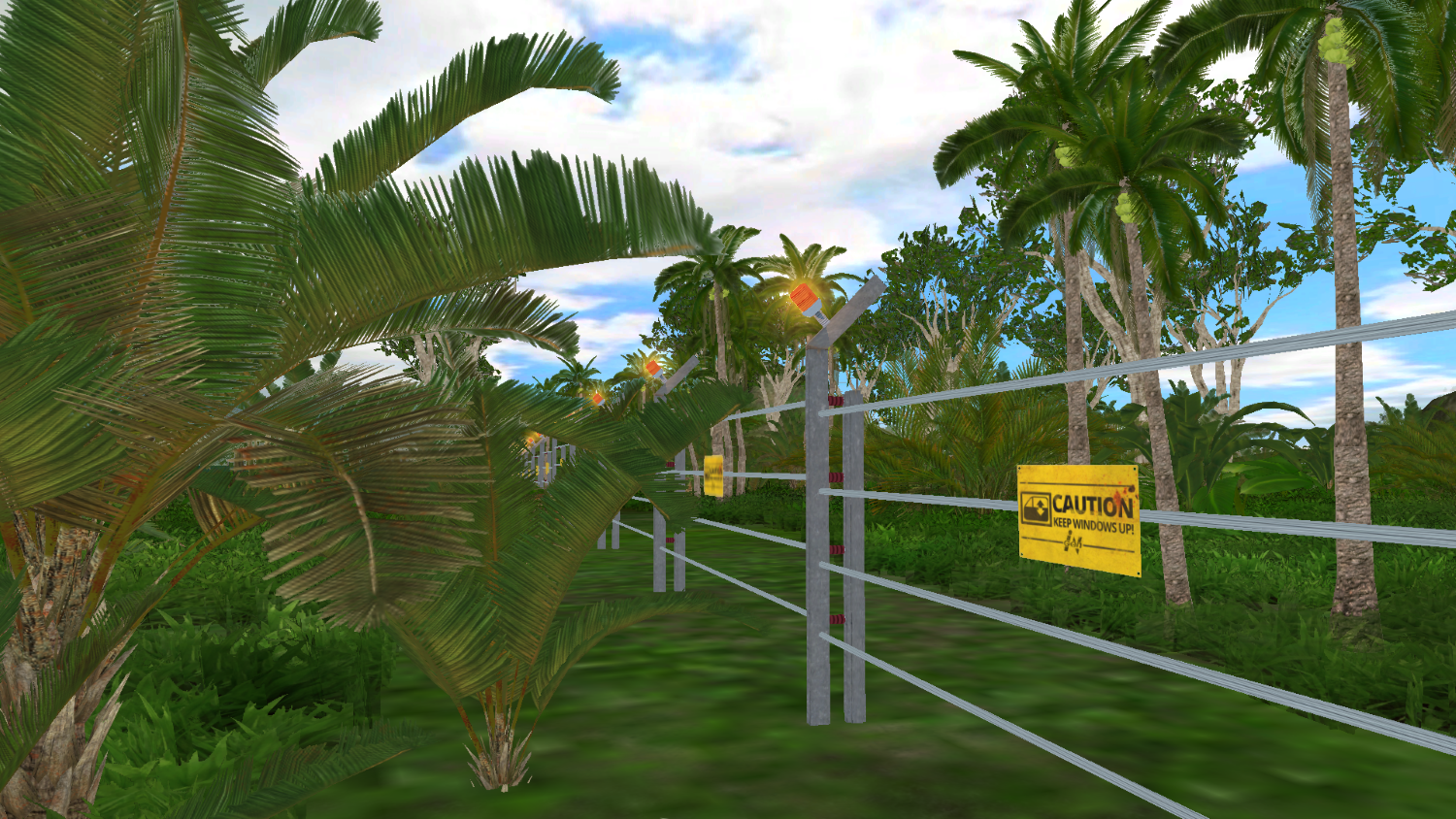 I know isn't anything really spetacular, but it's already a damn progress on the mod, aaand, talking about the other structures, Visitor Center still on hold sadly since the original JPOG VC is a pretty big mess that i need to fix things here and there, to make it compatible with ours, which will take time!

If you still reading by here you're pretty interested on this mod huh? lol, now serious, thanks for everyone who is supporting the mod and for everyone that didn't lost hope when i got inactive, thanks ya'll! And remember, Spare no Expense!

The 7 classic Dinosaurs from Jurassic Park finally added to the mod, upcoming Visitors Center model, and much more in this December Development article!

Aww man.. ¿Why are the best mods always canceled?

Anyone know anything about what happened to the mod? Or about its author?

Any news on the mod?