A new film canon mod (FCM) using the latest advancements in JPOG modding to bring you the best possible JP experience in JPOG. A spiritual successor to JPL's FCMs and a reboot of the FCM:HD this mod looks to make JPOG more true to the original trilogy. New models, edited animations, new sounds, new skins and even custom ENB settings to ehance certain weathers can all be expected.

Thanks for voting and helping Jurassic Park FCM Revived on it's quest to become the 2021 Mod of the Year. You are now in with a chance to score some free games from our #modlove collection. Help this mod secure more votes by embedding the widget (or link) we have included below on your favorite sites.

Completion of all dino models + phase 2 of development

Hello all! It's been quite a while since I've posted one of these and I felt it was an appropriate time to do a lengthy post considering the fact that all of the dinosaur models are basically done. Before I get into that I want to show off the final three dinosaurs: 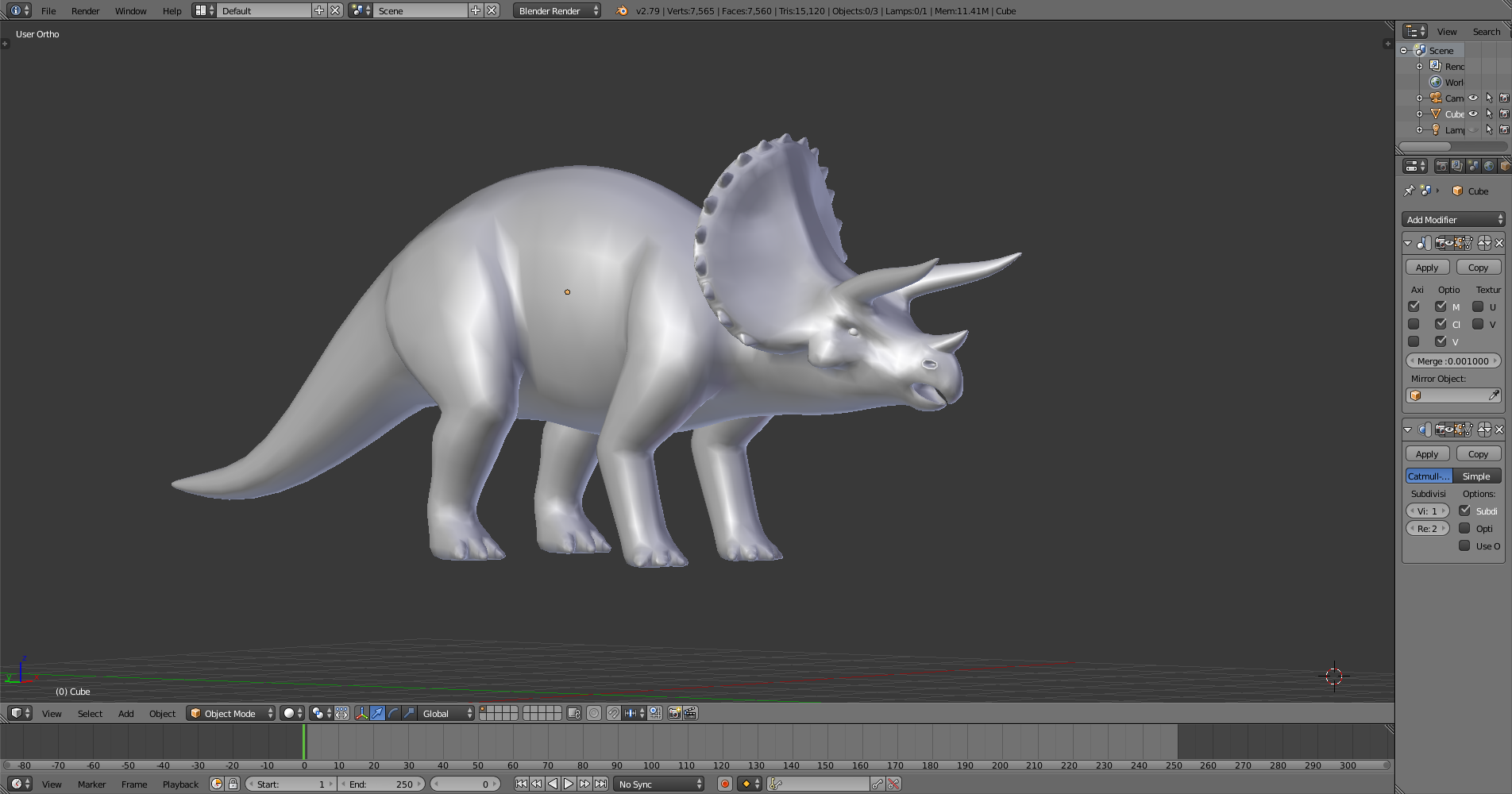 First up is the Triceratops; there will be two models to chose from one is the JP version you see above and the other is the TLW/JP3 version: 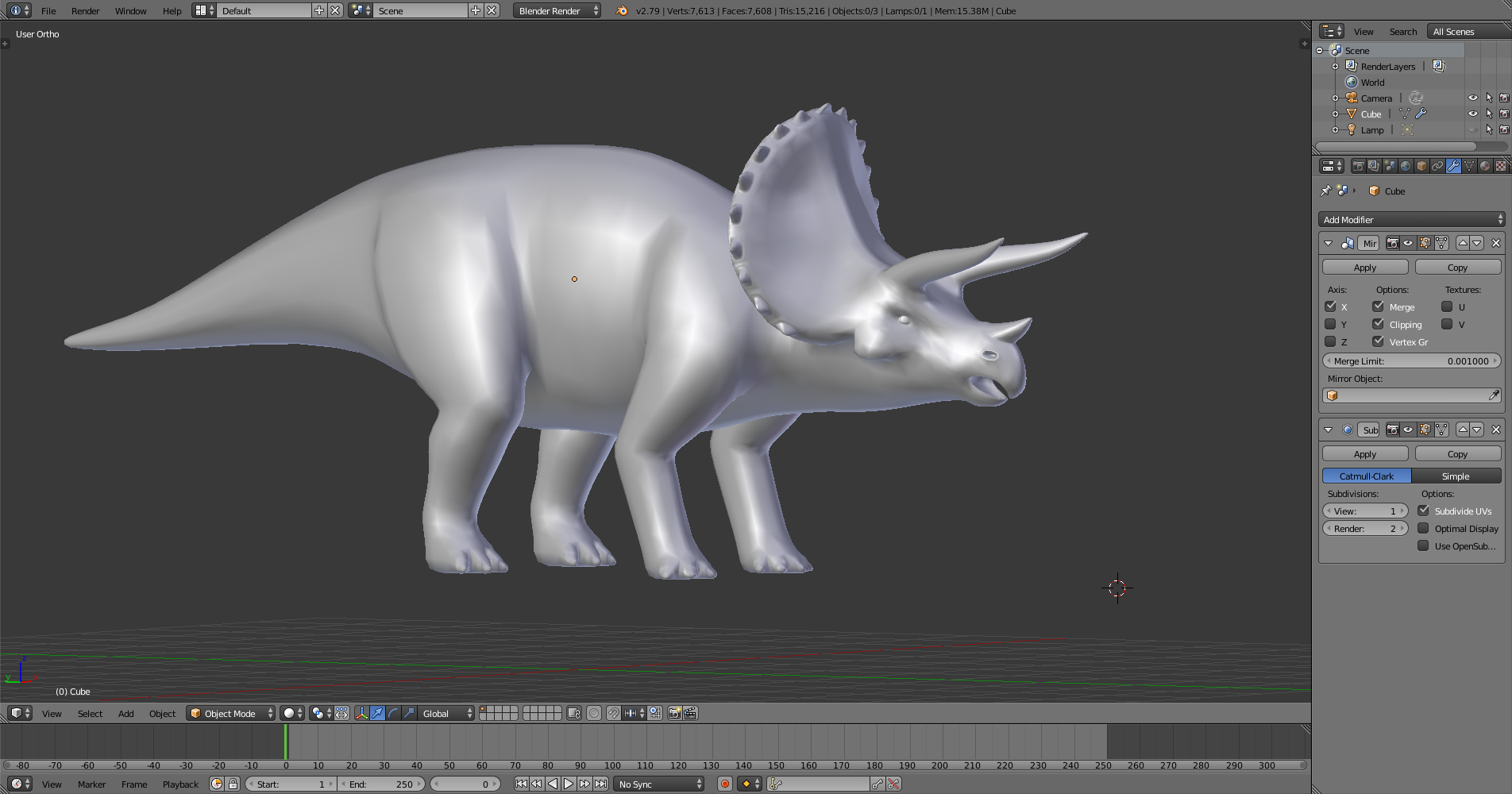 Because it isn't clear if the individual from TLW is a female or not I'm not yet sure if you'll be able to have them both in game at once. However, there will be 4 skins for the triceratops. Two for the JP version and two for TLW/JP3 version each using their respective designs. 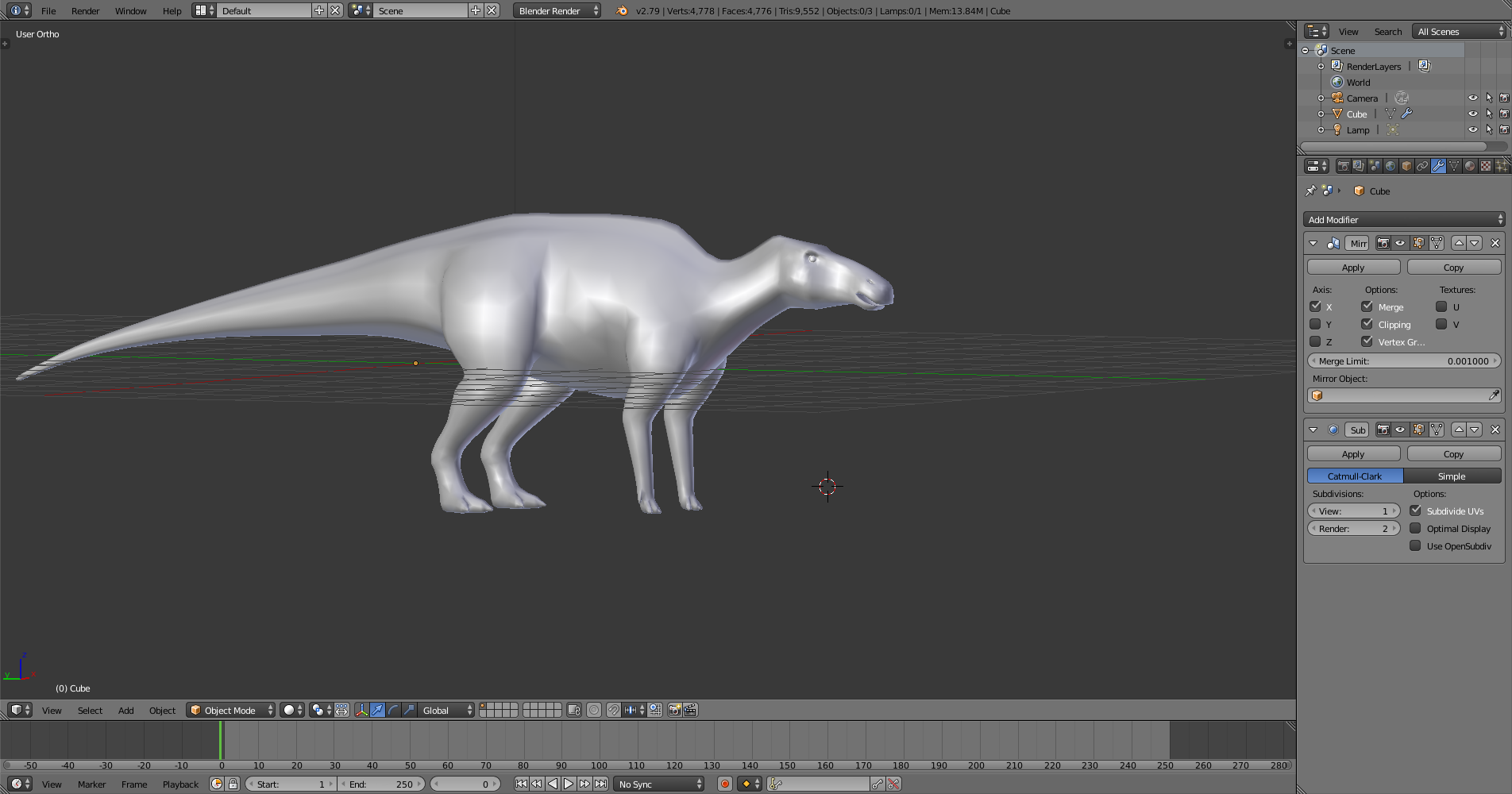 While Edmontosaurus did not appear in the flesh in the first three movies, its skull did appear in the Rex nest in TLW thus proving it was created by InGen. Since there was nothing to really go off of I created an original design for the model. The Edmontosaurus will have two skin designs that you'll again be able to chose from. One which will be the JPOG design, while the other will be based off of its brief appearance in TLW arcade game.

Finally, we'll take a look at the Proceratosaurus: 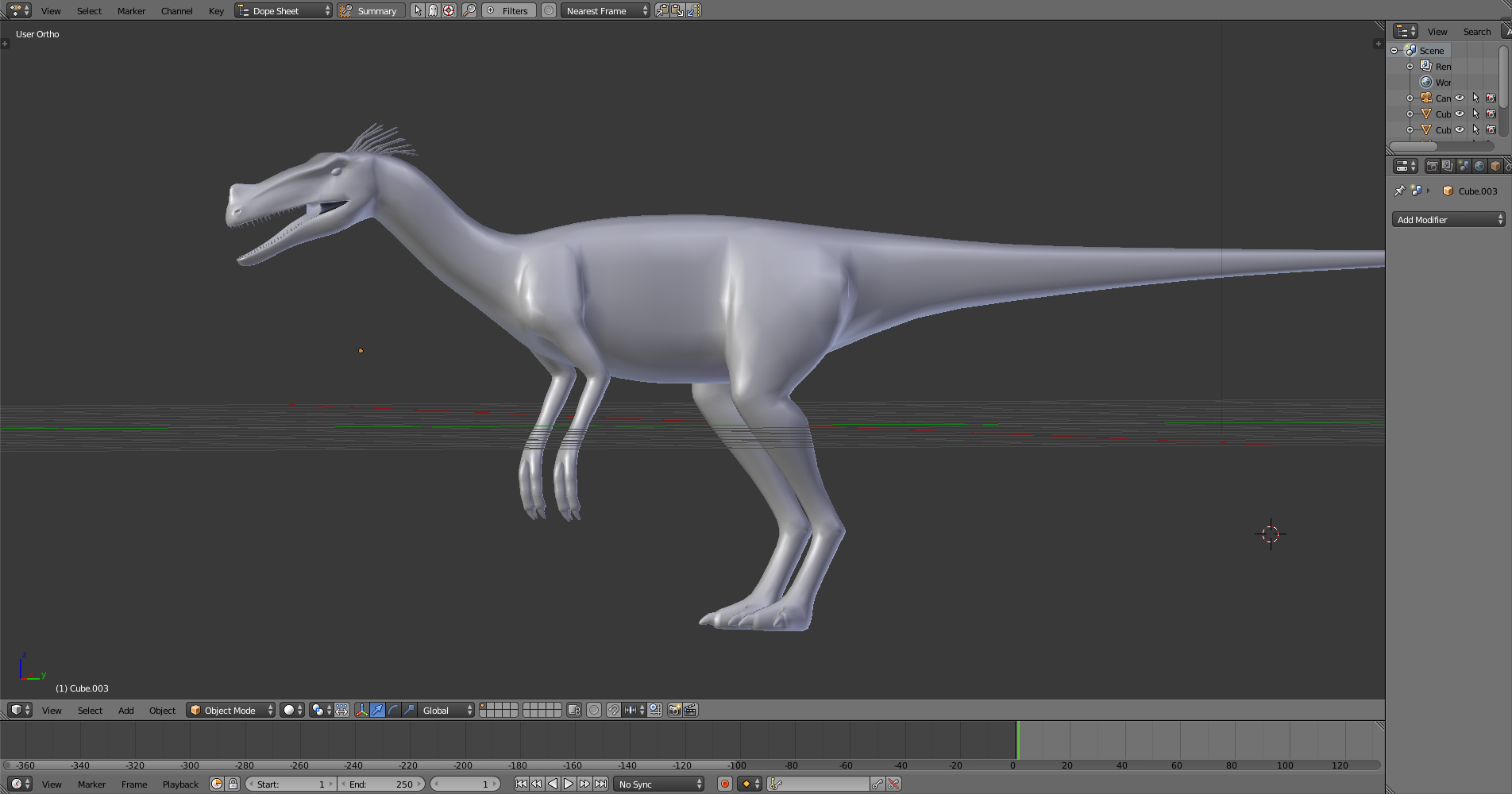 Once again I went with an original design. It lacks the full crest of its scientifically accurate counterpart, but I felt it had more character with a Ceratosaurus like horn. As for the skin, I'll be going with a design that is inspired by Hellraptor's drawing of what a Proceratosaurus might have looked like if it appeared in any of the movies. Like a few of his designs for it I decided to give the models quills as well.

Before I shift gears 100% into Phase 2 of the mod I need to go back and edit some of the models; for example, it was pointed out to me that the Ankylosaurus will have animations issue if the spikes are not meshed into the topology of the model. I also feel some of the earliest models don't reflect my best work and I've gotten better since those; because of that I will be redoing some of the models as well. I would also like to take this time to ask for any and all criticisms from you guys. I want these models to be as good as they can be so please voice any concerns you may have. When doing so be as detailed as possible so that I have something to work with.

Phase 2 of the mod will be all about getting the skin designs done; that includes color design and texture. I will be recreating the textures of the dinosaurs seen in the films myself to ensure the highest quality. I anticipate these skins will take quite a while and will most likely be the most labor intensive part of the mod so you may have to be patient, but the payout will be worth it.

I'm thinking that a beta release could be ready for Fall but a date isn't set in stone. It may get pushed back a bit but it should be ready by the end of this year. The beta will include only the finished dinosaurs; buildings and environmental edits will come later on, perhaps sooner if the beta gets released in the Fall.

Right now 3 main DLCs are on the table. The DLCs themselves will focus on adding content from some of the video games released around the time of the original trilogy. I'm going to be lightly working on the DLC dinosaurs while the main mod is being worked on. This means that you could potentially see the first DLC around Christmas of this year, but no promises on that. The first DLC will add dinosaurs from TLW PS1 video game. One of the other DLCs will focus on upgrading the JPOG dinosaurs and the other will remain a mystery for now.

I know the dinosaur models took a bit longer than I had originally hoped, but I believe the quality will show through in the mod once it's complete. I'm very proud of the work I've done so far and I'm very excited to start on the next phase. As always, stay tuned for more updates!

Mamenchisaurus and Compsognathus added to the mod; work on TLW dinosaurs has begun.

Adding teeth to the T.rex + raptor update (model and animations).

Work continues on the original JP dinosaurs, including a completed triceratops and parasaurolophus.

Hello, how are you ? The mod is still in production ?

Please tell me this is still being worked on. I'll literally pay you whatever it takes lmao.

Lol yes, it is still being worked on; it will see the light of day. I don't have a ton of time to continuously work anymore so it'll have to be released in bits but I think that should be fine. I'm reworking some of the models too since a lot of them have more vertices than necessary so they'll run better. The main issue is I'm just a single guy trying to put together a massive mod.

Some form of a new FCM has been kicking around in development since JPL was active. Many people left though, and since there's a lack of modding knowledge no new people are coming in; JPOG modding has been largely abandoned for JWE modding sadly (also because of rampant mod theft). Thus it becomes a necessity to do it myself. Before this is all said and done I intend to write a bunch of tutorials so that JPOG modding isn't lost to annals of history.

Ultimately though some new mod is needed to shake the community up and get people interested in again. If I had the coding knowledge I would completely take this game apart because apparently it can be done, Equinox said as much; but again with a lack of new people it becomes less likely that we'll get someone who has the coding skills to make new breakthroughs. IMO JWE modding is futile because that game doesn't have the substance to become truly what it needed to be unless modders can take apart that game too (but that's probably even less likely with its newer coding). So yeah, sorry for the rambling but the FCM Revived has not been abandoned. Also I should mention that the FB page is deleted simply because I hate FB and social media lol. Larger updates will be posted here and videos will be posted on my Youtube channel.

Awesome man, yeah. I think your mod is exactly what this game needs to get a good push again. After years of things like new models and animations being impossible, we finally have the capability now and yet nothing essential has been released, like a 'remaster' mod that improves models and textures.

Yours can do it man. We believe in you.

hey where is the files

Hello mega spino i really searched for this and i coudnt fined a raptor with quils like male alpha raptor in jp 3 can you make a model of that it would be great ...

It's up there, right after the galli picture. That's the current model, I may make the quills bigger though

Hello, how are you ? The mod is still in production ?

Yes it absolutely is; I haven't updated much due to life stuff getting in the way. However, this is not a dead mod a beta will be released this year and hopefully more versions.

Thanks for the answer, good luck.