Podunkian\ Half-Life 2: Jaykin' Bacon: Source is a deathmatch mod with a bunch of incongruous weapons, and a bunch of incongruous maps. An outdated features list: - A lot of weapons from other games and stuff. - Great voice acting, by me, because I rule. - Action Half-Life style diving. - Day of Defeat style proning. - Unreal Tournament style combo messages. - A hell of a lot of weapons. (Almost 30 in fact) - A rather functional, and slightly sexy particle system. - A console command called KarPar, which rules. - An optional Stealth gameplay mode called Snake versus Monkey. 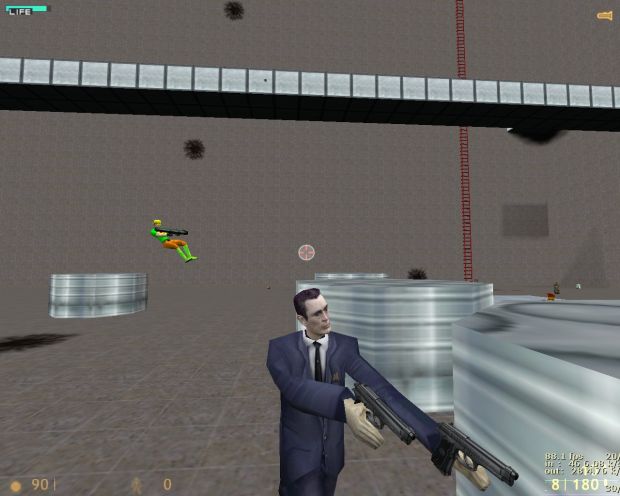 That G-Man... he really knows how to hold a pistol, lol.

Its Telekinesis he fires and reloads with his mind they are attached to his hands though in an experiment gone wrong.

That pic looks like hl2 style graphics and the gman from hl2 is this a hl2 mod also?

HL2JKS features basic stunting ability: You can
dive and longjump, or dive and then longjump for
maximum jump potential.