Are you looking for a challenge? 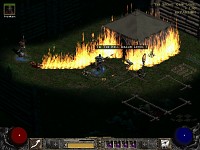 Are you prepared for new monsters and monster abilities? 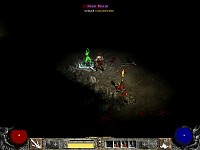 Are you ready for new crafting system? 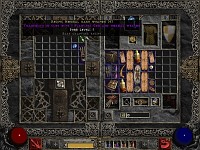 Are you willing to taste darkness? 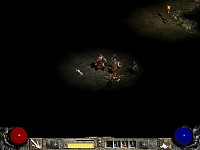 Greetings strangers! (and also not strangers ;)

I'm happy to announce, that after three years of development, full version of the mod is finally here! Never thought I could manage to make the idea real. That I could do what I like and be so successful. You know, I'm just a regular guy who likes to play games and modify the most favourite one of them. I'd like to thank you all for your support, for your coments and help.

What's this mod about? First I'd like to mention, it's a mod which respects the original game. It evolves the aspects of vanilla. It doesn't make the game completely different, instead, it makes the game deeper, more subtile. You won't find any new or modified uniques, sets, runes, runewords. But you'll encounter new monsters, new crafting system, new locations, new gems, new quests, new challenges.

Are you a Diablo 2 veteran? Then this is the right mod for you. Or at least, you can give it a try :)

I'm about to write something more about new end-game system. Until then, you can see some screens: 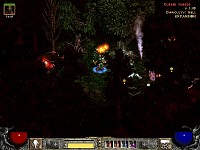 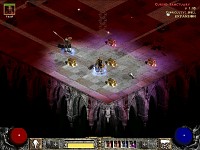 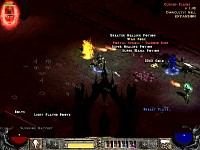 Thank you for your support and wish you happy playing :)

It has been a half year since Gamma version was released. Now I am bringing you this new - Delta version.

Is Alive is here!

Is Alive mod has evolved into Gamma version, which deserved a profile creation here, on moddb.com. After one and a half year of work on mod, there is...

Very powerful monsters, bosses you can only find in this mod. Who are they?

New gems and gemwords are an interesting feature to the mod. How can you get them and what should you know?

This is a D2SE modplugin. Just extract and copy into 'MODS' folder. All three difficulties have been modified. Download and enjoy ;)

Fixed some bugs regarding boss scrolls. Download and enjoy.

Always thanks for your work.

Hey man
First of all i want to ask how u made the game so dark? i want to mod as well but i am total noob.

the game is so dark because of two things - the map lights are set to minimum + every character has this passive skill, which decreases light radius :)

1) Charms are included in the crafting system, however they are not as powerful as they are in other other mods.
2) Thanks for the idea, I'll consider it ;)
3) No new unique items, set items, runes or runewords (only gemwords). But don't be sad. The new crafting system opes up many opportunities to create brand new items with properties other items in the game can't even have ;)

Sorry for the late response and wish you happy playing ;)

seriusoly? wtf!!! its saying did i setup ini properly these mods have been made stupidly hard to install or access did what they said and doesnt work!! wtf man how am i using installer incorrectly??? how is ini or w/e this is setup correctly such bollox man make a mod that deosnt require bulshit to work man ur instructions are clear but dont work! i did the download of d2se and added plugin to it when i try launchin plugin nothin works man wth! i extract files to my d2lod/mods folder but stil not working gimme a bleedin clue wtf is wrong with it?

Hi, at first I apologize for my bad english. Secondly your mod seems realy good and exactly what I´m looking for. :) I want to try it and I have got one question about drop. Is drop better than in vanilla? I mean...Can I collect all set items? In vanilla it is impossible.

Hi,
the drop is slightly better, especially in the end-game locations. Unfortunately, it takes some time to get there. You know, in this mod you get nothing for free. Be prepared for that. If it's too difficult for you, you can always try some drop mods ;)

Thx very much for your reply. I´m ready for this challenge now. :)

Single & Multiplayer
Tags
Embed Buttons
Link to Is Alive by selecting a button and using the embed code provided more...