This little tutorial shows how to install the anniversary beta. 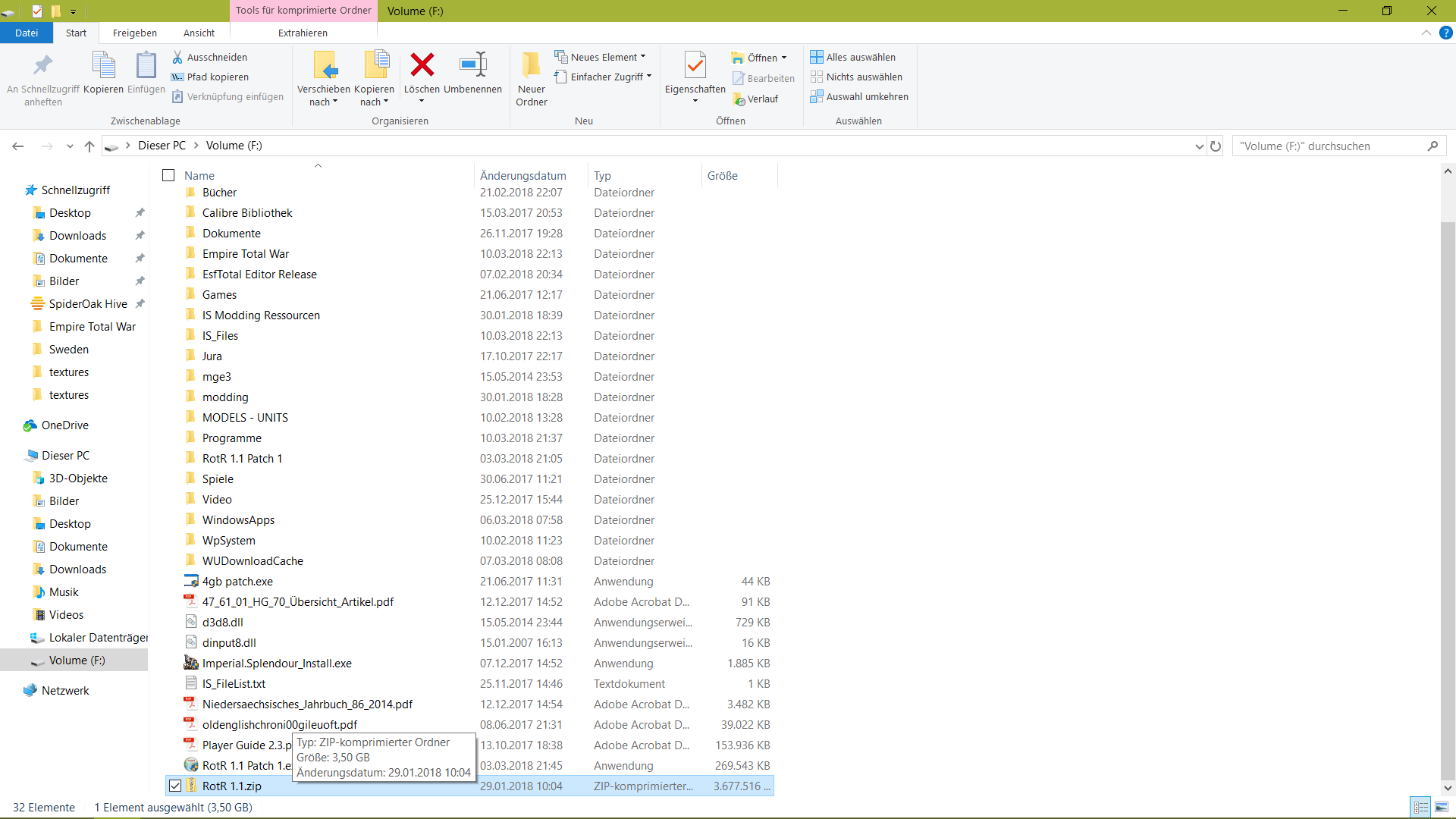 2. Extract all the files and the folder from the RotR 1.1.zip file wherever you want (Imperial.Splendour_Install.exe, IS_FileList.txt and the folder IS_Files) excluding the Empire Total War folder 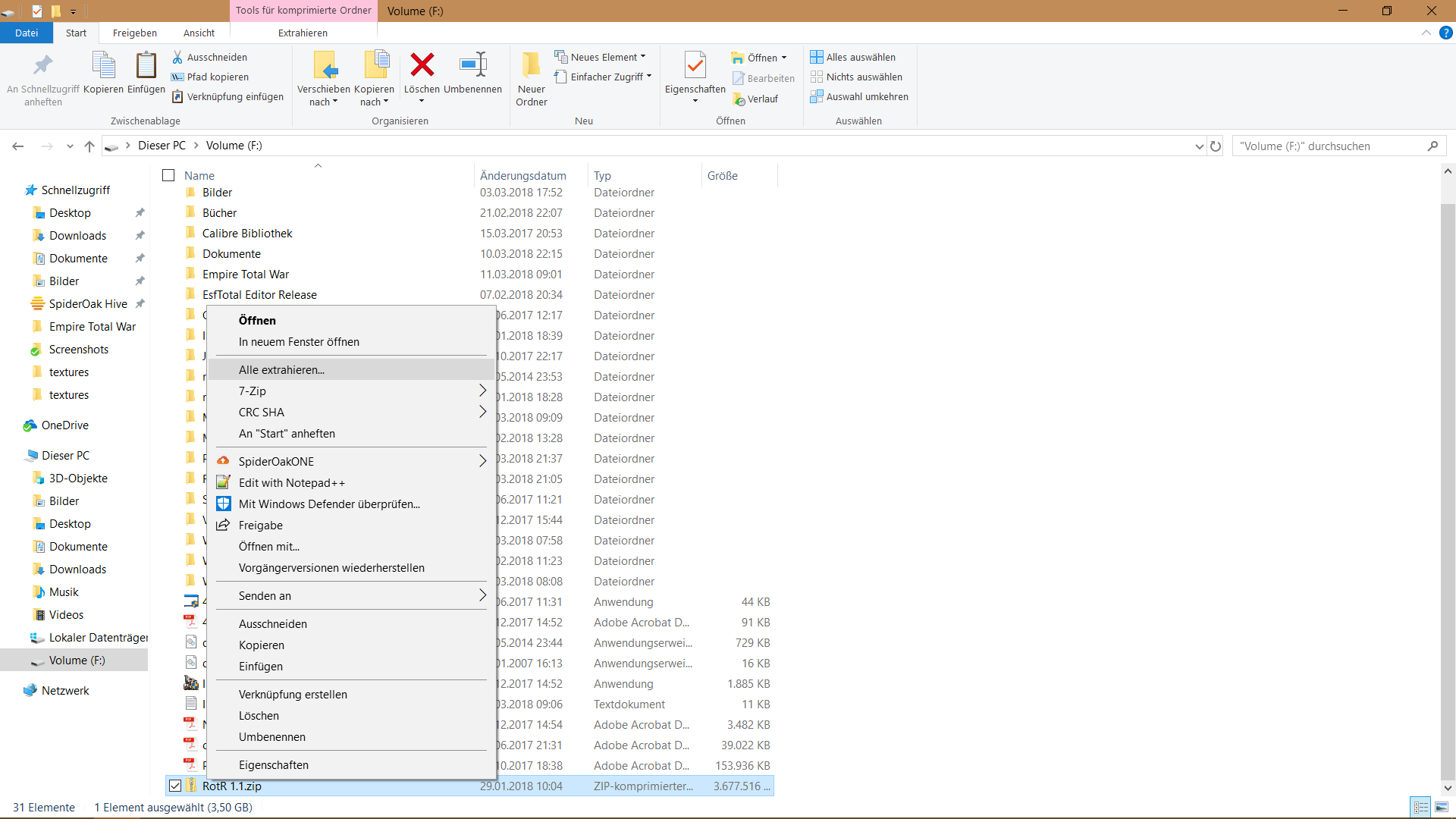 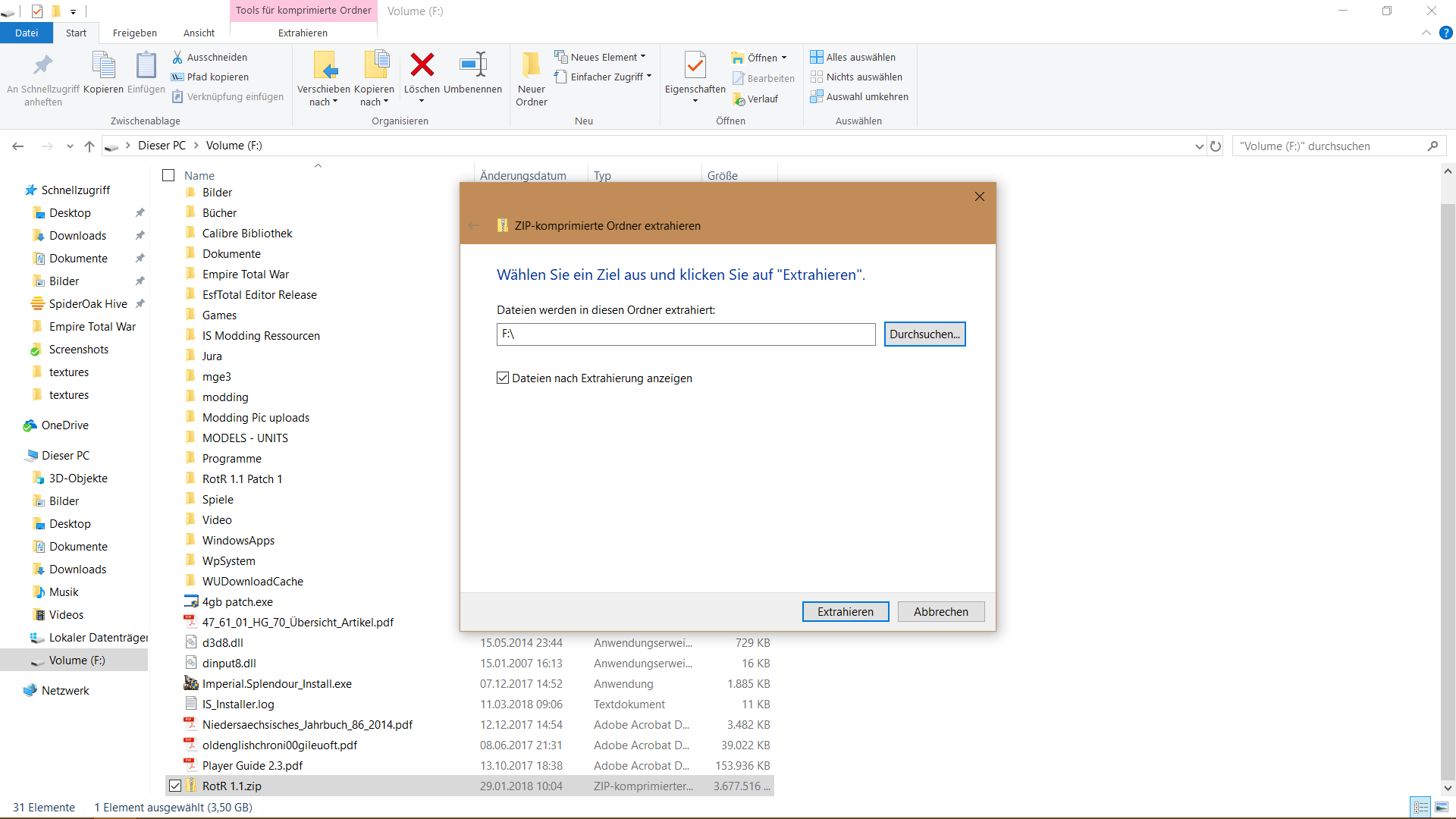 3. Check if the marked files/folder is extracted: 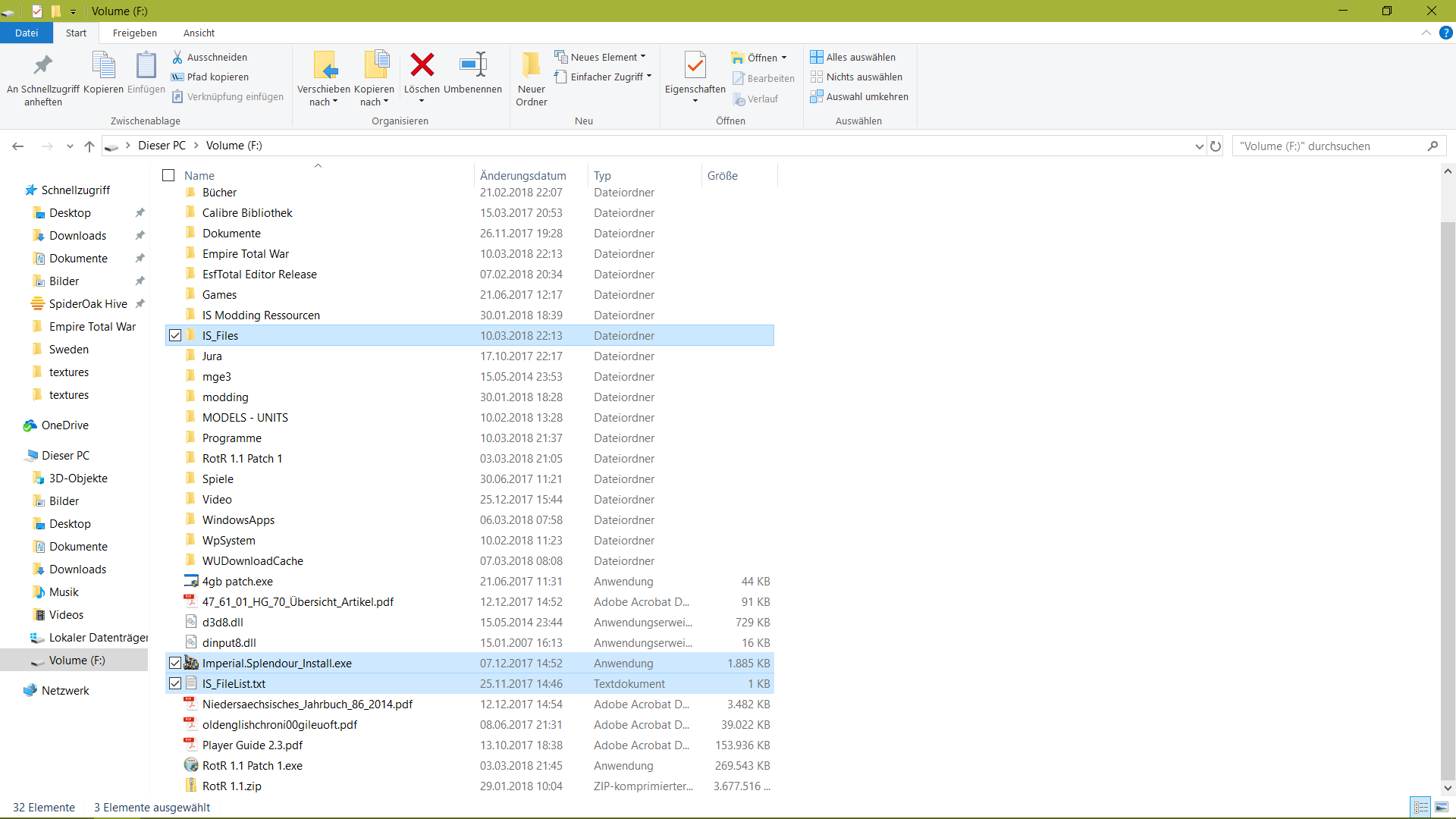 4. Double click on the Imperial.Splendour_Install.exe file (perhaps you need to give the file admin allowance or let windows access it. If a firewall window pops up, click on further information and allow the file to be executed. No worries these are just the windows defender settings for unknown files.)

(4.1) If you have not installed JAVA Runtime the installer will ask you to install it.

5. Follow the steps in the installer, most notably point the installer towards your "Empire Total War" folder. (NOT the "data" folder) 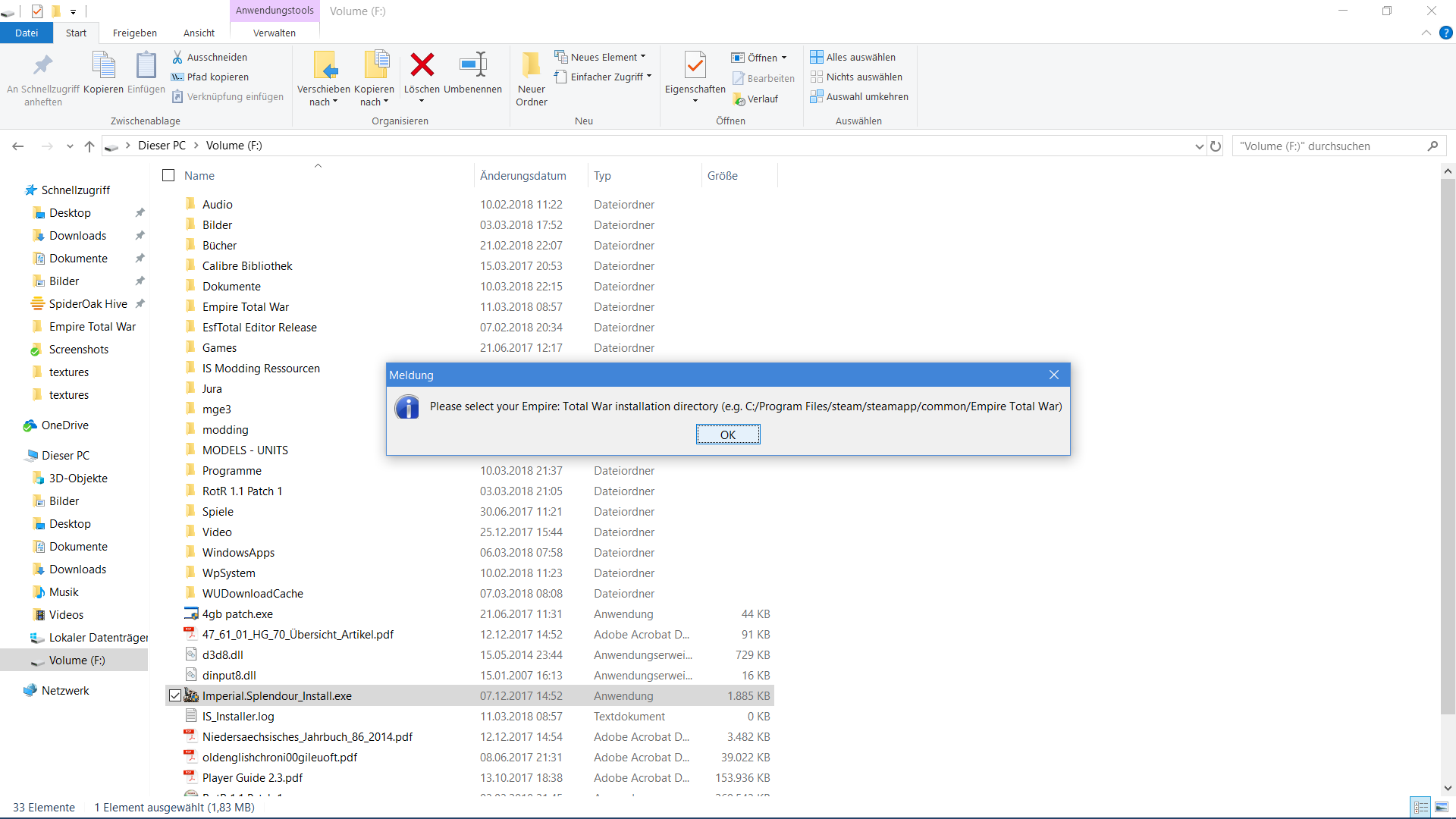 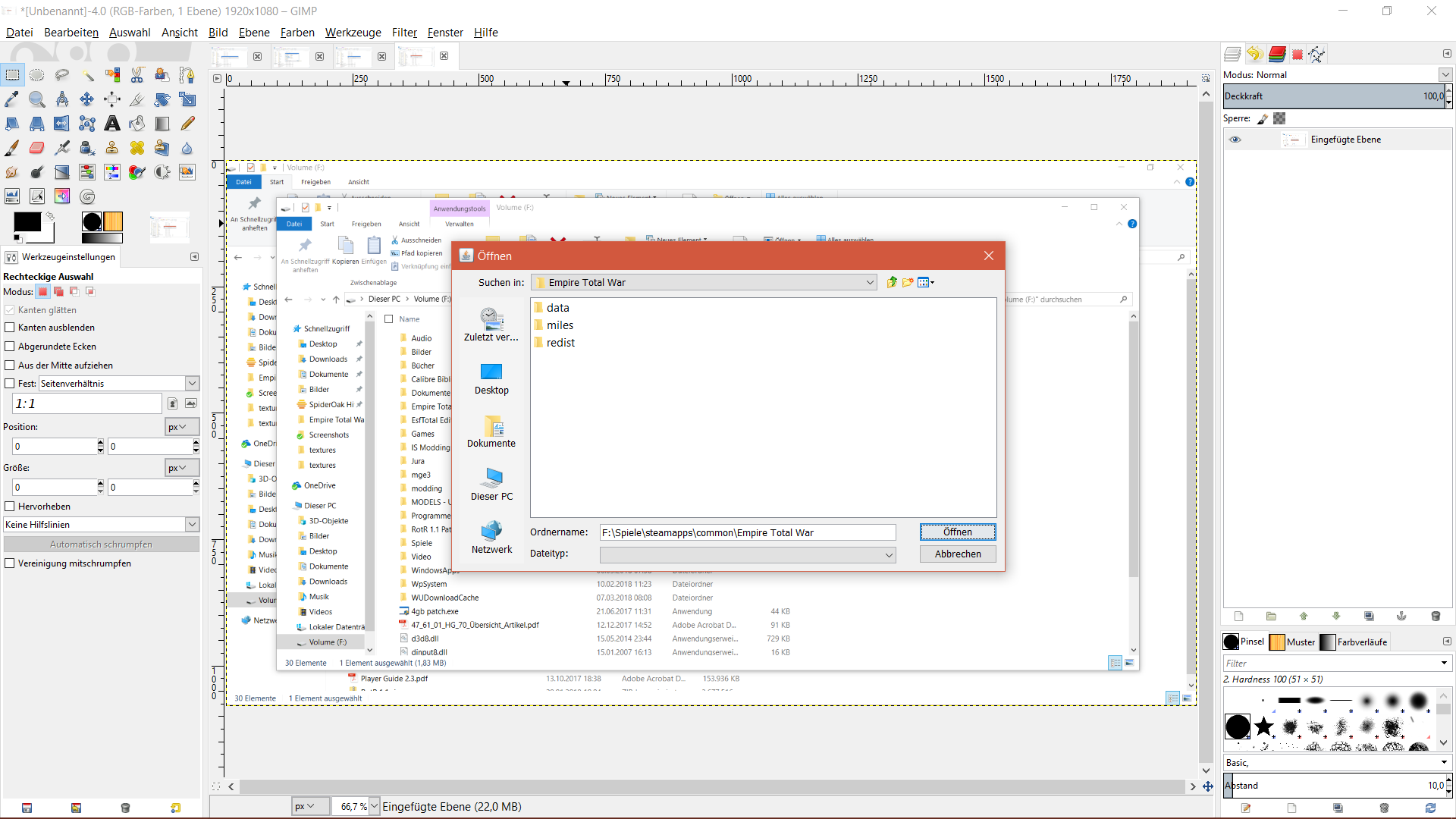 6. At the end of the process, the installer asks if you want creates an Imperial Splendour shortcut on your desktop and afterwards, if you want to launch RotR 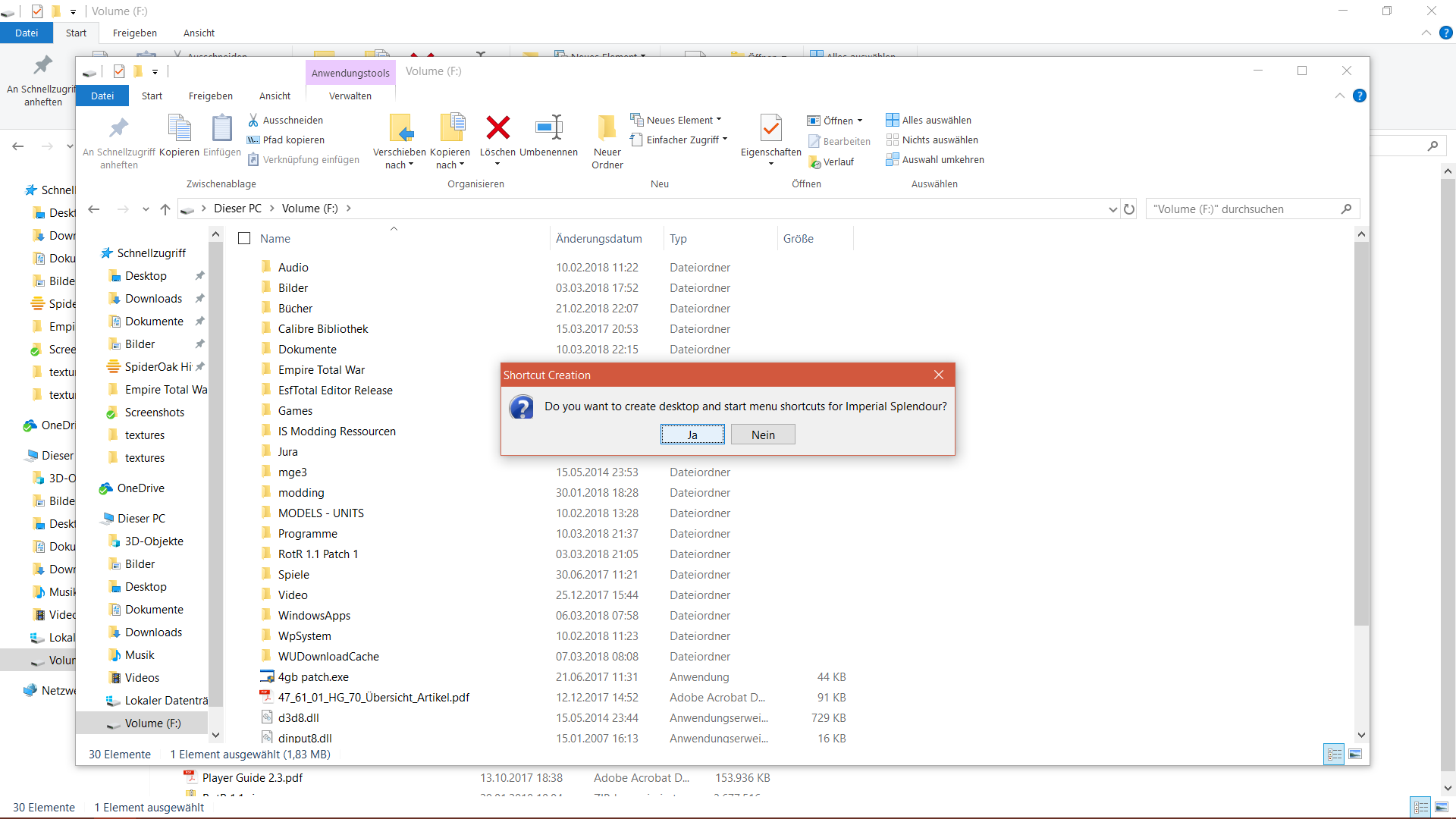 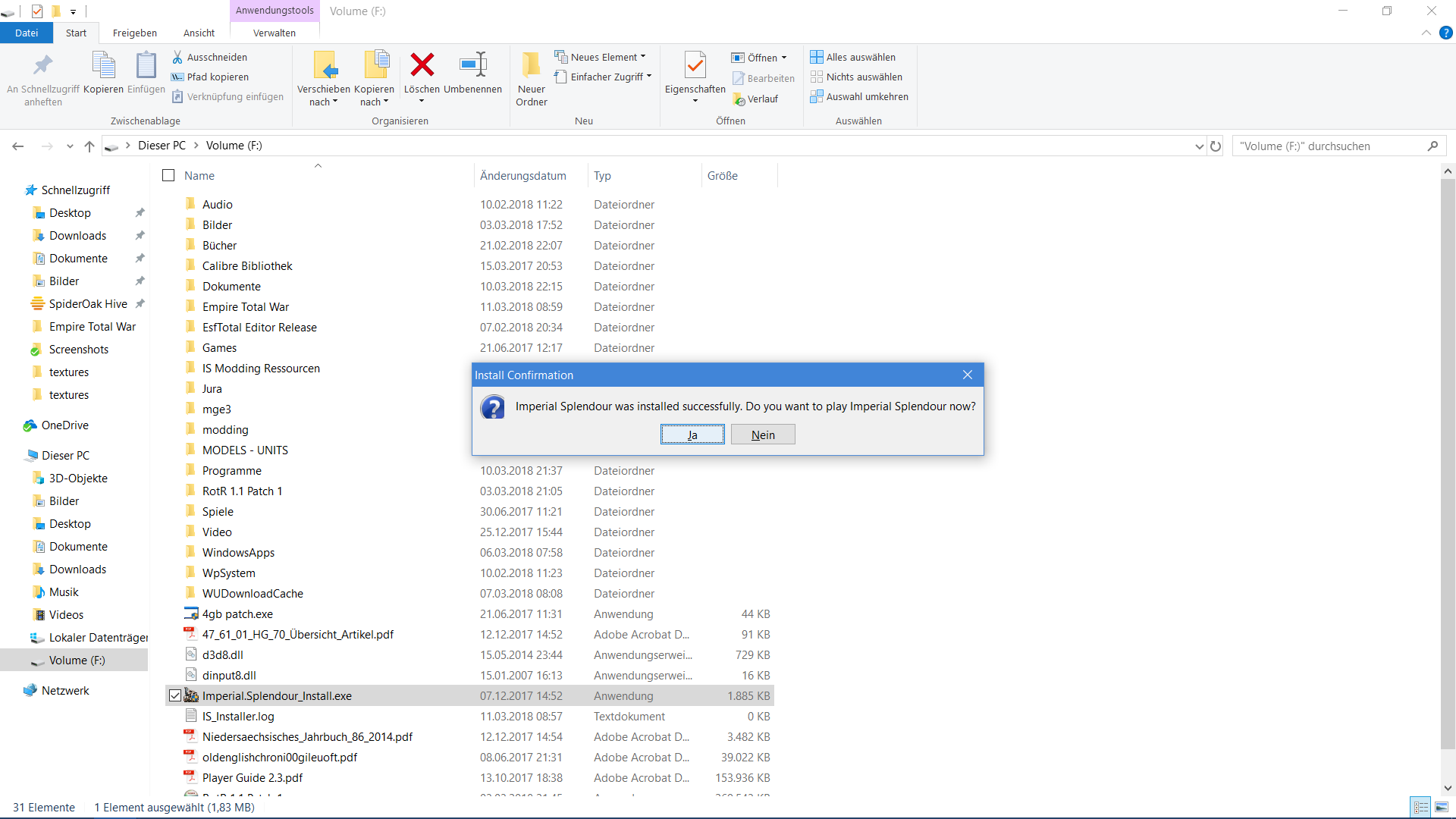 7. To activate RotR start the launcher (basic setting is vanilla ETW) and click on "Switch", then the RotR lettering will appear 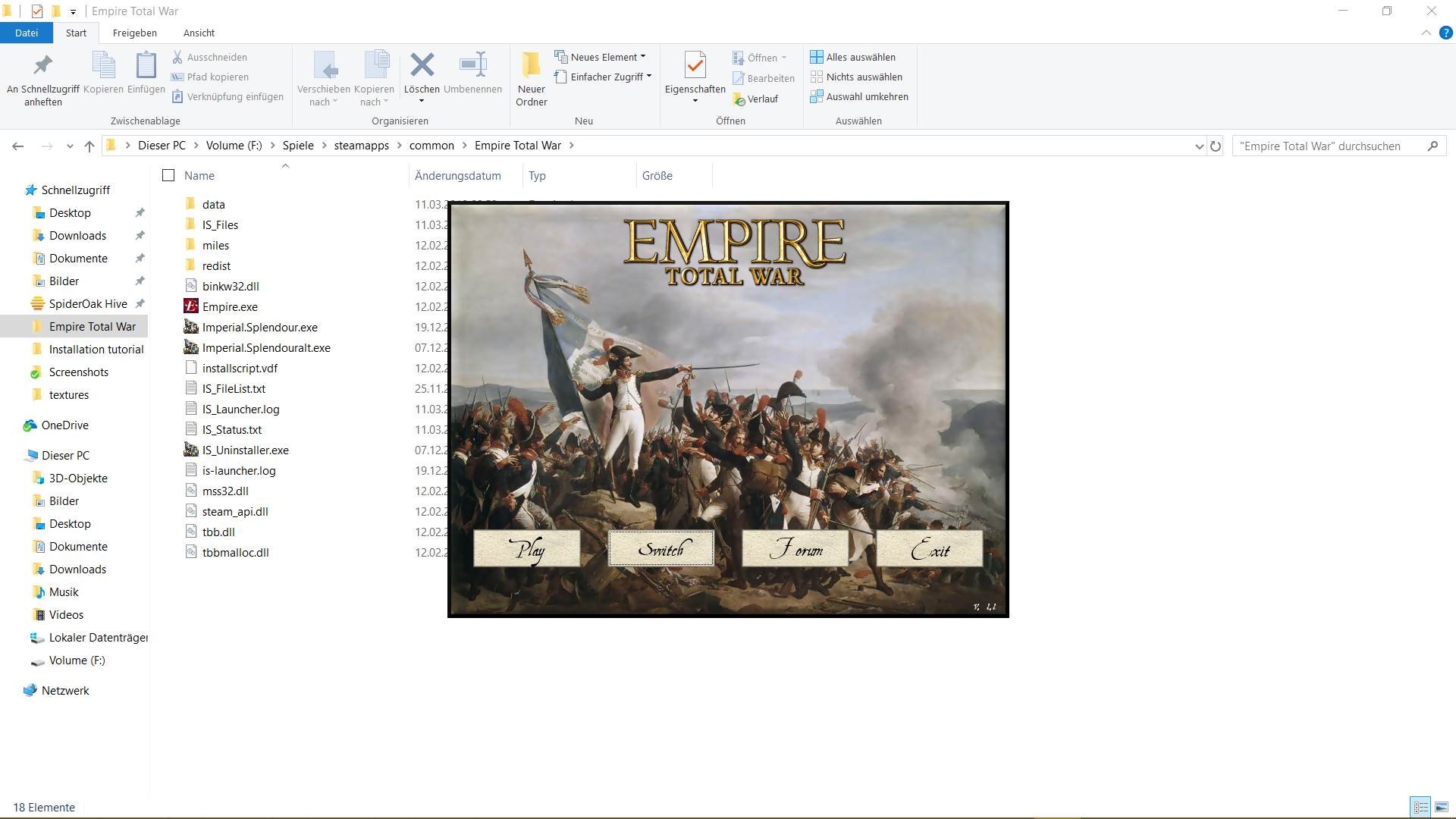 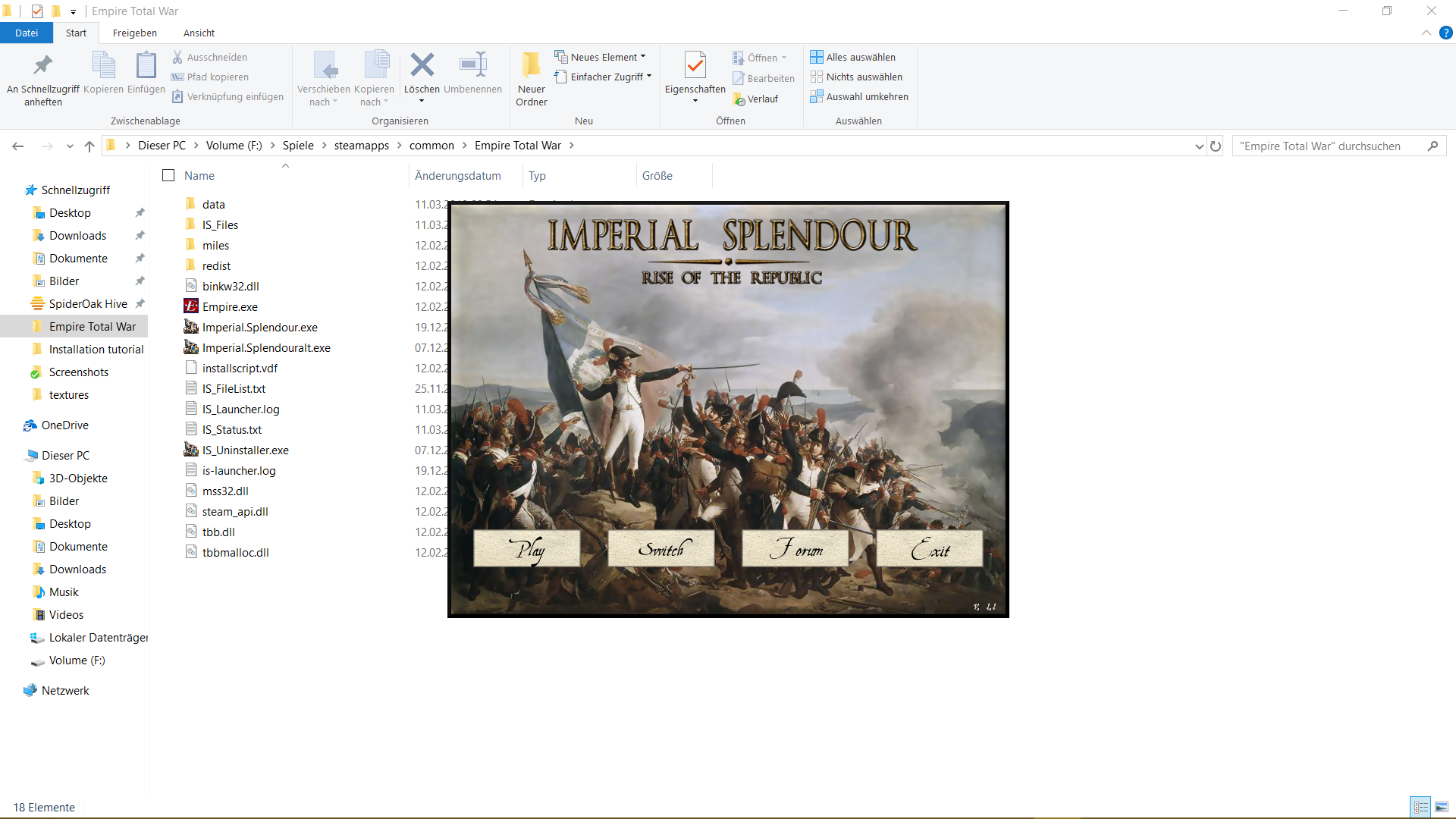 If it's not working please give us access to the content of your IS_Launcher.log file. It's in the [...]\Empire Total War folder

If this leads to no solution, do the following (all files should be in the \[...]\Empire Total War\IS_Files folder. If not extract the .zip again, the files are there in the IS_Files folder):

3. Move the "user.empire_script.txt" file to the following folder: C:\document and setting\Users\"yourname"\AppData\Roaming\The Creative Assembly\Empire\script. If you can't find the folder, it's in a hidden folder. You have to enable "show hidden folders" in your OS.

Presenting the instructions is great, but it looks blurry & small to me.

Click right on the pictures and the left on show graphic. Sadly ModDB scales the pictures.

hello i install this mod but when i click on play in launcher not work and game not launch ,and when i play the Empire with mod manager the game is crashed please help me

Use the method explained at the bottom of this tutorial.

Hello, what exactly do I have to install ? Only the anniversary beta? Because I installed that but lack some factions like Ottomans in the campaign