Replay the Black Mesa in a whole new way. Play as Dr. Eli Vance, with a giant arsenal of weapons, versus huge varieties of enemies, with fantastic graphics. 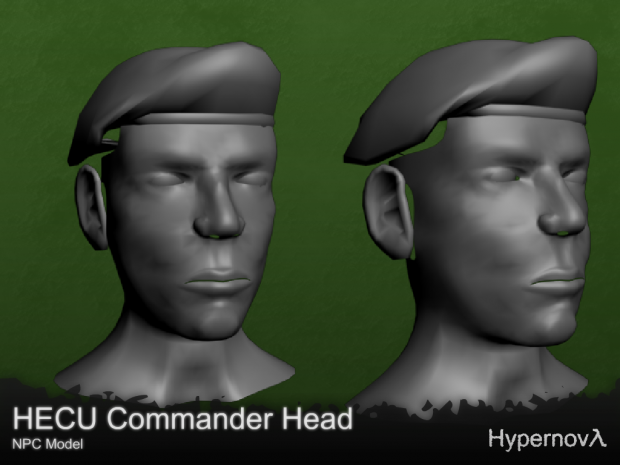 PLEASE read the description (the one on the side). Very important news there.

I'd like to see an AI demonstration. I'm curios to see how it works in game.

It's working very well, and I'll showcase it soon. They still get stuck sometimes, like normal NPCs in HL, but much less often. Also, when they AREN'T stuck, they're a pain in the a**, especially when they're far away, and you have a shotgun or something.

sounds cool about the scientists, but they are scrawny old guys, not tactical guys, so maybe make them pick up a weapon, but make them innacurrate or something.

Good point. I'll add an "inaccuracy" integer to every monster. I might even utilize the frag integer, to make them more accurate every time they kill, but only by a very little bit.

wow! I can't wait to see a test video of those improved AI you're taking about!

Thanks, but, honestly, I can't say the same for your avatar...that was a joke.

He looks like someone I wouldn't wanna mess with...

With the new A.I., I'm pretty sure you won't. I'll work on the bottom of his head, because it looks a bit weird.

Great work with the model..On the AI code i'm pretty impressed with concept of having scientists pick up weapons..Another thing i think the scientists should do is maybe pick up meds because as seen in many freeman's mind ep's,the dumb scientists keep dying next to medkits..

Thanks! They will be able to pick up ammo, weapons, and items. I might even give them a system to let them be GUARDS in CTF, and other stuff.

Thanks, nuke! Unfortunately, continuing progress with them before making the new scientist model is a waste of time.

I like the sound of scientists fighting back. It's a great idea that opens a door for many exciting stuff. It's a pity so little mods features this, knowing that it is relative easy to do.

On previous versions of my mod, I had a scientist with a crowbar that pwn'ed terrorists. I don't use it anymore, code is open, and I've the model somewhere... ;)

So, remember that Marine I was making? Of course you do, it was like a week ago. Anyways, here's the head to go with it. There'll be a lot of variations, too. Not sure yet how many. This is, by far, the most realistic head I've ever done.

On a separate note, are you sick and tired of needing an ally, having a dozen scientists, and all they do is run, when there's tons of weapons available? NO MORE. Now, Scientists can pick up weapons, and fight back. They even store several weapons. Their A.I. is great, and they're hard to beat, often. There's still very much Work In Progress, though, so I'll work some more before updating. Soon, I'll even get them to throw back grenades. Then, I'll apply this to the HECU and Barney.