Hostile Intent: Phoenix Rising ("HIPR") is a multiplayer team-based tactical first-person shooter. It mixes themes of "realism" (in game mechanics) and "true-to-life" (in fine details) to immerse the player in intense, believable combat scenarios. It uses a flexible objective system that provides each team with specific goals to accomplish in order to complete their mission. HIPR takes direct inspiration from the games Rainbow Six, Ghost Recon, and Operation: Flashpoint.

Players take on the role of either a special forces operative ("Nato") or a fighter ("Tango"), and are tasked with certain mission objectives they need to accomplish within a time limit (one round of play) in order to win. These missions can take place in virtually any real-world location, from urban city streets to dense tropical environments to sandy deserts. The number of possible scenarios and mission objectives is similarly infinite. Players could be disabling radio communications of an enemy, defending a building they’ve secured until support arrives, defusing bombs, and much more.

At the outset of the game (once the player has connected to a server), the player has the option to outfit themselves with different weapons and gear to use on their mission. They’ll have a selection of primary and secondary firearms, grenades, weapon modifications, and other equipment options such as night vision goggles or extra ammunition. The player may change their selection at any point during the game, and those changes will be reflected in the next round of play.

During a mission, players are presented with many routes to take to their objective: there are many entrances, exits, and routes through a building, and many paths to take through a jungle. The game environments employ the "true-to-life" theme to make the game particularly challenging. By nature of simply having the possibility of getting lost, players are forced to stick together and communicate as a team in order to complete their objectives.

It's been a while folks, but I can proudly say that the entire team has made significant progress since we last posted on moddb. If you've been keeping up with the news on our site then you would know that we recently released images of a new HIPR map, pr_airstrip by pampers! 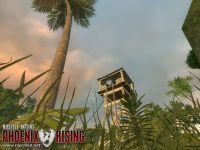 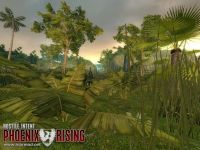 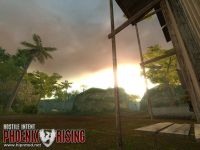 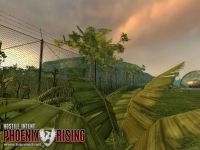 Set in a tropical jungle based around an old airstrip, the map encourages use of the untamed foliage as cover (modeled by our very own Rick_d) and is brought to life with the addition of HDR.

For more information on our progress don't forget to stop by our forums and our moddb profile!

Have a good one.

The team that brought you the original Hostile Intent for HL1 is back with the source counterpart; Hostile Intent: Phoenix rising! We have just opened...

Salutations! It is with extreme pleasure that I announce the launch of our new website and forums! The forums have been upgraded to the latest version...

To never be released. How sad.

I love hostile intent ever since I first found out about it way back in my HL1 days.

by the way, if anyone still plays the old 1.6 version of hostile intent or whatever version... let me know!

This is so incredibly dead

Were having a game on the only server for HI 1.6 if anyone sees this...
THIS WEEK:

My steam community for contacting me:
Steamcommunity.com

Good job guys, i liked the first Hostile Intent, so i hope you will make this one even better. I like to see that you are working on some combat in cities to, awesome! GREAT WORK! :D