You wake up one Sunday to find out that your apartment has been locked from the outside. On further investigation you see that the front door of the building have been locked by a terminal lock that lies within neighbor's apartment. You need to find it and unlock it.

So I have worked on some new objects for the mod and I've decided to give you a peak at some of them.

Let's start off with the UV Light. Now this item was originally featured in the Pre Alpha. I've had the idea of recreating it for a long time but couldn't figure out how to mimic it's functionallity myself. That is before I got helped by ZigZun, a very talented modder, who did a fantastic job on it. The design came first, I already knew it was going to look like a pan with a purple lighting bolb so that wasn't hard to figure. I had this idea of having a wire around it and thought it'd look cool, so I did it. The people I shared this with also seemed to like it as well and they even based off their UV Light designs on it off of it. Namely HelloModder, who I have to admit, did the functionallity part better. Check him out, he's an amazing modder. The other designs I saw do look impressive but I think that the UV Light shouldn't look as complicated as the other people make it.

Next it's the Jackhammer. The Jackhammer was introduced into Alpha 1 and then never returned. I don't know why they scrapped it, I honestly think it seems like a better way of removing bricks rathet than facepalming them (Like in the basement of Act 1 in the original game). It was really fun working on the design on this one, I think it came off pretty well. I actually didn't plan this one from the beggining so I made it as I went. Managed to recreate it's functionallity at 100% (if you couldn't tell by the previus teaser) and genuinely think I gave this item a justice. 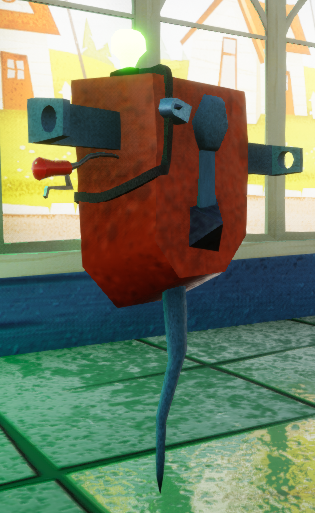 Next, it's the TV. Now I did this model for two reasons. The first one was that I made a new blueprint of the original TV just to replace the speaker sound with the one from the Pre Alpha. The other reason was that I thought that if I have a new blueprint for that, I should have a new model as well, especially since I liked the old TV model and wanted to have it in the new art style. It was already a bit of a trend making new TV models in the HN community at the time so it was a perfect opportunity. Neadlessly to say, I think it turned out nearly perfect. 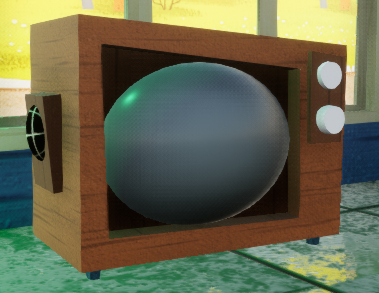 The last new object I want to show is the Cupboard. Just like the TV I wanted to have a combinatination of the old and new Cupboard. And that's how it turned out. And I like it a lot. I'm happy with the overall shape. The only thing that could have been done better is maybe the top part but without it I feel like it wasn't going to be as good. And the last section of this post I will dedicate to the person who not only is the reason on why this Cupboard even work but also helps me out a lot. 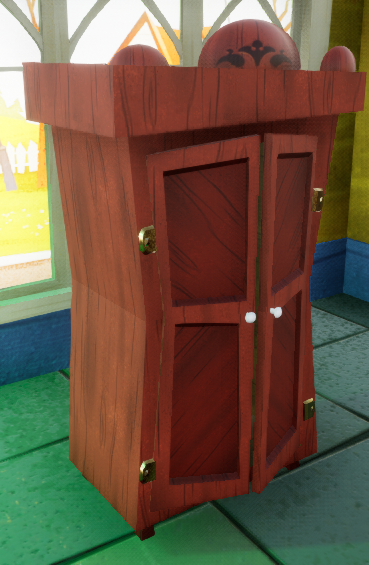 Through out the last week and a half, I wanted to do many things on the mod. And I don't think that the majority of them would have turned out as great if it wasn't for my friend, TidK (N'J). N'J has helped me a lot. Whenver I asked him for some texture or a model from older versions of the game (which I needed for reasons that I don't want to spoil (and no, I am not using old objects)), he shares them to me. He helped with the functionallity and the position of a few objects that I had problem with and is genuinely a reliable and amazing person ( very talented HN modder as well). So I want to thank you, N'J. Keep being awesome.


That's all for now. Be sure to let me know what you think about the new objects.

A look at some of the new ways to block a door that I came up with.

Another Look Into Alpha 1

Some more teasers about new areas that are going to be featured in Alpha 1.

A Look Into Alpha 1

Teasers about some of the new areas that are going to be featured in Alpha 1.

Issues with the Pre Alpha

So a few videos of the mod have been posted and I noticed two main issues. In this post I will talk about them.

You wake up one Sunday to find out that your apartment has been locked from the outside. On further investigation you see that the front door of the building...

The Dead Of Night Hello Neighbor