HEDON IS NO LONGER A TOTAL CONVERSION BUT A FULL GAME NOW AND HAS MOVED TO STEAM & INDIEDB. GET THE RELEASED GAME HERE -

Indiedb.com (Freeware version for those who want to just play the first episode with all features and content up to 1.2.0)

Devblog/more consistent updates over at - Patreon.com

Hedon is an entirely original game designed throughout a fair number of years, first as a concept/fantasy world, and thanks to the Doom modding community - an actual thing in the works.

Why give Hedon a try?

➣ It's an oldschool shooter not by just looks and engine, but by gameplay.

➣ Sprawling levels that offer a degree of freedom and don't hold the player's hand. Exploring, hunting secrets, backtracking and having to figure out what to do next is key.

➣ Original soundtrack ranging from tense to serene ambient, spiced up with bursts of metal. Also, did I mention Alexander Brandon? :^)

➣ Thousands of hours of work put into an original concept, digital drawn graphics (textures, sprites, frame by frame animations etc.), scripting, sound effects and level design, all by a one man dev team aiming to create a unique game with a unique atmosphere.

☼ PHILOSOPHY ☼
My aim is to research classic game design and refresh the valuable bits we've lost in an experience that ultimately rewards the player through learning and investment rather than through mechanically administered gratification.

☼ GAMEPLAY ☼
Hedon is an oldschool shooter, and that's pretty much enough of a description. Fast paced, gory gun play, non linear level design, various aesthetics (forest, caves, forge, barracks, snowy mountain etc.), exploration and learning by yourself is key (puzzles and secrets that reward the player investment in the game and so on).

You may find that Hedon takes a certain amount of inspiration from games such as Unreal, Blood, Thief, Arx Fatalis, Serious Sam etc. but nonetheless aims to be original at all times.

☼ STORY ☼
You play as Zan (any similarity with the creator's username is a pure coincidence), a half orc - half demon warrior who wakes up in a caved in tunnel with no memory of how she ended up there.
The first episode will focus on our hero's descent into a strange underground world which is threatened by the sudden attack of a massive Cultist force.

There are certain races and factions populating the world of Hedon.

A faction of amazon-like orcs and goblins, the Iron Division are the keepers Hedon's greatest secret - the crystal technology. Various magical crystals sprawl across the underground, providing energy, heat, oxygen and often forming entire biomes around them. Combining this power with crafting and the ancient art of magic, the Iron Division has founded a whole new civilization within their mountain stronghold known as Valc.

Fallen to sin, the raving husks of what were once human now worship various figures of the Underworld. Little can be done to cull their addiction to pain and suffering. Little but a spray of frag fire or an explosive bolt that is...

Chaotic Demons dwell in the deepest parts of Hedon, lashing out at the weaker minds of the inhabitants of the Overworld. In time, they have subdued entire towns to become their cultist slaves and feed their endless hunger through pain and suffering. Demons only care about feeding, and they will stop at nothing to do so.

Ancient dwellers of the underground, Minotaurs and Dwarves have built their own civilisations, ever clenched in warfare with the Demons spawning from below. However, their great cities and lore were lost hundreds of years after their inevitable defeat in front of hell's armies, and now they have been scattered and forced to live in small clans and towns.

Alexander Brandon - The man himself. If you enjoyed the soundtracks of Deus Ex or Unreal, then you're in for a few pleasant surprises. I'm aiming on buying licenses for some of his personal tracks (and other songs that didn't make it in Deus Ex/Unreal) and fit them into Hedon!

Breathelast - A band of underground sharks who pitched in with instrumental tracks of their songs. Also one of my favorite bands ever.

After 2 years of intensive day and night development, I'm happy to announce that Hedon Bloodrite is out and ready to play! It's been a crazy journey, and Hedon has blown up far since it's humble beginnings as a Doom 1/2 total conversion mod.

Bloodrite comes as a free update for everyone who owns Hedon. It features a new 12+ hour campaign that can be selected from the main menu just like a Doom episode. The campaign also introduces new RPG-style elements and clusters of Hexen-style interconnected levels with multiple ways of progression and lots of secrets for the hardcore explorers!

On top of that, Bloodrite also updates the first Hedon game with improved animations, gore, sounds and quality of life features!

The free demo has been updated with all of Hedon's assets, graphics, sounds, code, everything that you can access and mod as you please. Hedon is fully compatible with GZDoom, which allows you to mod it just as easily as you would with Doom.
All you have to do is download the demo from any platform and use the Hedon.ipk3 file inside as a resource in Slade or Ultimate/GZDoom Builder. 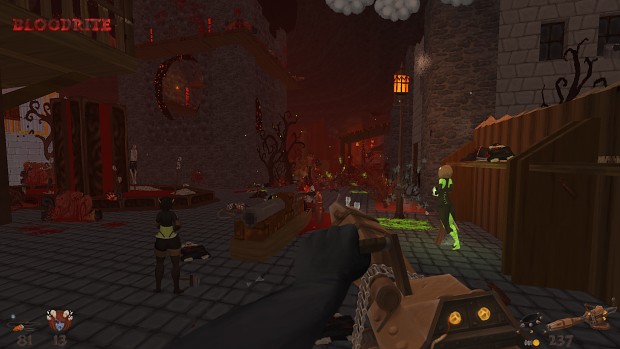 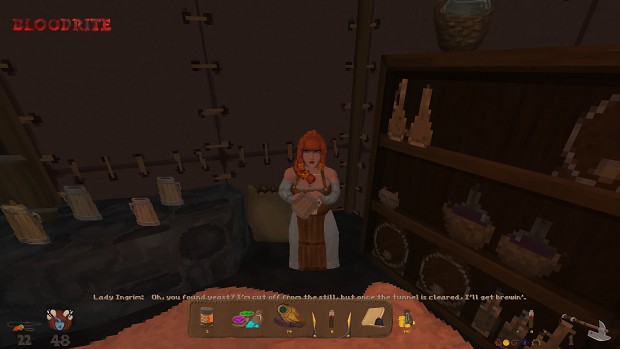 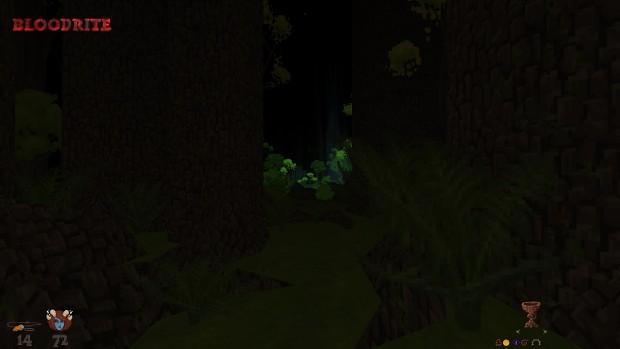 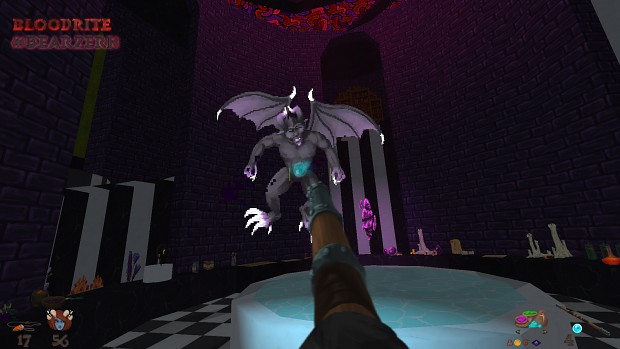 So what are you waiting for now? Go kick some ass!

Two and half years of intense development later, Hedon's had it's first official release!

After almost two years and half of development, Hedon's finally ready for release!

News From the Depths - Final Map in the Works

Take a peek at Hedon's final level and latest features!

With 0.9.a out, Hedon's one level away from a first full release.

A Demo version updated to Hedon Bloodrite v2.1.2's full assets. Feel free to use them for modding.

A Demo version updated to Hedon Bloodrite v2.1.2's full assets. Feel free to use them for modding.

A Demo version updated to Hedon Bloodrite v2.1.0's full assets. Feel free to use them for modding.

A Demo version updated to Hedon Bloodrite v2.1.0's full assets. Feel free to use them for modding.

Great Game. Thank you for making this

Is there a guide for the first level? I can't find anything in the cave

Just watching GmanLives'review of Hedon - looks good, & definitely worth a quid or two after all the work put in (no recycled sprites, audio FX & the soundtrack by Alex Brandon).
Ima check out the IndieDB version & if I like it as much as I think I will, well... the cheque's in the post... 😉

Hehe, suit yourself. Thanks!

Just bought Hedon on Steam and enjoying it so far! I hope there'll be lots of more enemies (including new ones) to kill with new weapons! :)

Well, Episode 2 will surely bring more stuff on, thanks!

I simply can't seem to find the darn hidden tablet in the grove tree, where is it?

If reading the text clue doesn't help, then you can always just check bookcase by bookcase. Also, there's a playthroughs on Youtube too if you get stuck.

Ah, what a joy this mod is. I've been more than eager to play the full version ever since the first ICARUSLIV3S on the project! Still got a bit left in the game, but I hope to rock through it as soon as I can!

Something I'd like to bring to your attention, a really small sequence break. In my slight frustration with being unable to figure out how to break the ice on map 8, Pale Wind, I discovered you can jump over the destroyed bridge before repairing it by utilizing an axe throw. I can record a video replicating the maneuver, but I figured it should be something you should know.

Hey, thanks for mentioning that bit. There's multiple ways you can cross the bridge before repairing it (rocket jump, Amulet of Shadows, very well timed sprint+jump) but since doing so doesn't break the level I think it's fair game, and pretty much aligned with Hedon's concept of throwing the player in a jagged, unfriendly world and force them to think and fend for themselves :^)