Kill all those evil headcrabs!

Get the highest score!

Powerups last for 20 seconds. They respawn in 1 min plus-minus several seconds in a single player game. There may be powerups of the certain type on maps, or a random powerup - it may be different on every respawn. Server may turn powerups off or tweak their respawn times.

There are 4 maps in the mod. After completing a level and learning the score, press Space in several seconds, and there would be a map change.

In a singleplayer mode, your highest scores are saved locally. High scores are stored individually for each map, game type and difficulcy level (Easy, Medium, Hard).

Start the game after all players are in. It also can be restarted (using a hcf_restart command). To restart an internet server, use a spectator vote system (press DUCK, then VOTES, then select a restart vote in the menu).

PUBLISHING RESULTS ON THE WEB

Your multiplayer score is published on statistics server (only if you play on a public server, see below). Player is identified by his Steam ID.
Statistics is available at: Hcf.hlfx.ru

Please vote for the mod on Steam Greenlight!

What is Headcrab Frenzy?

Headcrab Frenzy is a dynamic action game which allows you to quench a desire to destroy these little bouncy critters to your heart's content, hold records and try your hand at cooperative gameplay, competing in public statistics. Two game modes, four maps, several headcrab types and gradually increasing "frenzy" scale which can be periodically vent - that's the crux of the mod. Is it casual? There is no doubt. But that's not so simple. To achieve high results and score more points you'll have to resort to various tricks: make combos, ensnare headcrabs, use power-ups (there are four in the game), and prevent other players from scoring, pushing them away by a secondary attack of your crowbar. Each map has its own tricks. By discovering them, you'll find out more ways to get high scores and take the first place in tournament tables!

Version 1.4 is a serious rework of previous versions with lots of alterations and improvements. 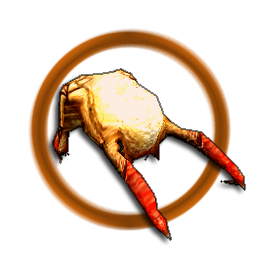 A new mod from the author of Half-Life FX, and no graphic enhancements? This seems to be impossible, especially in 2014! Most of these effects work under native Half-Life renderers: Software, OpenGL, and Direct3D (in an obsolete WON version).

There is full Linux support! You can play Headcrab Frenzy under Linux if you have a native Linux version of Half-Life. The mod was tested under Ubuntu 12.04 LTS and ran perfectly. Well, Headcrab Frenzy is now officially cross-platform.

You can play on the official Headcrab Frenzy internet server. Address is: volatile3d.ru (HL 1.1.2.2/48+VAC).
Results of matches completed are published on the statistics page.

We are very interested in and grateful for any user comments and opinions regarding Headcrab Frenzy. If you have any suggestions, bug reports, or general comments about it, don't hesitate to post them on our ModDB Profile page. And, if you would like to see this mod on Greenlight... let us know!

This is a full version of Headcrab Frenzy! 1.4 mod. The mod is fully compatible with the latest Half-Life Linux version 1.1.2.2.

This is a full version of Headcrab Frenzy! 1.4 mod. The mod is fully compatible with old WON version of Half-Life and all the new versions, including...

This is a full source code for Headcrab Frenzy mod, version 1.3 beta. It is provided in the hope that it will be useful for modding community. This source...

Headcrab Frenzy! 1.3 This package contains both client files (to play the mod) and server files (to create a server, including Linux dedicated server).

Hi Headcrab Frenzy fans. I've gotten tired of not being able to reliably find games for old Gold Source (GoldSrc, HL1, Half Life 1) mods or Source (Half Life 2, HL2) mods, so I made a discord about just that. We have a Headcrab Frenzy section and like 90 other sections for every multiplayer mod you can think of. We are cooperating with all of their various communities and play a voted for mod of the week every Saturday and Sunday.

Come check us out.
Discord.gg

I did a review of this mod some time ago, please feel free to use the footage as you see fit! Keep up the good work!
-DoItAll YT

Have you considered releasing the graphical improvements as a separate mod? I would really like to use them in original Half-Life, especially the procedural water like in software. That's something I miss from software mode a lot.

Now that it has been greenlit, you'll give the version 1.4 on steam?

There will be version 1.5 on steam, with two new maps, achievement system and some gameplay adjustments.
And thanks for your vote. :)

I like the concept of your mod, it also shows a lot of professionalism.