Games : Sins of a Solar Empire: Rebellion : Mods : Sins of the Prophets : Files 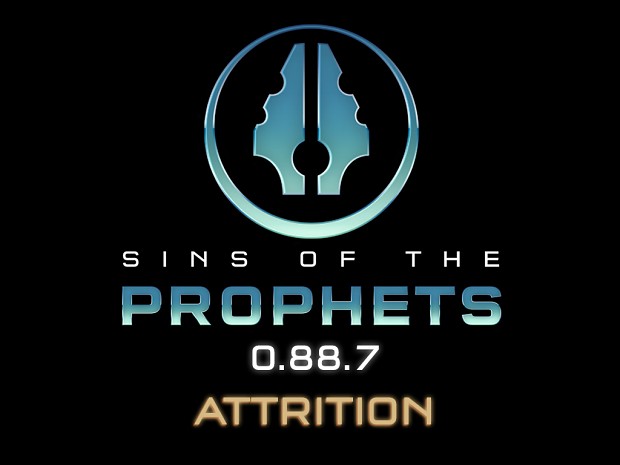 Question though: What prompted the removal of colonization research?

"On the UNSC AI front it was determined that the main cause of its failings was some of the planets being locked behind a tier 2 research requirement, while for the Covenant, both colonization techs were tier 1. Seeing this, we came to the conclusion that colonization research was being overly detrimental"

i got a qeustion how can i change the bin file to a txt file for
anchor starbase in sotp vo88.7

Every time I try it wont download, I just stare at a white box and nothing happens

Was it just Updated?

Yeah, I had the same problem with the "failed to convert " to an enum value". It could be a problem worth looking at

Hi there, for some reason the main menu text is gone every time i enable the mod. I tried reinstalling the game and a fresh download of the latest version of SOTP but still the main menu text is missing. I did notice there was a section of the installation read me about installing font for the mod. But the "Install these fonts" folder was nowhere to be found in the download.

Got the same issue, completely fresh install of both SoaSE:P and SOTP

Also noticed that the 3/4 tabs of the little news thing cause it to disappear.

An update to SoaSE broke the menu temporarily, you can press enter to go into singleplayer or tab then enter to go into multiplayer or you can revert your sins to the previous version so that the menus will work properly.

Already tryed the tab thing. All works besides the 1 thing i need. Mulriplayer.
It just says string not found, but unmodded it works.

Having the same problem