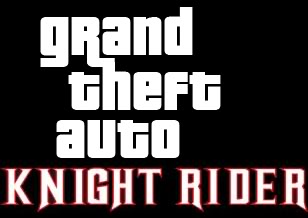 Knight Rider made a huge impact when it blasted onto television in 1982 and ran for four seasons until 1985. It is one of the most famous shows from the 80's and is still popular with audiences today. Now, Knight Rider is coming back with a new movie, a new series and now, a mod for one of todays biggest games, Grand Theft Auto: San Andreas.

It's good to be back, after a few weeks work we are pleased to launch the refreshed GTA: Knight Rider site (formerly Knight Industries Modding). Full information on the refresed site can be found here: Gtaknightrider.co.uk

Is the mod back for good this time?
In a word, yes, it is back for good. Myself and Mini-Me have persmission from kitt to continue his mod, with the newly upgraded site and forum, we can honestly say that we won't be going anywhere.

When can we expect a new release?
With the launch of the refreshed site we are also launching a revised installer for version 0.2b (designated as 0.2b Release 2, available from the downloads page), this is packaged in a way that removes the need for SAMI (San Andreas Mod Installer), as well as being SA V2 friendly. The only requirement of the installer is that you must have a Microsoft .net version 1.1 or higher installed prior to running the 0.2b R2 setup file.

We are currently working on version 0.2c (features in the list below), however we don't have any timescales on when 0.2c will be released. On the plus side, in-between main releases we will also be offering source code releases, which will contain all of the currently coded features for the next version of the mod. This was an approach we adopted with BTTF HV SA and was well recieved by users.

What are the planned features for version 0.2c?
Version 0.2c will focus on additions to the cars from the original Knight Rider series, one of the biggest additions will be animations, and we are currently working towards producing animations for the following functions:
- Super Pursuit Mode
- Emergency Braking System
- Convertible Top
- T-Top
- Semi ramp
Other planned features include:
- Ski-Mode
- Correct voice for Season 1 KARR and Season 3 KARR

Please note, although we are focussing on the original Knight Rider cars, dependant on how much time we have we will also consider requests for additional features on the Knight Industries Three Thousand

If anyone has any features they would like to request, please post them in the ideas and feature requests section of our forum. (When posting a feature or request please note that the request must be posted in a New topic, this will allow the team to find requests quickly without the need to search through a topic which is X pages long.)

Thanks,
The GTA Knight Rider Team

KR is coming back!

The Knight Rider mod will be returning in the new year!

V0.2b is here, with more features than the last! So buckle your seatbelts and start your turbojet engines!

The second release of the Knight Rider mod for GTA San Andreas is finally here.

The first version of the long awaited Knight Rider mod for GTA: San Andreas is finally here. Not much yet but it is a taste of things to come.

This patch fixes the crash on game startup and the adds the correct engine sounds to the KR cars. Only install this patch if you downloaded GTA: Knight...

A re-release of version 0.2b featuring a revised installer, which is packaged in a way that removes the need for SAMI (San Andreas Mod Installer), as...

Second release of my Knight Rider mod for San Andreas. Includes all features shown in the preview video plus a little bit extra.