A configurable chaos/randomizer mod for FarCry 2004..

A chaos mod for FarCry?

FunCry is a W.I.P. randomizer and chaos mod for FarCry 2004.

The idea came about when I discovered a way to scale enemies in real-time. It was both sacrilegious, and fun. Notes were made, and after some months ... work was started.

I'm known as FarOut, and can typically be found working on serious mods for FarCry 1. Things like the Beta Restoration Project, a widescreen mod, etc. But a project such as this was needed to incorporate amusing things that are occasionally found in the modding process. I believe FarCry has a fair bit of potential for playful mods.

Here are the effects initially thought to be possible, and notes on how they turned out: 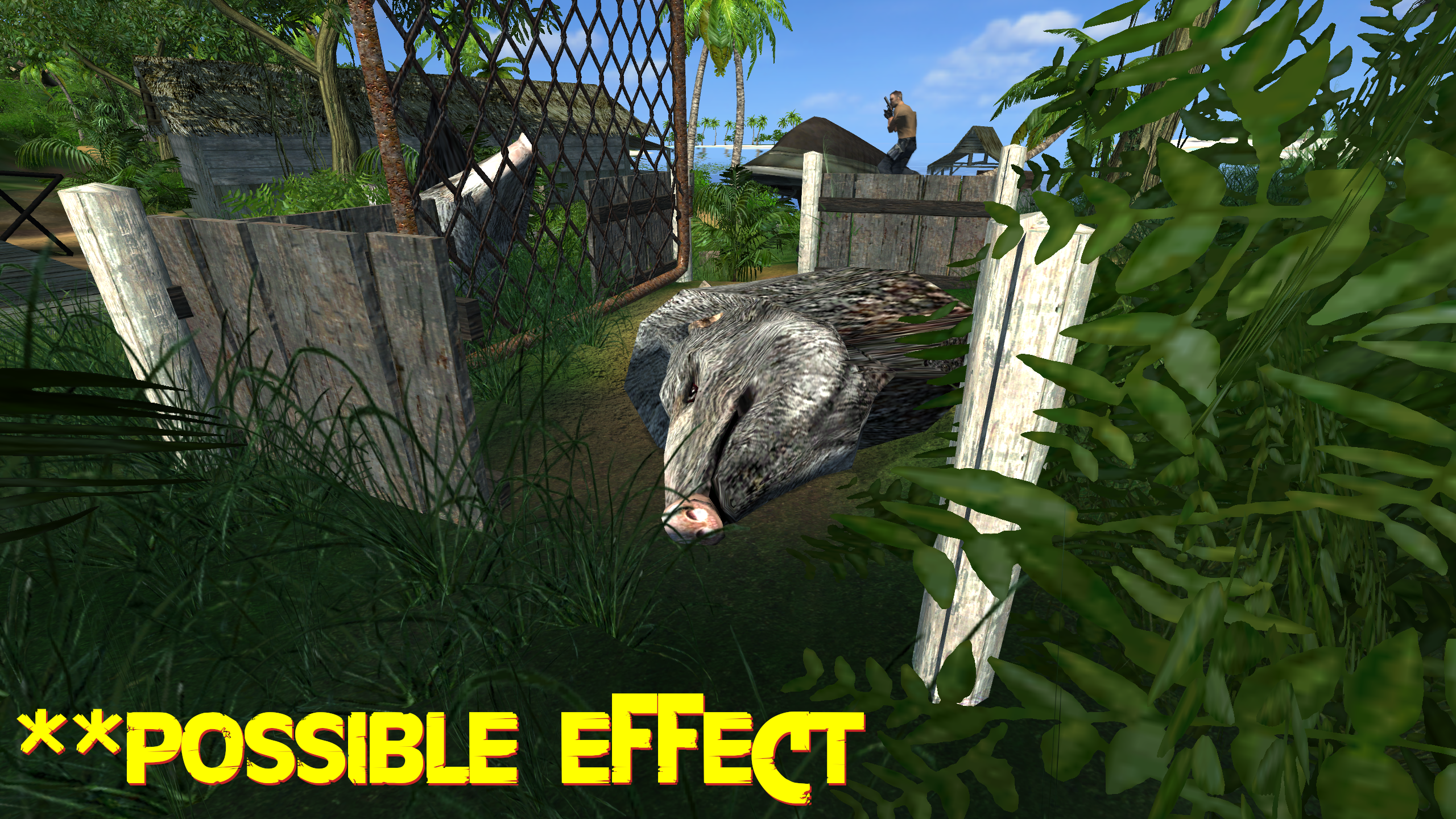 ^^ This effect is now called "Size matters" and scales certain items in real time. Is stable, and can cause dead mercenaries to fly away, spinning at absurd speeds. This can be triggered by killing an enemy without actually aiming at them. Then aim at them quickly after they are dead, and the body will scale and may spin violently. 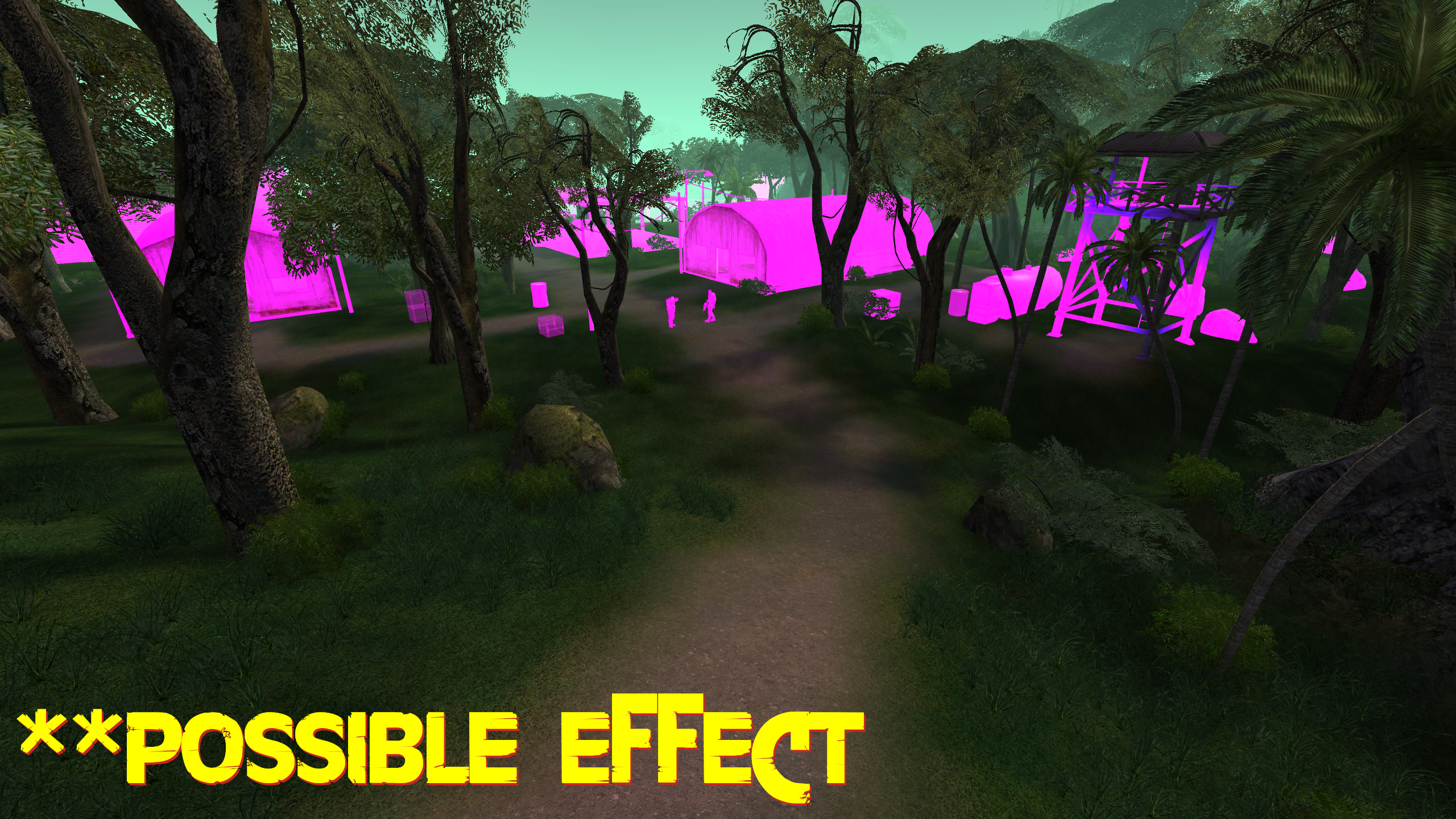 ^^ This effect is called "Life is colorful", and is disabled at time of writing. That's due to a crash issue. Perhaps it will return once a solution is found 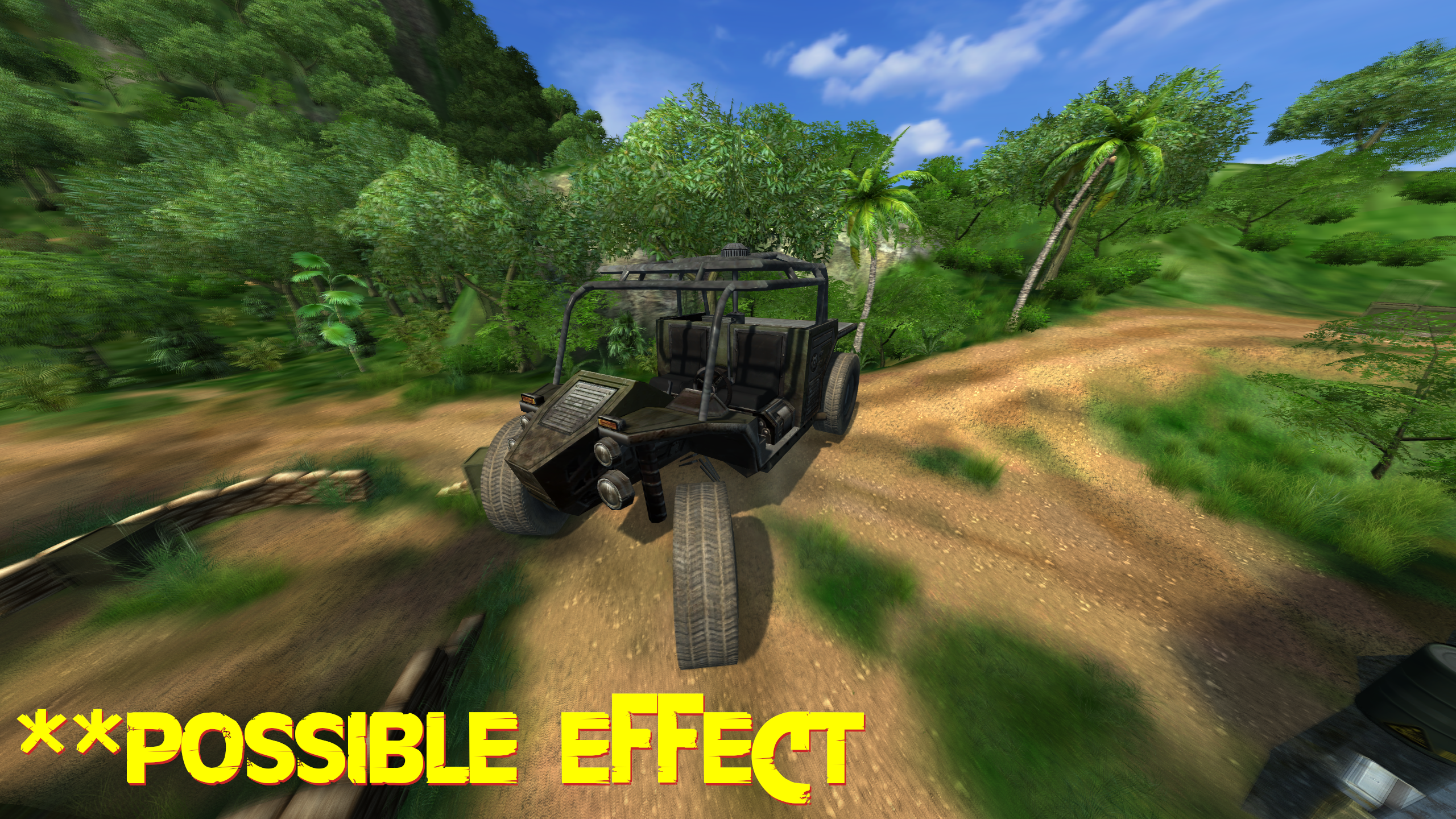 ^^ This buggy was scaled with the "Size matters" effect described above 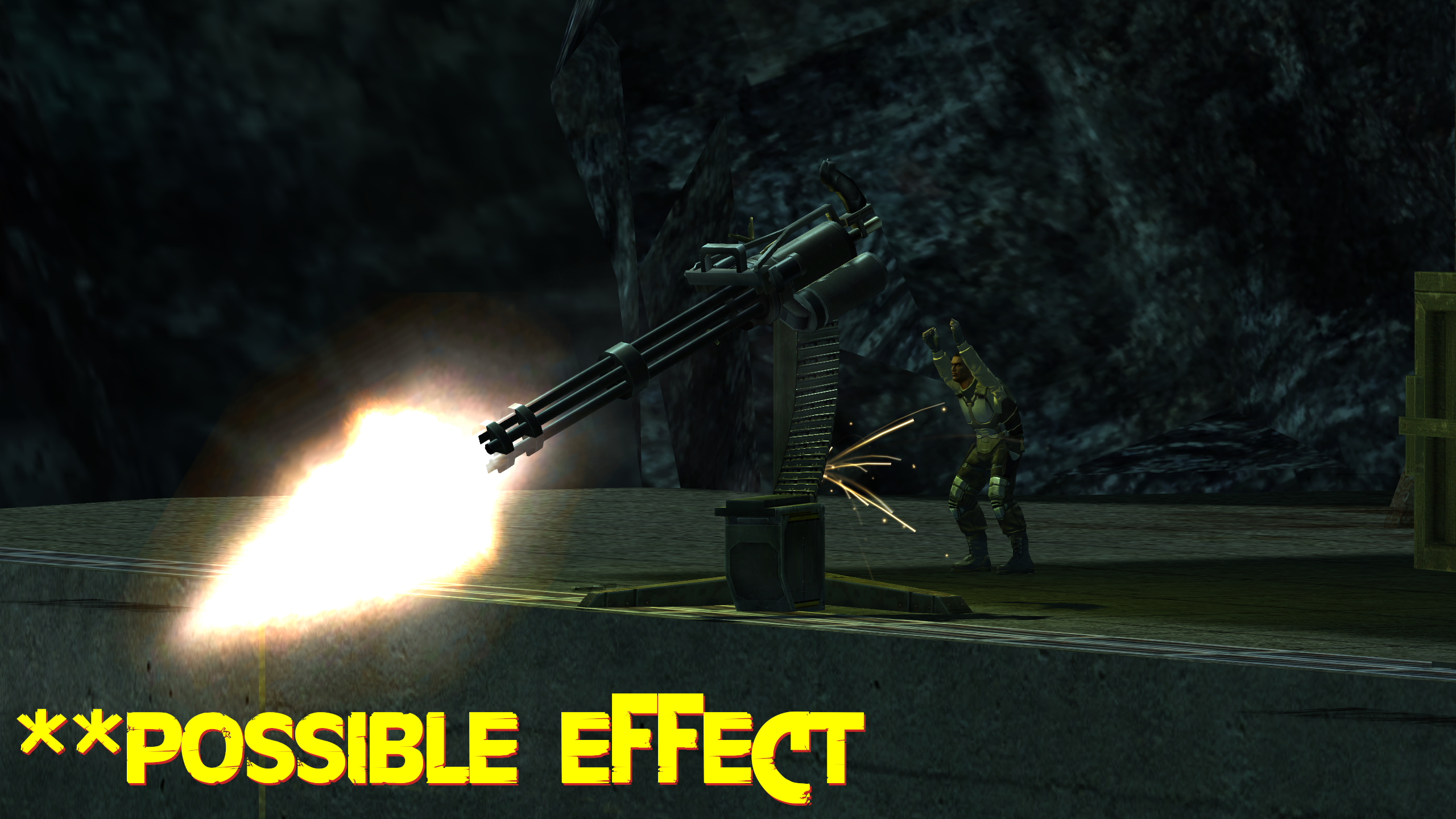 ^^ This effect is called "Laggy cuteness", and scales living creatures in real time. Some versions of FunCry include more than one possible size. So cute, but causes lag. As a side effect, they will probably not be very good at shooting 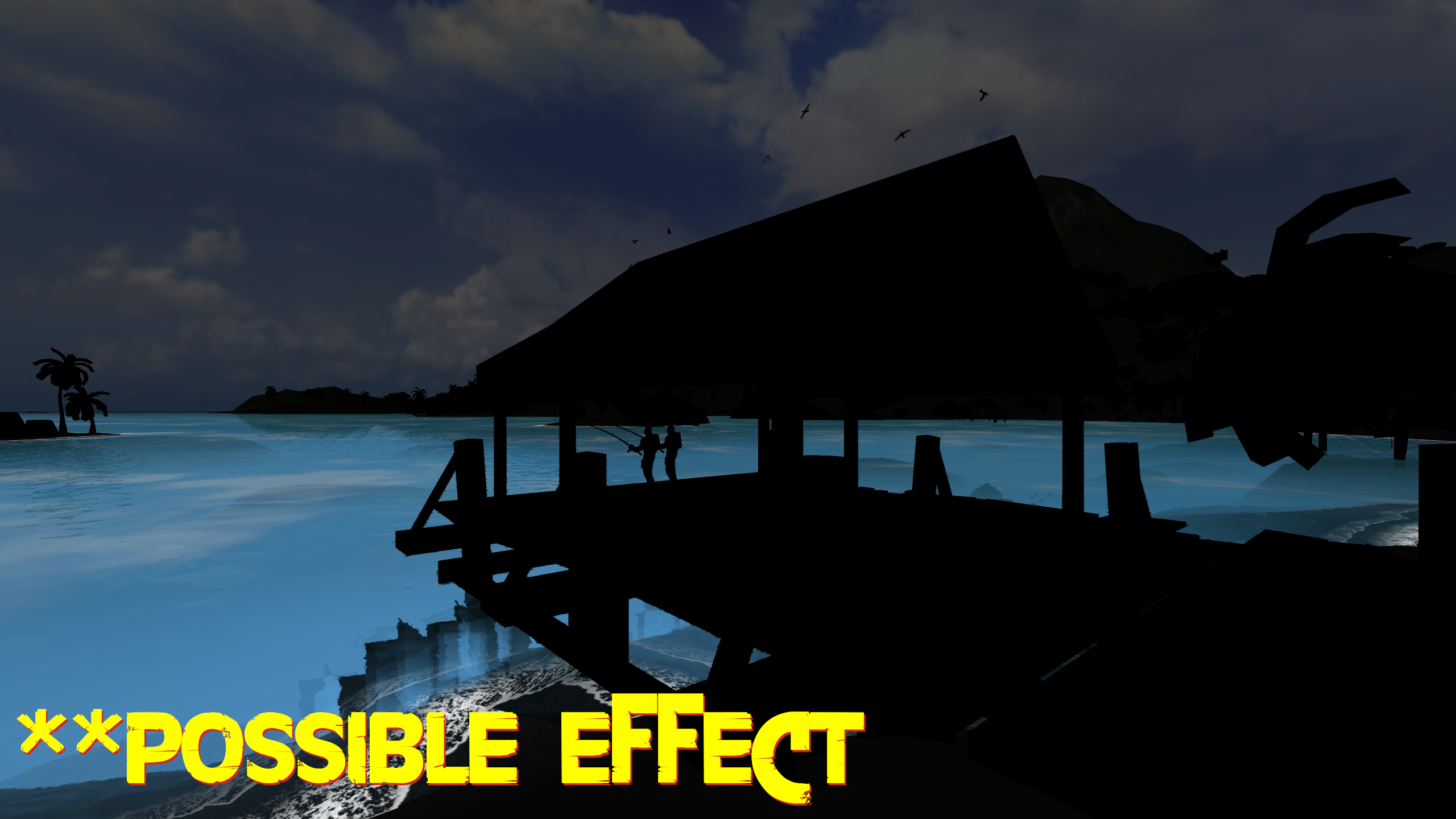 ^^ This effect is called "Shady business", and is very dark unless you are by water. It's a nice effect if used in short duration

• The first build was the Christmas 2020 version. It's not stable in it's default form, but probably is if the "Life is colorful", "Wires and stuff" effects, and "Digital jungle" effects are disabled.

• The second build seems to have been a significant upgrade over the first. Interestingly this version got a full video series on YouTube by Predator569. Below is his playthrough, posted with permission.


• The third build added more effects and fixed some issues. The "drunk camera" effect added in this build is kindof broken.

• The forth build added even more effects and also fixed some issues. The "drunk camera" effect is now fixed. The "Black Ops" effect is now updated and does not cover the HUD anymore. Looks like the new "In the matrix" effect only worked correctly for me. So you'll want to disable it in the config file. It does mess up Val's hair tho, which can be amusing. You can fully disable the status display as well. And more. This version has about 47 effects once you disable the bugged "In the matrix" effect.

• FunCry is interested in potential collaborators. Skills needed are C++98 along with DirextX9 experience. Lets talk.

• And that's a little bit about FunCry. It's in a very early stage right now, with a lot of amazing ideas to be considered.

Thanks for reading! -FarOut

Source code used in the creation of FunCry build 5

FunCry beta V3 with three new effects and some fixes.

Beta 2 of FunCry. Has about 38 effects activated by default. Should be considerably nicer than build 1

An initial beta version with about 33 effects. Check out the ReadMe.txt file for instructions

Why making this great game ridiculous?

That's the nature of chaos mods :) I also work on very serious and proper mods for FarCry.

when will the mod be released?

Probably in a few weeks. I'm fine tuning the basic code, and ironing out some bugs. It'll need a diverse set of effects to be a success

I will look forward to

Note: The initial 5 images posted are just a suggestion of the sort of effects that this will contain. Care will be taken to tune this mod to be fun and challenging rather than brutal :)

If you're a modder and think you have an effect ideal for such a mod, send me a PM and I'll take a look at it.

a drunk effect will be good addition

^^ Added in third build, with credit for idea