The Full Combat Rebalance mod is, so far, the biggest modification created for The Witcher. The combat mechanics have been remade almost from the scratch. The aim was to maximize the realism of the gameplay, this way making it more similar to the world created by Andrzej Sapkowski and maintaining the gameplay to the highest possible standard at the same time. The fights have became more brutal, they need more tactics and strategy, but on the other hand the combat system rules have become more logical. We warmly encourage you to test the modification on your own – and experience a completely new game!

Update to version 1.6a. Russian translation added thanks to Delamer.

FCR v1.6a
=========
- Immunities and resistances doesn't properly work in vanilla game. Removed Stun, Falter, Pain and Blind critical effects from enemy attacks because they meant instant-death for player with no way to defend against them. 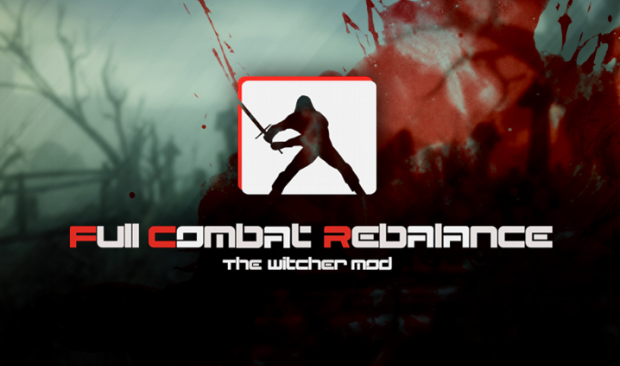 Congrats. I only hope you make a Witcher 2 version as well, and upgrade Quen and Heliotrop to what they are supposed to be.

TW2 version is in work since December ;)

Thanks for the great work Flash. I used this mod in the past and it was great. Quick question...I just built a new comp and reinstalled the witcher steam version. I can not figure out which directory to point the installer to for the steam version...can you help me out?

Never had a Steam version of the game but mod's installer should find game installation directory automatically by reading it from Windows registry. If Steam doesn't save this data then you need to find the folder yourself. Game should be in Steam\steamapps\common\... directory, or something similar.

I noticed something in the game (with FCR)..the giant centipede contract in Chapter IV is impossible to do because of the ecosystem..I need 4 of their armor thing for the elven blacksmith, but there are only 3 giant centipedes in total, atleast, no matter how hard I tryed, I couldn't find any more.

can't ill ghost, in chapter 2 restless ghost quest, i'm using strong style silver and specter oil, and the ghost isn't attacking, it is neutral, but when i try to kill it, i only hit 2 times and it parries, can't kill

all of the three hard difficulties make the game impossible to play and extremely unbalanced, got to chapter 3 and still have never been able to kill a ghoul, most stronger enemies are effectively immortal. This mod is a great idea but poorly executed.

So what's the deal with the Barghests in the beginning bleeding me for TONS of damage? I'm constantly at a quarter of my total HP because of this. Who thought this was a good idea considering I can't actively block this move?

Probably the best modification ever created for The Witcher. I finished it twice, and I simply adore it for how difficult and fair it is at the same time. Fighting system is the big issue of the first Witcher. It cannot be completely rebuilt to be as fun as in the 2nd and 3rd game, but it still can be fixed to the point where it gives you quite some fun, and this is what FCR does. In vanilla Witcher you just click, and click, and that's all, because you usually are stronger than your enemies. With this mod it is reversed - you have to use every adventage and skill you have in most encounters, even on lower difficulties. You get circled by multiple enemies - you die. You fight head on with tough boss - you die. This forces you to contrive during combat, to use such adventage as narrow stairs, where only one enemy can fight you at once or Geralt's increased mobility. A lot of people would say that this is not the point of gaming. I agree, but on the other hand you can still play vanilla Witcher if you want... This is a mod for people who seek a challenge. And we need more such mods, even if some people won't understand that. Hail to the creator, you did a great job my friend.