Hello, Freelancer. Looking for something new about good old Freelancer game? Welcome on board!

If you play in FL Nomad Legacy, you know - I making mod about new universe and storyline. But new objects it's not matter. Matter is new features. My current universe have many features, but still not have enough objects. I want to fix it, yeah. But I want to raise level of FL universe to next rank.

Sometimes age I complete final gamedesign plan of my universe. Look on this screeshot:
(this screenshot maded only for development, not promotion): 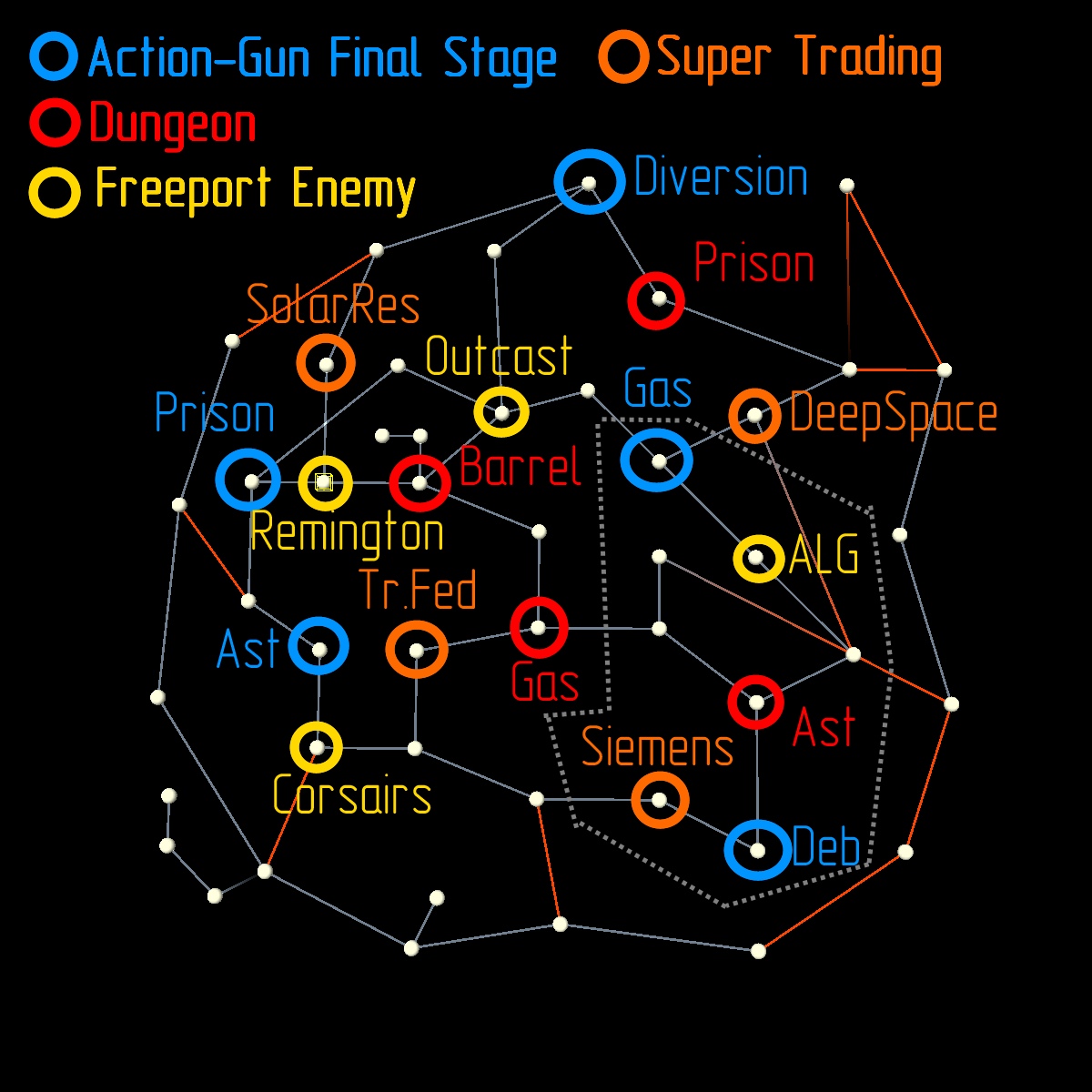 Description:
Dungeon - it's a... dungeon? Different subquest. Join dangerous mission and get your reward: key to faction's military base. And that's not a joke. I already made one of it, but will tell about it later.
Freeport Enemy - now in FL Nomad Legacy you can raise reputation only by making faction missions. But how restore back reputation? You can buy basic reputation on freeport, but freeports want see you as friend too. How to fix it? Attack unique enemies of every freeport and raise reputation to that freeport.
Super Trading - FL Nomad Legacy will have static courier missions. "Super Trading" it's top legal courier mission with best reward and best requirements.
Action-Gun Final Stage - Hmmm... sorry, it's too hard to explain. Look at the next chapter.
System in gray dots - it's a plan of next release. I can't create that universe at once. In next alpha-release you can touch new universe only in Rheinland systems.

And that's all. Every feature is tested and ready to be created. I just need time to do it.

Mining... mining in FL Nomad Legacy will not just "attacking on flying asteroids". No, that's too simple.

For mining you need to have special mining gun. Or action or role gun. 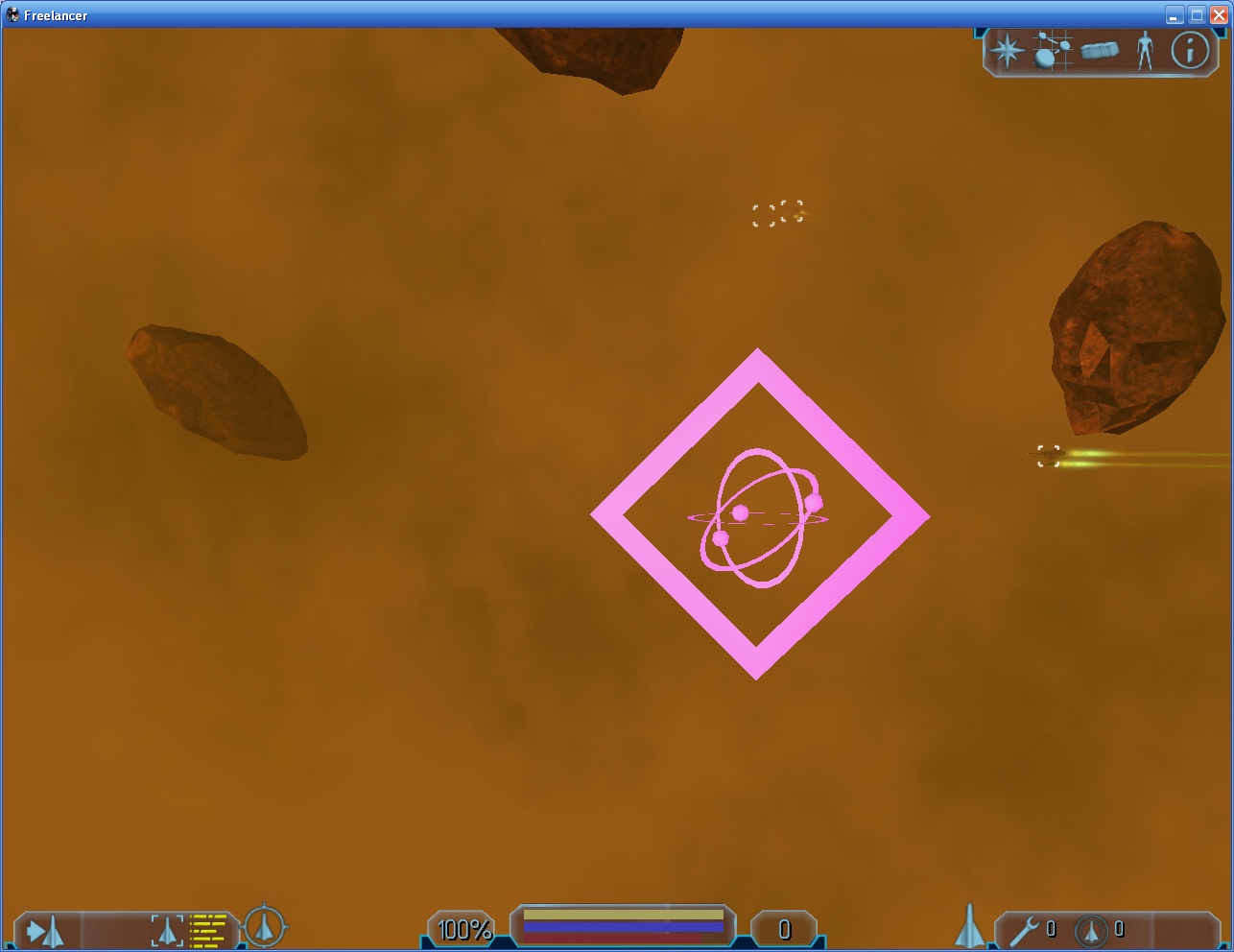 Just mine for cargo is not interesting. In FL Nomad Legacy you can mine extra modules.

You can mount modules on special placements on your ship: 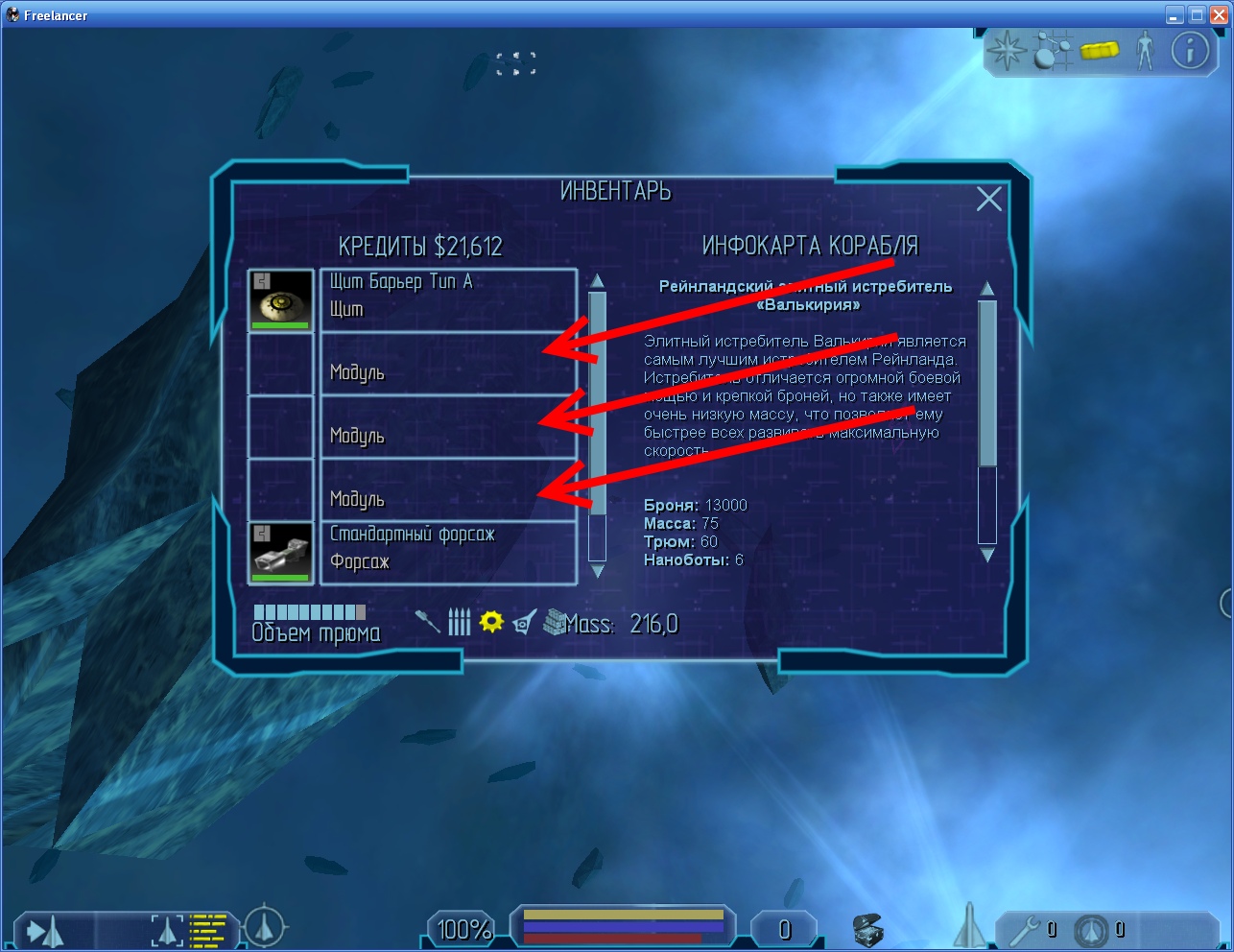 But not all asteroids contain modules. How to find required objects?

That's not so many words to tell about it. Marker gun it's no a mining gun. You can mount only in weapon slot. What's effect of this gun? 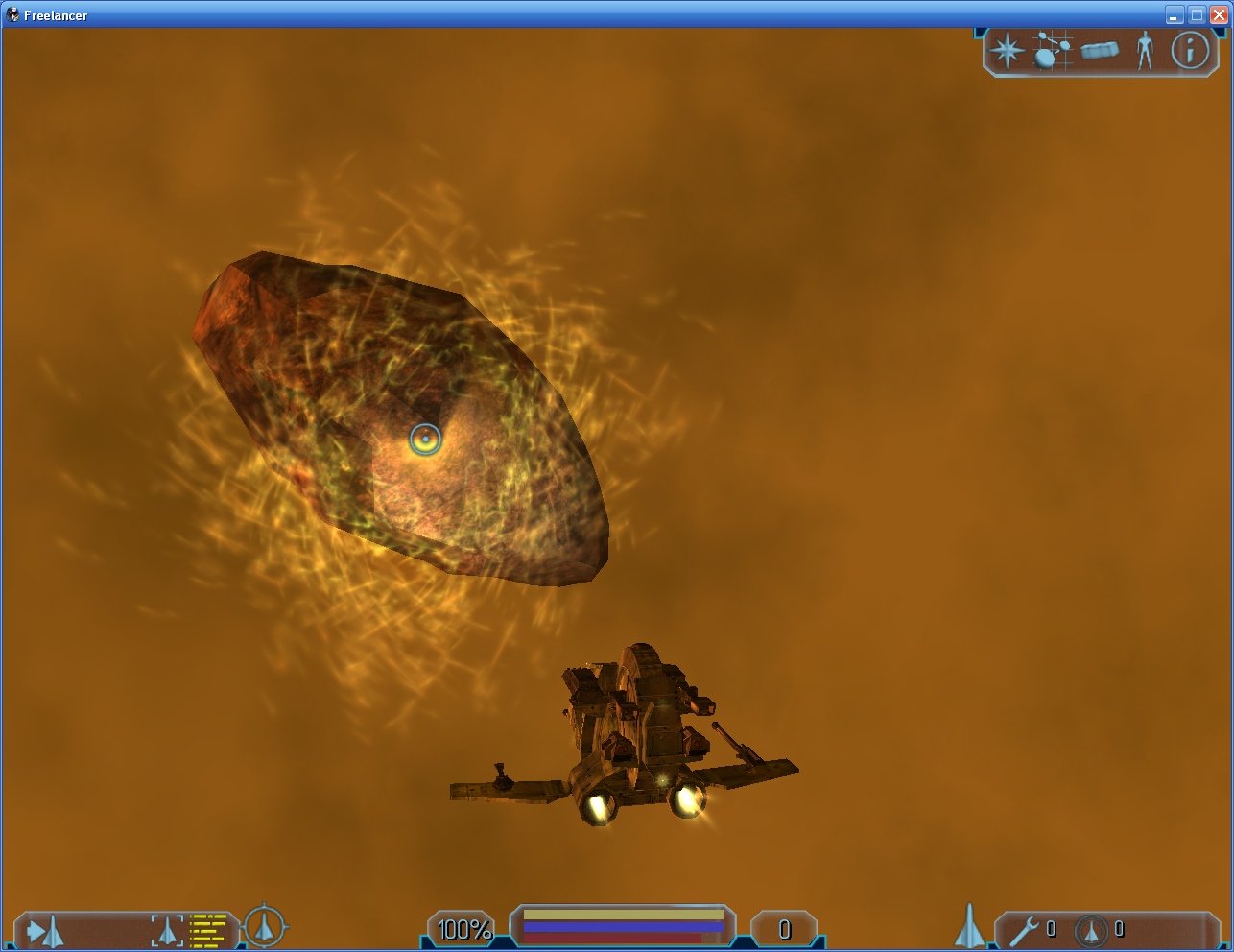 That's too hard to explain... marker guns, different mining guns. What is simple way to use it?

CSV have speiclal manipulator. That's "gun" allow you to mine every mining object with maximum speed. You don't need to have special guns anymore.

That's why CSV will not released in first version of mod. But with mining this ship can be best choice of every miner.

Ohh... that post is very big. But many players want to know, what mod is making so long. I so sorry, but I can't made simple fixes. Next alpha is coming soon. Now I working on cinematics of intro scene. But this is another story.

Again about of possibility to do this plan. That's possible. But I have full-time job and working on mod only in free time. Sorry, I can't change this. Anyway, I want to complete this mod. You need just to wait for nearest alpha-version release.

Thanks to you for reading, and watching!

Nice work m8!
Wish you all the best!