The past week has been full of development activity on the FragOut dev team and I felt it was time to let you all know what's been going on.

A while ago we recruited Draken as a Level Designer and he already posted some screenshots of his map in progress, check it out: 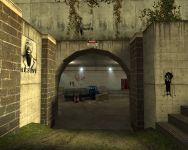 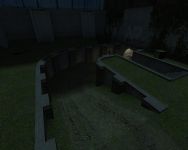 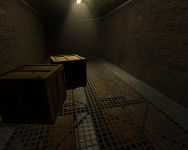 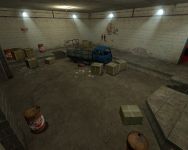 Also thanks to Mastix one of our testers and also helps with PR and recruitment, we now have a Sound Engineer to help out with our sounds, so say hi to: Dj DoGiDoG

He's been quite helpfull and is a great asset to the team.

This means that there are currently NO open positions within the team, we're stuffed!

- Code: Focused on finishing the current 2 gamemodes(Last Man Standing and Last Team Standing), ironed out some bugs, added the MelonDeath mode(read on for more info) and modified the HUD a bit so the Lives counter is now next to the Health counter.

- Mapping: Alt' updated his OutPost map with new lighting, changed sounds, made the sounds env_soundscapes and some other things. Draken is still working on his map and hopefully there'll be a version we can playtest soon :D

- Modelling: Nauz got a new mission and it's this time not a grenade! More info once he's done/nearly done

- Sound: Dj DoGiDoG has made a new skull nade sound, we needed a new one due to the other one not having anything mentioned on usage rights, so hence a new one based on a sound that MAY be used and editted.

It's not as great but it was hard to find something good for the skull, and a sound is better then no sound. He also made a sound for when MelonDeath mode is activated though it's not fully done, it also includes voice so that's awesome too :D

Earlier I mentioned MelonDeath mode, here's an explanation:
Once there's about 30 seconds of roundtime left MelonDeath mode is activated, it's like SuddenDeath but with a twist: players get 1 hp and their grenades are removed and replaced with a whole buncha melons, since players have 1 hp the melons become very efficient at killing off everyone remaining.

However the 1 hp thing can be rather annoying and we're considering changing it to giving everyone 100 hp instead and a special type of melon that can be thrown (much) faster.

Here's a pretty cool video one of our playtesters made, for the credits see the video description.

That was all for now, keep watching! :)

Thank you for thanking me =D gotta tell you all, playtesting is SO-MUCH-FUN!

thanks :)
with christmas vacation on the way, expect lots more info and media soon :D

Aaa, what was that song in the trailer? It's driving me nuts because I've heard it before but I can't think of the name.

I hope some killer music is included with the game, It would help the mood so much, I love these random fun mods :D

Wow! Man, this is looking fantastic guys, great job on the video too! And Alt, your map is looking soooooo sexy!

Cool, nice idea and good job so far by the looks. An idea would be changing the explosions around for a bit, the same grenade explosion for EVERY grenade would get annoying after a while