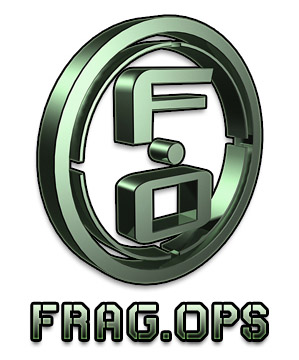 Frag.Ops is a semi-realistic FPS total conversion mod for Unreal Tournament 2004. Players can choose between two teams, Special-Ops and Mercenaries, each has an arsenal of customizable weapons to choose from. FO takes place in a fictional near future environment, with missions located worldwide. The gameplay in this modern tactical shooter is round based with different objectives for each mission. Be warned, Frag.Ops contains extremely fast paced action.

--WYSIWYG Aiming System - FO is the pioneer of the fully physical recoil system, in other words no aim-error or "conefire". This means as long as you adjust for recoil you will hit what you are aiming at.
--Medal Award System - Medals are awarded to players achieving certain goals, the medals have different rewards attached to them like cash and extra abilities. Achieving the highest marksmanship medal grants you access to the Golden Eagle a one shot kill pistol. Earning medals became a huge part of play, thus it wasn't surprising to see another game, D.I.C.E.'s Battlefield 2, make use of a medal system in an almost identical way 2 years later.
--Trait System - Select from multiple RPG like traits for your character, each has its own unique pluses and minuses.
--Action Point System - These points allow you to sprint, making you run faster for a limited time, they can also help you stabilize your scope by holding your breath. You recharge these points manually by resting. The amount of action points you have depends on armor type, traits, and medals.
--Customizable Weapon System - The game offers 24 unique weapons divided evenly between the 2 teams, except for a few shared weapons. Weapons can be upgraded with different options and attachments such as scopes, silencers, different ammunition, akimbo sub-machine guns, night vision scopes, laser sites, bayonets and even poison for your machete.

Frag.Ops was published in UT2004 Editor's Choice Edition along with other top mods. Unreal Tournament ECE was released on Sep 21 2004.

On the first day of release FO was downloaded over 20,000 times in the first 12 hours. Afterward it would remain the highest-played mod in UT2003 history, and continue on to UT2004 as the second-highest (March 2006).

Please note that Frag.Ops was designed as an online multiplayer game. There is a single player botmatch, but it was not developed very far and does not reflect the gameplay that you would see online.

The official FO website has been shut down and Frag.Ops is no longer being developed, but don't let that stop you from checking out this classic mod.
The Frag.Ops Team would like to thank all the players and we are happy so many people enjoyed playing FO.

Frag.Ops is back and better than ever! New maps, new scopes, tons of gameplay tweaks, and just flat out fun. If you are looking for the best round based Tactical Shooter then look no further as Frag.Ops has everything you need! Get Downloading and Start Fragging! 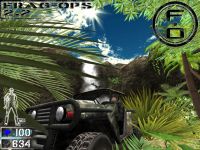 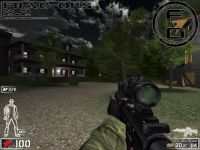 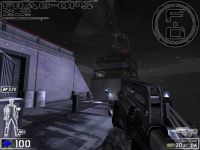 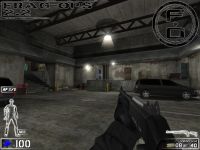 Ektophase has made an awesome trailer for the upcoming version 2.2 of Frag.Ops. A couple of the new maps are missing, but we may release an updated trailer...

We're pleased to annouce that Frag.Ops is making a come back! We are currently hard at work on producing the latest version of Frag.Ops : Frag.Ops 2.2...

Hello everyone, Seems that we havent updated our moddb profile in a while... Well, anyways, FOUT2k4 is out, and 2 new patches to go with it! 1.36 was...

Is that CD Key glitch removed?

I received an email recently from Fredrik and his friends over in Sweden. They still play some FragOps at their LAN parties that they have twice a year. Apparently, they have been doing LAN parties for 21 years now! ..pretty cool. It’s fun to find out the mod is still being played and enjoyed in multiplayer mode in 2019! I figured the FO team and some of the old players would find this cool if they stop by here. :)

I remember the AI being bitch to fight against in this. Provided they moved at all.

They should be easier in the later version of the mod. iirc in some older versions the bots would go for headshots and were a pain to deal with.

I had the version that came with the ECE.

If it helps, I have the GOG release (3369 with ECE pack) and the mod runs well. As you said it messed up with the CD key when I used on the retail version. You should buy the GOG version, maybe it is a compatibility error.