This time the FHSW developers present us new anti-tank weapons for the infantry.

This time the FHSW developers present us new anti-tank weapons for the infantry. A lot of work and detail also went into creating custom animations for these weapons which you can see in the following video. 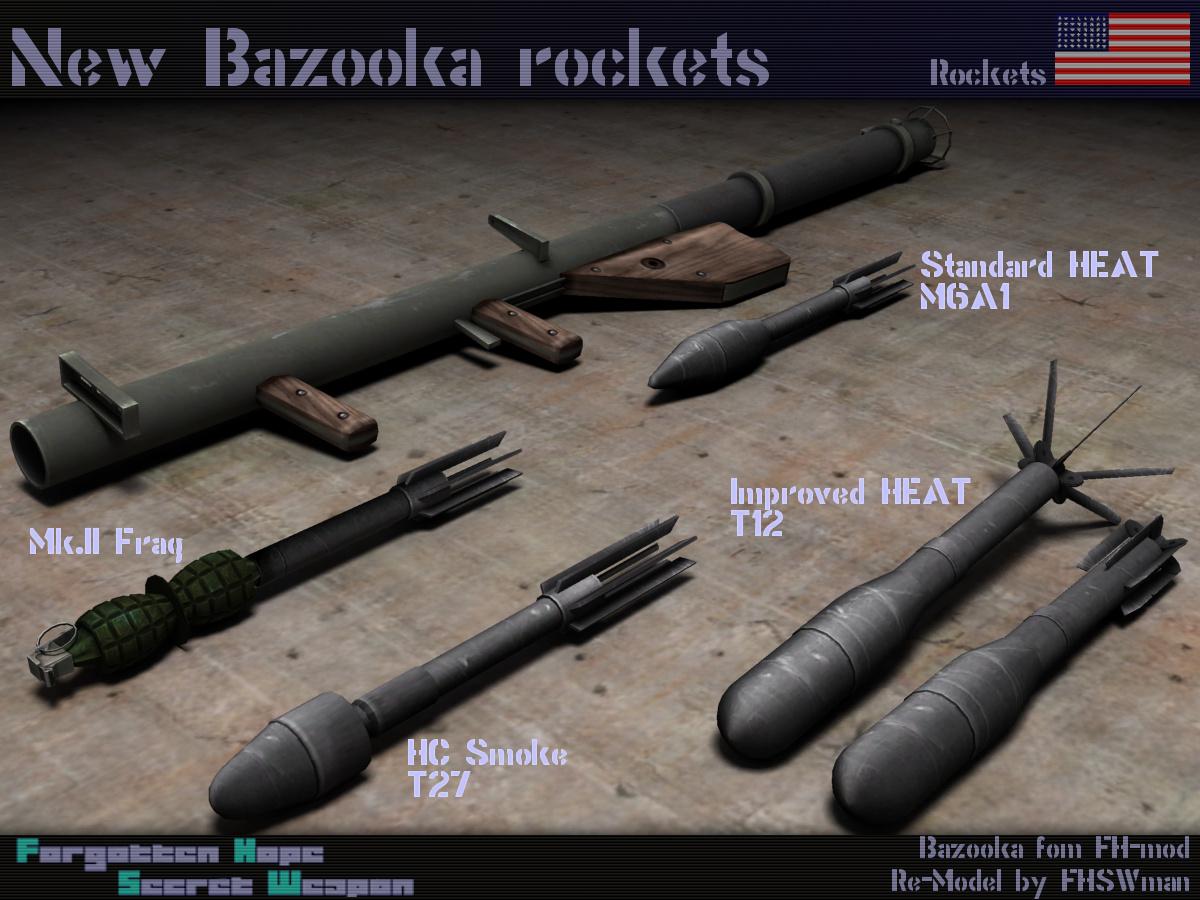 A number of warheads were developed for the Bazooka but only a few of them were actually used in combat. Three of them will be added for FHSW 0.6.

After the introduction of the improved M6A3 rocket with its rounded head further development started. One suggestion was to attach folding wings for a more stable flight. It was designated as T12 and tested in 1944 but never fielded.

In FHSW this weapon is a decent improvement over the regular M6A1 rocket as it can penetrate up to 127 mm of armour instead of 100 mm. It will be available occasionally on maps from 1944 and later.

In 1943 a special fragmentation warhead consisting of two Mk II hand grenades was developed. The pin of the top grenade was pulled and the rocket loaded into the launcher with the arming lever riding against the bore. When fired the lever flew off and the rocket exploded after the regular 4 to 5 seconds creating an airburst. It was little used in combat and never standardized.

Because of its timed fuse this rocket is different from any other weapon in FHSW. It's of great use on urban maps where it's often tricky to lob regular hand grenades into an upper-story window for example. With time people will probably figure out other creative ways to use this special ammunition. On some maps it will appear as pick-up kit.

The T27 was a rocket where the anti-tank warhead was replaced with a smoke head which saw limited combat testing.

Similar to the Mk II rocket the T27 is basically an improved smoke grenade which lets you create smoke screens from great distance with good accuracy. 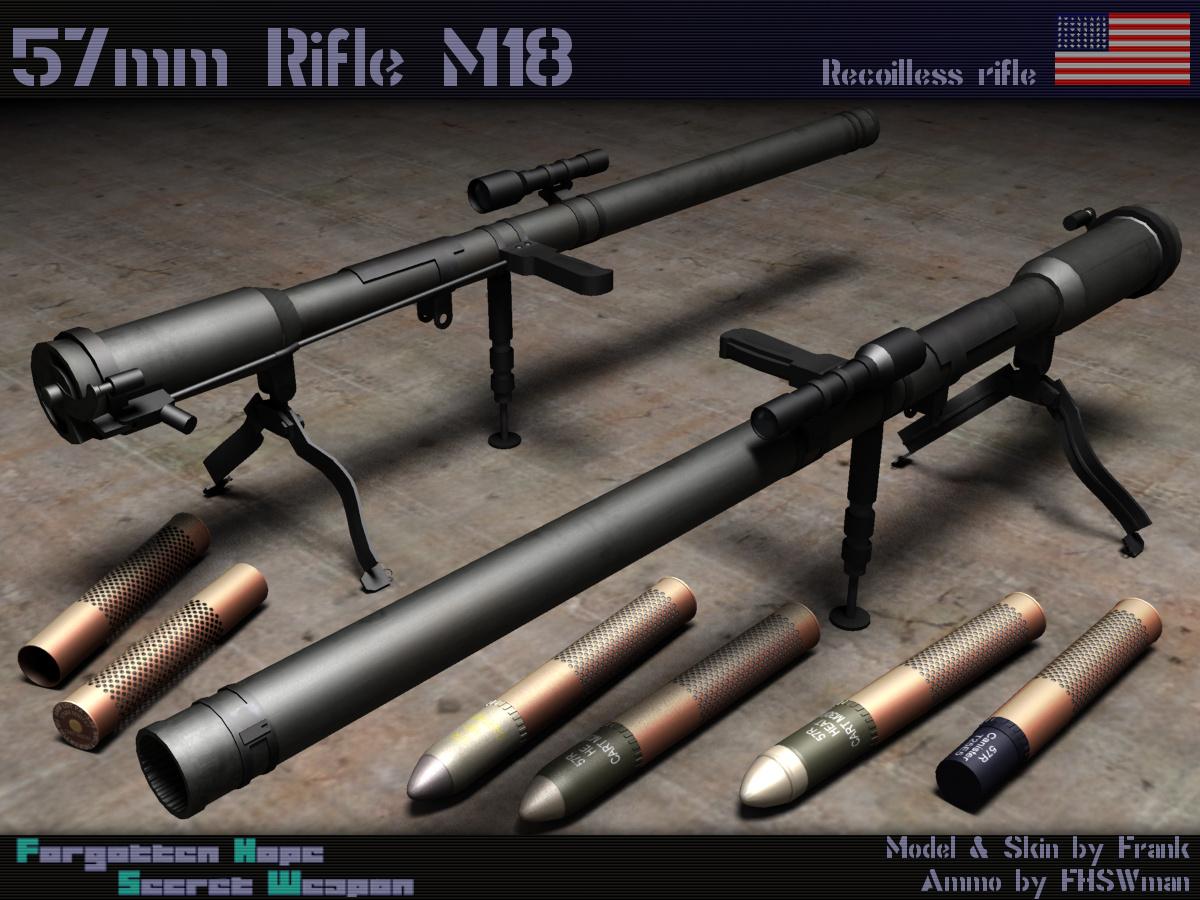 The M18 was a 57 mm anti-tank recoilless rifle used by the U.S. Army in World War II and the Korean War. The main advantage over the Bazooka was the greatly improved accuracy and range. On the downside it was often unable to penetrate the late war German tanks, against the light Japanese tanks however, it proved to be very successful.

Because of the great range it feels different from the Bazooka, it's like carrying an AT gun on your shoulder. To be able to also hit something at these distance it's equipped with the M86F scope. 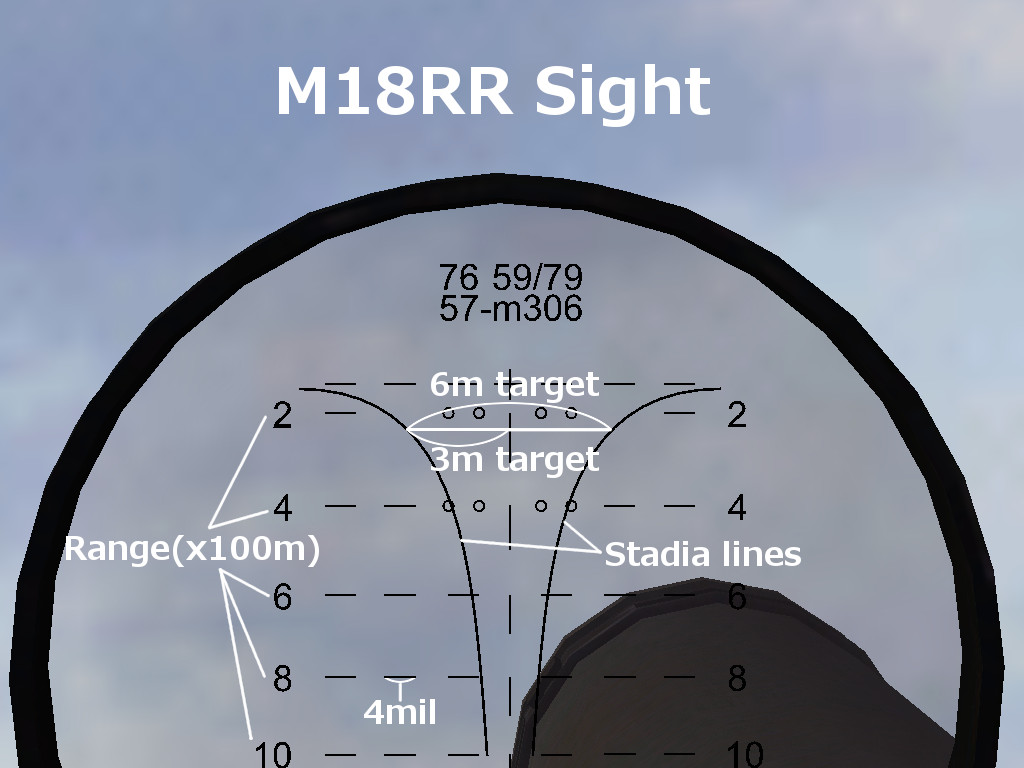 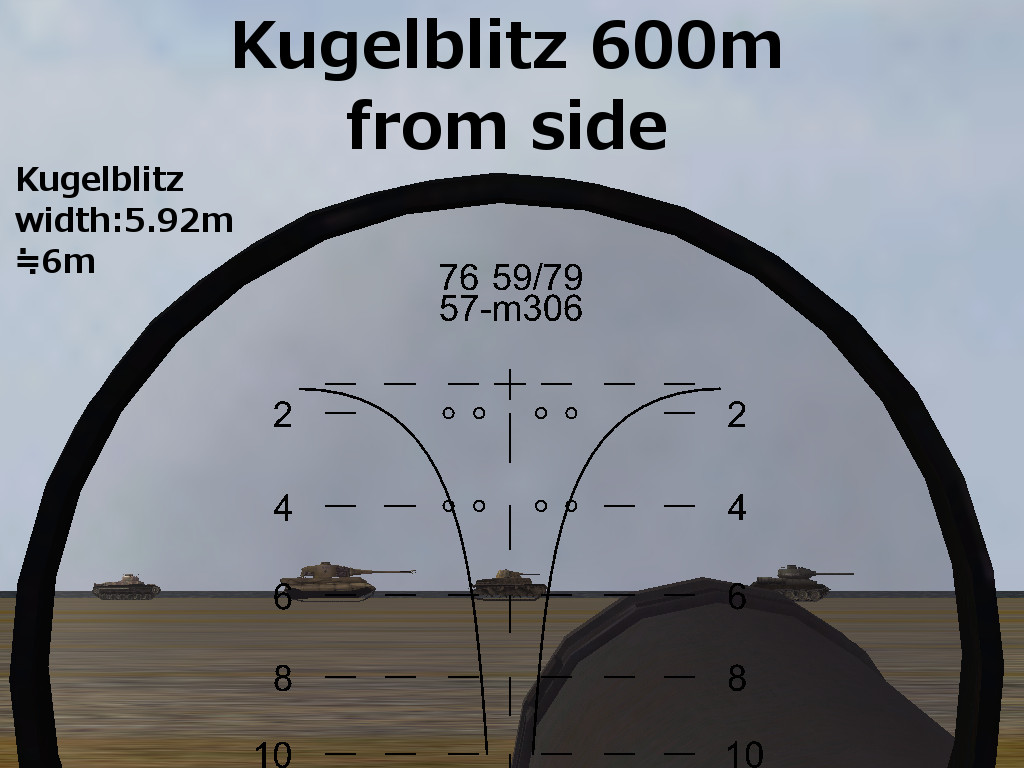 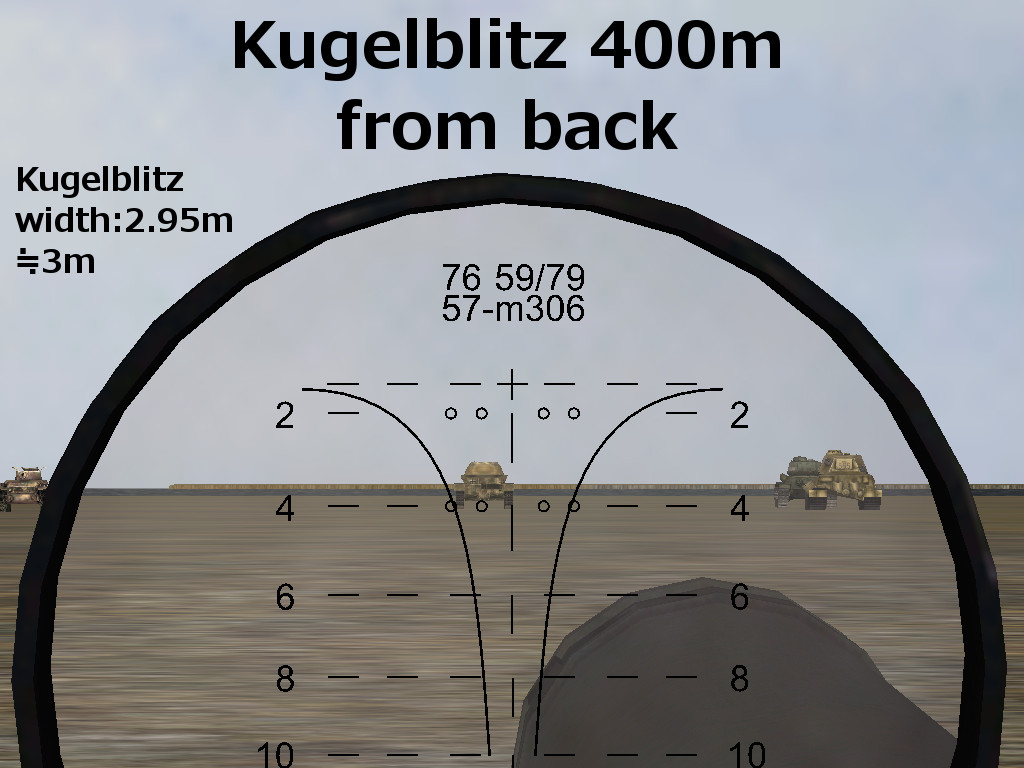 If you see a 6 m wide target and it fits exactly between the two stadia lines fire away! You can read the target's distance on the left. Similarly if a target is roughly 3 m wide you have to line it up with one stadia line and the centre line.

The weapon is available with the following ammunition: 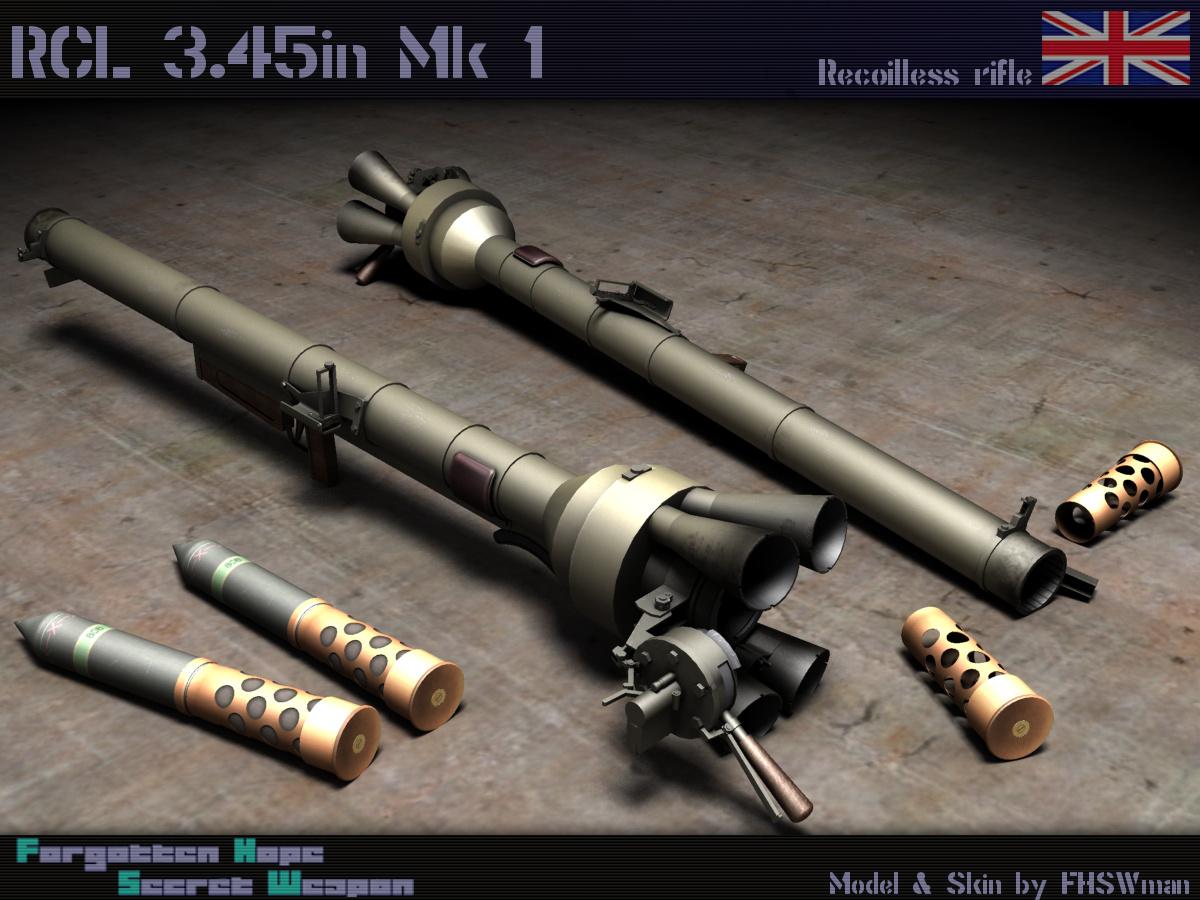 Besides Germany and the US also Britain experimented with recoilless guns. However due to breech wear problems it did not see action.

Gameplay-wise it's similar to the M18 recoilless rifle but thanks to its higher calibre and better warheads it's a lot more effective against tanks. The HEAT projectile penetrates up to 120 mm armour which is more than the Bazooka and is therefore a great help in dealing with German tanks. The second available ammunition is a HESH round which is extremely powerful and is able to penetrate 180 mm armour! It's also viable to use it against houses and bunkers because it has a "wallbuster" effect that can kill infantry hiding behind walls. This variant will be very rare and can only be found on certain late war maps. 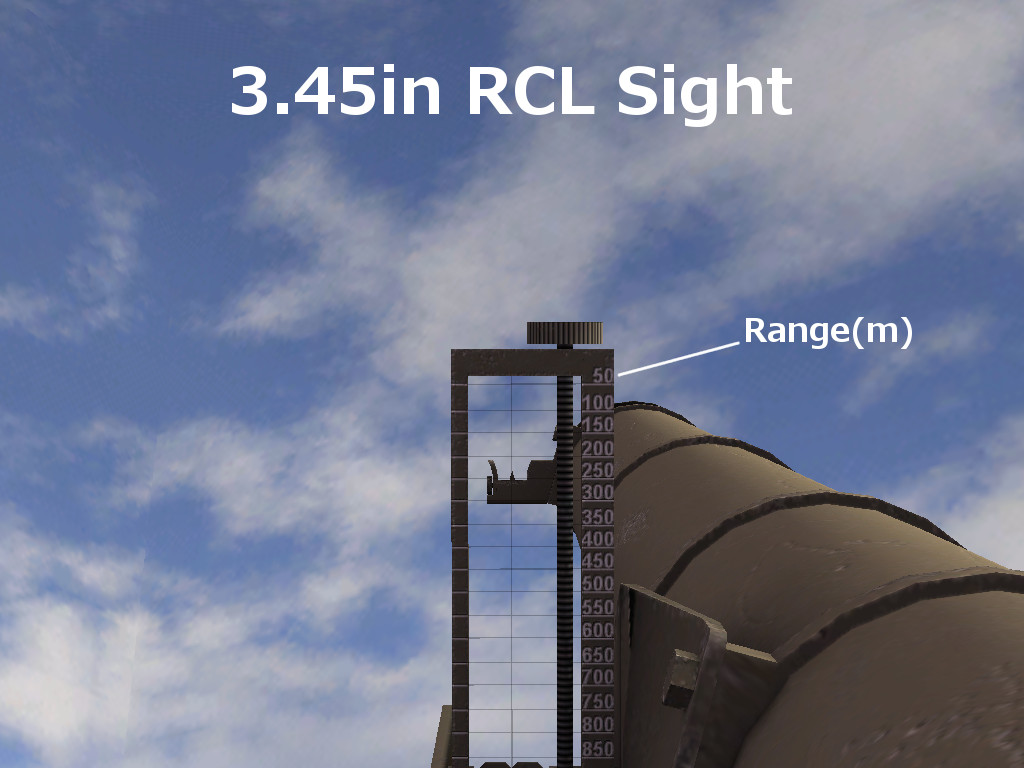 In reality the sight could be adjusted for the different ranges but this feature is not possible to code in Battlefield 1942. Instead it was slightly modified to work like the sights of rifle grenades or knee mortars to help you with the aiming.

Amazing looking models and textures, I wish I knew how to model them with such detail and precision.