The latest patch fixes hundreds of bugs and improves performance, crashes, and many other bugs! Plus, new installation and modding guide videos! 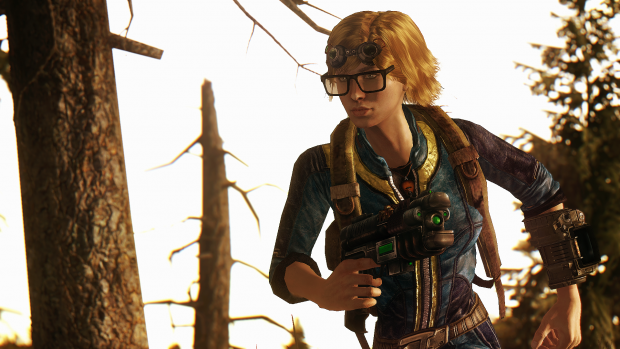 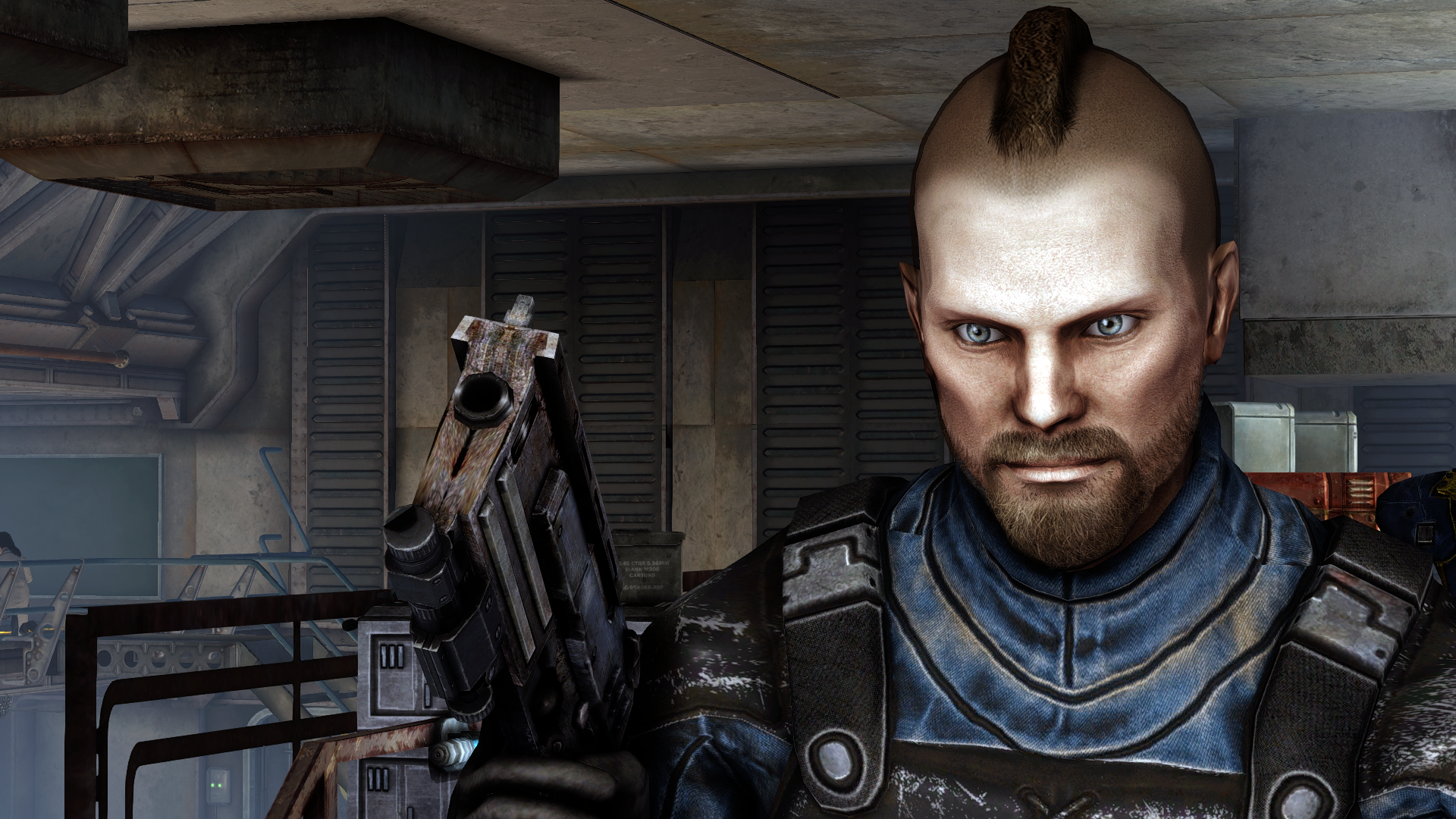 BETA 2.0.3 should fix hundreds of bugs, crashes, and fps woes!

You really should install and play on an SSD. 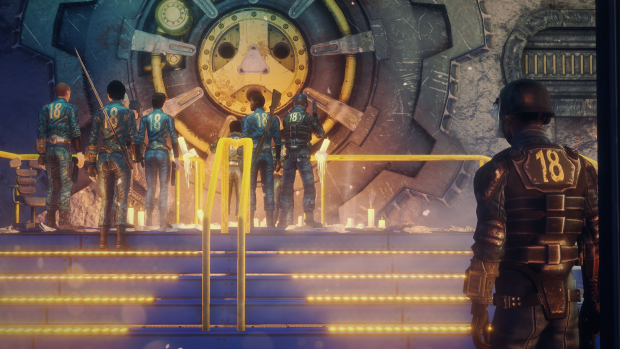 We have been ridiculously busy this week since launch, having updated thousands of records in the mod. We learned a lot, which will come in handy for future games we plan to release. A lot of that was just learning to manage and coordinate the HUGE volume of traffic -- a 24/7 job in 3 languages and across 4 primary websites: Nexus, ModDB, Facebook, and Discord -- the rest was learning about this old engine.

It's people. That's what's important. And in our case, the people shine.

Diagnosing crashes, fixing bloated texture files, moving thousands of gigabytes of data around servers, fixing broken quests, adjusting narrative and objective text, fitting into a pre-existing community and tool user community, running tech & installation support -- all with over 100,000 downloads over several platforms -- that was an experience.

Finally, after all these years, Rick and I aren't alone anymore. :) 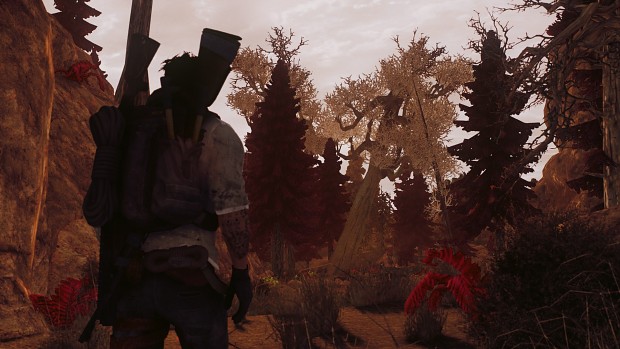 Rick and I, the leads devs, couldn't have done it without of boys on Discord:

The Best Damn Tech Support Team in the World! 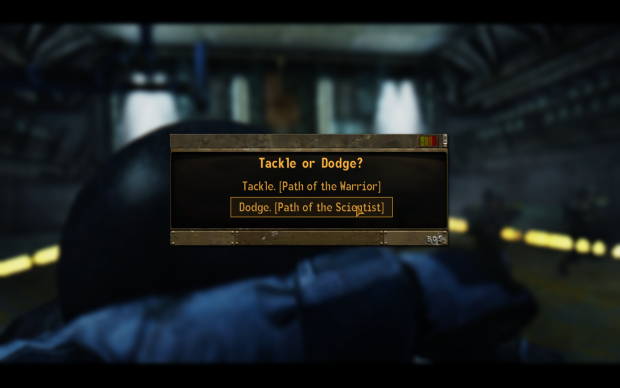 If you were on our discord channel in the first few hours that morning on the 27th, the Starship Troopers theme song is probably still in your ears.

We were caught off guard by the intensity of the release crowd. We moved more than 88,000 downloads on day 1 just between ModDB and Nexus. Our Torrent traffic was well over 20,000 more. We haven't been able to get an exact estimate, but we damn near crashed Nexus Mods, and we were told that the bandwidth here on ModDB hit some records.

User had hellacious installation problems. There are 4 major mod managers that all do things differently. We spent 3 weeks just testing installers before release and writing user guides.

Nothing prepared us for day one. XD

I haven't slept for like a week more than a couple hours a night til we solved all those crashes, frame rate issues, and installer problems.

203 Fixes hundreds of records and required we re-upload all our textures with a different form of compression and new mipmaps. I also had to sacrifice a lot of art for 203 and some NPC spawns. This bought us back a lot of performance. Still not perfect out of the box, but we have a new tutorial that will get you there if you are willing to work with us:

There is always more to learn in modding. Just like game design. The minute you think you know it ll, you find another massive block of things you need to learn!

We've taken it in stride and done the best we could.

I think after 203 you'll agree, it's definitely paid off! We've got so much user feedback, fixed so many bugs, patched so many crashes, it's starting to resemble a finished thing. 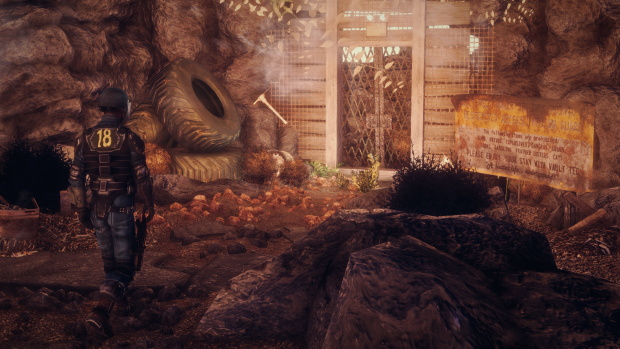 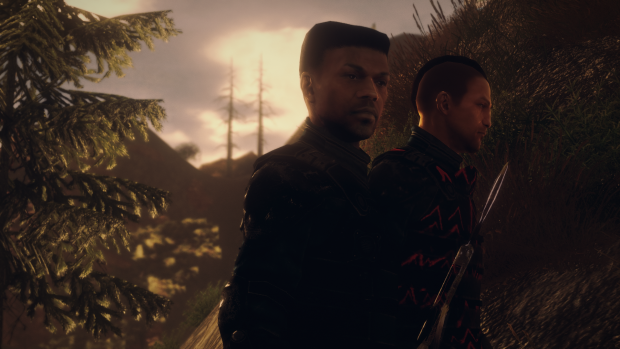 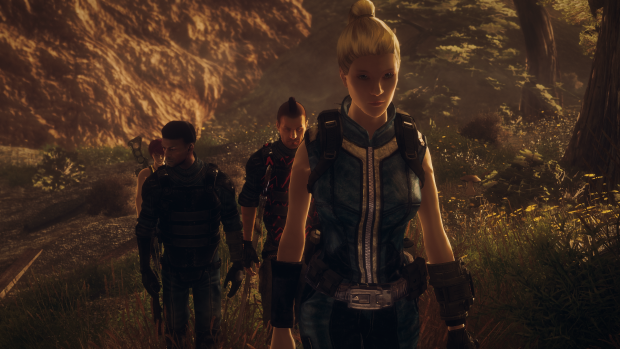 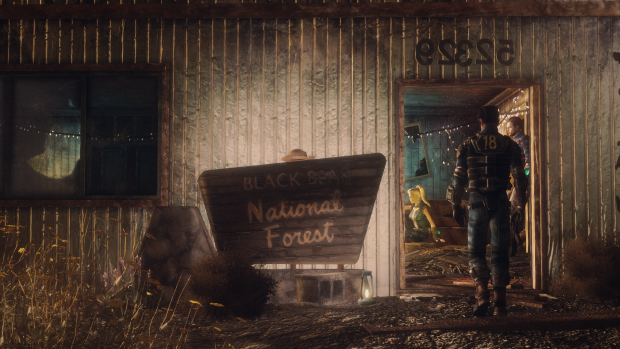 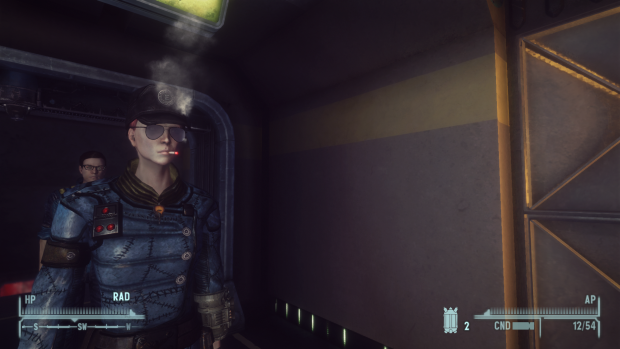 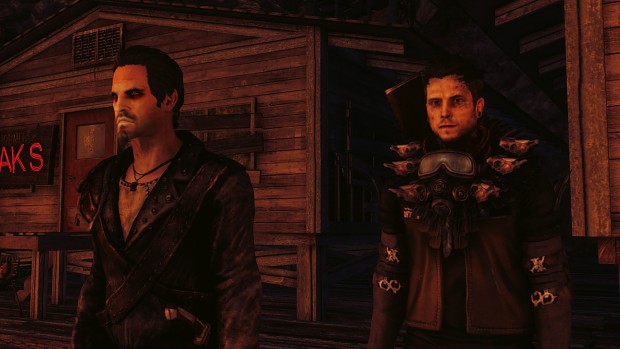 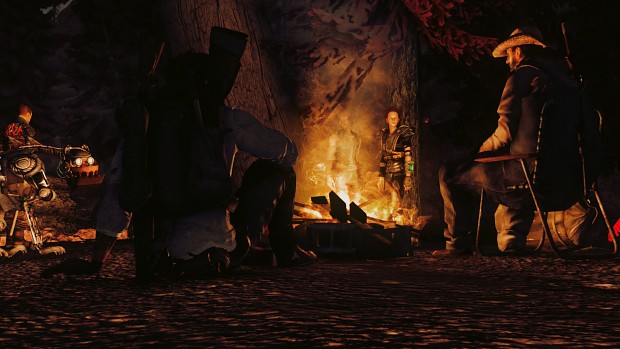 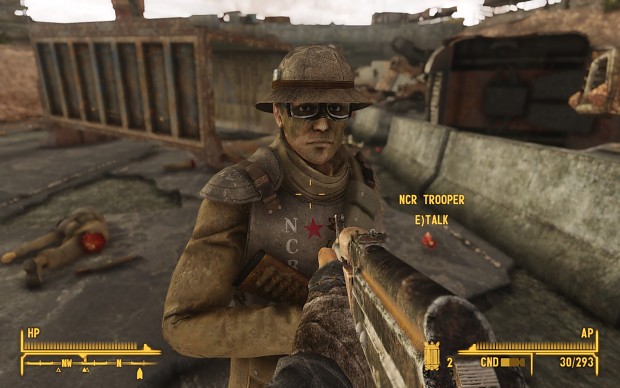 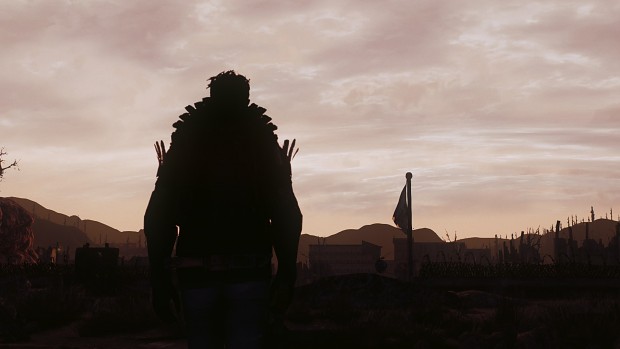 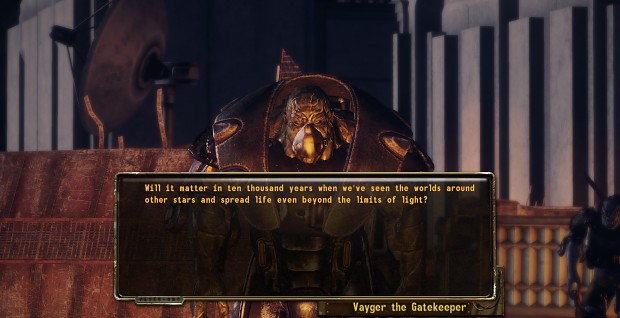 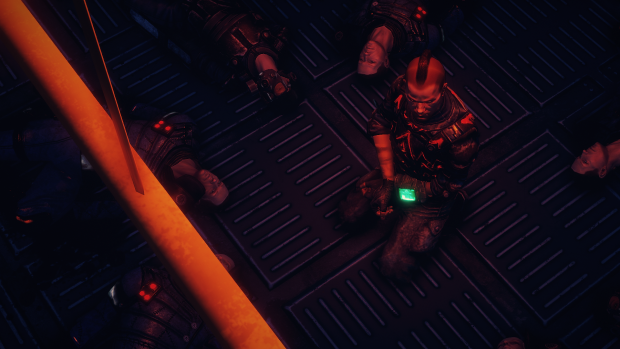 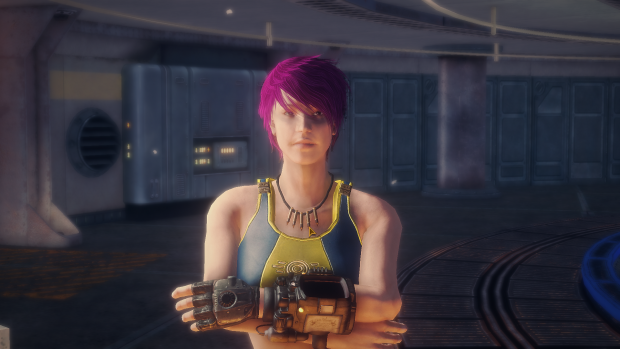 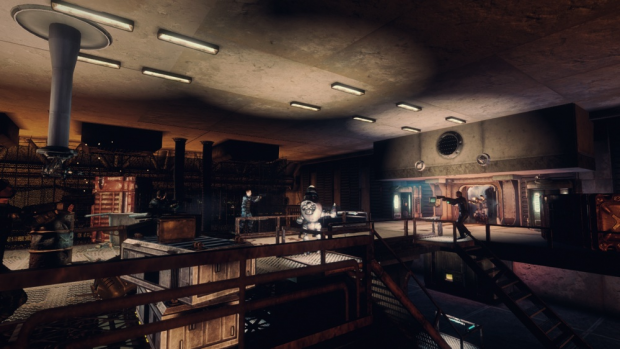 There is still more left to do!

BETA 200 - 203 got us to a point where the mod is now far more stable and performance is now tolerable. It could still be a lot better! It's an old engine, and it could use some upgrades to perform like a modern system, but we'll get there. Working within the limits of users across the spectrum will be the point of BETA 210.

BETA 210 will be a re-release build in November, likely the 16th. (Don't hold us to it.) It will introduce only a handful more side quests and re-balance the entire mod from perks and traits to combat and alternate paths that got cut. But it will primarily be focused on what's there and getting it squared away.

The feedback we got the last week has told us three things:

That will be what I do from now til 220 in December.

Writing companions into Part 2 was supposed to be a team effort, but I, Brandan Lee, ended up doing that alone. So I decided to focus on writing the Main Ques in all its branches. Which came out to 300,000+ words and ~17,000 lines of dialogue. Companions and Side Quests took a backseat.

Other quest modders never showed any interest in co-writing the project, and those that did ultimately abandoned us with unwritten and unfinished material. So I had to wash it out and start from scratch, and that meant capping off companions after Pinehaven and the Escape with just a few lines of dialogue. Compared to Part 1, where the quest density was so high, that leaves the Wasteland feeling like a broken promise. You get used to that level of dense writing from every character in a confined space, you expect it outside as well -- even if it is a wasteland in the middle of nowhere on the fringes of the NCR.

So I'm planning to write some extra content for the Companions first. Get Kira, Ben, Jenn, Jamie and Eric, and Johnny up to speed. Maybe add a quest to upgrade ALPHA and understand his origins? Add in some immersive conversations between the companions on the road and in quest locations, uncut their personal quests, and bring their arc to a better conclusion in the end.

That alone will add several hundreds of lines of dialogue. Let alone script conditions! And voices!

Not easy man. That's one last burst of effort going back up the summit before coming down again!

I'd like to ask your help there. This needs to be, after 7 years, a team effort.

I promised you all we wouldn't quit on this til it was finished, and we finished it. It has been my Master Thesis, my K-2, and Moon Shot -- me and Rick alone in the longboat through a dark and lonely sea. Just me and him, left alone by the rest of the community.

I did what I said I would do. And by all measures, it is excellent, just like I promised. Now we have to patch it up, polish, reinforce the weak spots, and take it home.

We have 1 month. 60 days. We take an empty wasteland and make it brim with life. Then we tie a bow on it, enable the bridge to New Vegas, and we're done. 1.0 by the end of the year.

So get ready guys. One last time, then it's done forever. 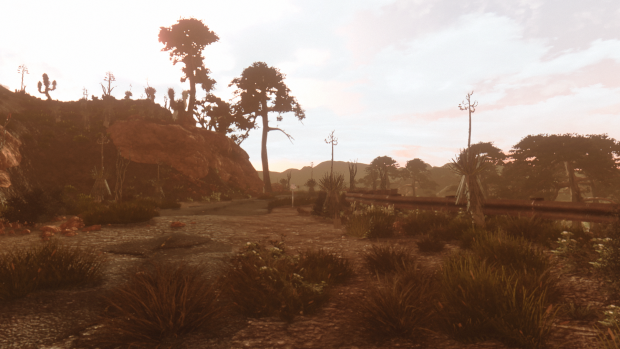 All screenshots in this post have been sent in by users on our discord!

You can read more about our progress on the Design Documents Found Here. In the mean time, you can keep track of us on ModDB, Fallout Nexus, Facebook, and our Discord. We've got a thriving online community centered around each one.

Awesome work guys! The patch seems to be working well, my frame rate is more stable and I've had no fast travel crashes since the upgrade.

Still more work to do to improve it by my sacrifices worked.

Wow this is fast !!! Happy to the community help you now you deserve it so much, the mod was already excellent probably the better Fallout i played since Fallout 2 !!! I have myself reported few bugs trying to help but there was so much people on your discord it was crazy !!!

Tell me about it! XD It was a flood. Lots of things we can fix all over the place. We're still working on it. But 203 at least gets us to a better place.

Ok, I keep looking around and I don't really see a forum pertaining to bugs and what to do to get the full experience. Like I only managed to get ben and the two robots before leaving the vault, ran into Kira at random, but she didn't have a single line of dialogue even when I pressed E on her.

I think the best tool for bugs would be a public Trello board.

You guys did amazing work with the circumstances you had! And the continued support and updates are above and beyond appreciated thank you so much!

I downloaded this update, but the game still crashes at Fort Daggerpoint during the second quest there.

after the patch Kira was not at her usual spot after escaping the vault, do i meet her later? if its an actual issue i have i only installed the recommended mods and nothing more

Still playing wuth patch 2.0.2 and i'm curious about something, is it normal that i can't any kind of experience when i complete a mission or succeed with a Speech check, During the Prologue? If is not normal,is this bug solved?

Upgrade to 203 ASAP to avoid crashes.

Great mod so far. If you're gonna be polishing it up over the next 2 months or so, I would say add a bit to the containers and misc locations department.
It can be a bit tough to find something of use when the only places that have any items are enemies and a handful of vendors. Since you're low on time I would just add interiors to some previously inaccessible places like the power station with the shi, or plop a bunch of containers in things like trucks and the many buildings across the mod. Bits and bobs, you know?

The Pass is supposed to be pretty picked over, but yes, that's a huge WIP from the new guys.

Are there presets for the Jill and Jack characters featured above?

Is the mod Xbox 360 compatible and I would like a walk through. And is it possible to complete every optional quests??