Falklands is a realistic new FPS mod based on the Falklands conflict of the 80’s.
Currently the ONLY source game based on this conflict.
It will bring to life the struggles from both sides, and the intensity of modern warfare.

Enough of the World War conflicts, this is the war to experience.

Thanks for voting and helping Falklands on it's quest to become the 2022 Mod of the Year. You are now in with a chance to score some free games from our #modlove collection. Help this mod secure more votes by embedding the widget (or link) we have included below on your favorite sites.


As you may have remembered I mentioned that I would call on the community as a whole rather than ask people to dedicate their time to a team.

The game is now at a point where I have had a few alpha testers playing the game and all is coming along nicely.

The next news post I will stick up a small video of the testing, showing you some of the stuff I have put into the game.

What I need now is a few things to start to polishing up the mod, So if you have that model that never made it into that mod that got dropped, cancelled never finished etc etc
Or just fancy contributing to the mod
Here is a model list I require. (For now!!)

I'm also still short of a couple of player models .....If you are willing to provide any of the above models you must be the original owner/creator and state that you are willing to donate the model to the mod.
Without this I will not be able to use your models.

All contributors will be credited within the mod and on the website, and be among the first to be in the testing team.

People have asked what game types I will be doing on the mod.
Well I have a King of the hill coded and working at the moment and will be implementing a few more types before the first release.

A couple of shots of the British player model 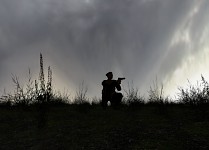 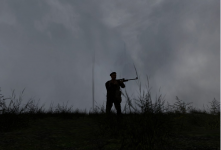 I will do my best to keep news updated but I'm keen to get lots done before showing, but on that note don't forget I'm doing this on my own ..........

Till the next time

Welcome to the first news post of Falklands mod. And a new way of doing things !!

Wonder if we will see Terrance Mason from "Underhell" in this mod. lol

Did you read the description of the video ?

The British Used The "L1A1 SLR," A License-Built Variation Of The FN FAL, Firing In Semi-Automatic Only, Unlike The Standard FN FAL. They Both Fired 7.62x51mm NATO.

if ye like i could help you out... im from argentina so i could give ye some info on our soldiers and equipment...

I've always wanted to see a Falklands mod, but what approach are you taking to the gameplay?

The falklands, as a setting, is mostly long stretches of barren tundra with the odd mountain (UDK may be a better choice than source for this.) No fighting actually took place in built up areas like port stanley so you'd be limited to basing your maps on more long ranged engagements like Goose green, mt tumbledown, wireless ridge etc. (Not trying to be a ****, just curious)

Also, you should take a look at the aesthetic of the dear esther remake, it really does the whole windswept-Barren island look very well.

This looks amazing, keep at it! < Tracking >