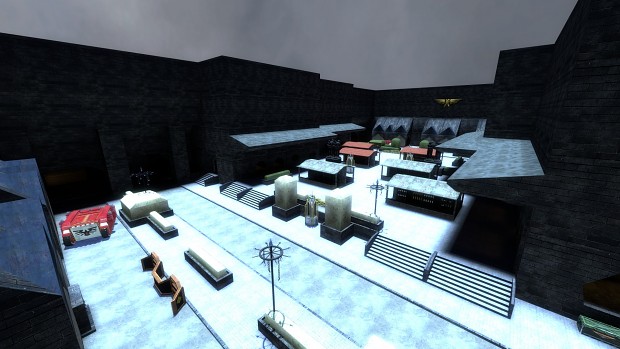 This shot shows the central marketplace of ex_exchange an urban, chaos VS imperials map, with six objectives that is new in version 9.22.

Early orange box drafts of this map were tested prior to the last major release and found to be very promising. Th map has since been brought up to a level worthy of inclusion in the default map cycle, even if it's not as polished as some of the more mature maps.

It's a fun map to play with combat on lots of levels, lots of cover, many branching paths and flanking routes.