Enhanced Combat Leader: Beyond Overlord Is a total conversion both single (you can play the single players campaign and a special tutorial) and multi-player game modification for Company of Heroes: Opposing Fronts that emphasizes tactical combat, realism, and historical accuracy by allowing players to command and deploy company size forces throughout the Normandy Overlord Campaign, players get to create and command authentic WW II Battalion Level formations. Through the advantages of the Relic essence engine players can enjoy a new game experience with many dynamic features that emphasize tactical command and control and exploits the dynamic elements of the living soldiers system by providing player squads many new ability enhancements which allow players to execute advanced tactical combat strategies, players can also execute squad level tactical orders and unit abilities in a smoother more intuitive way. 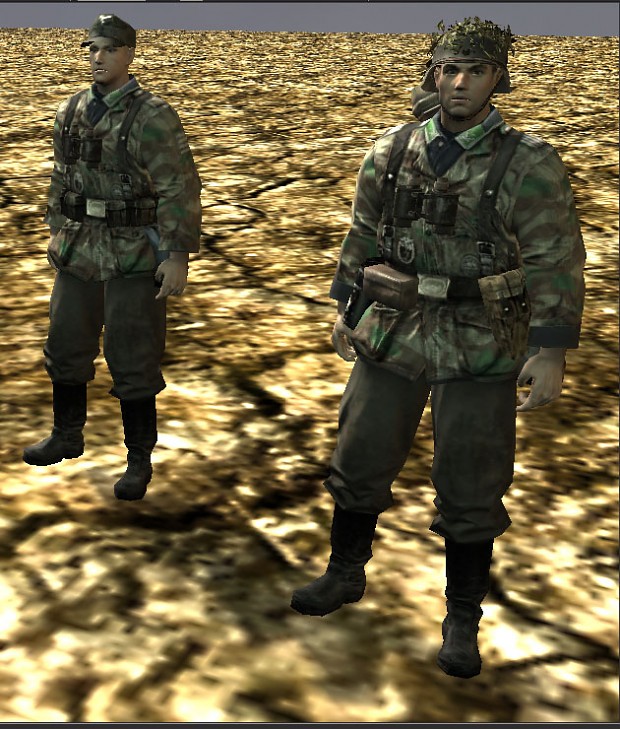 Leutnant and Hauptmann for the 91st Luftland Division