This mod based on Frank Herbert's epic Dune saga, features a struggle to control one planet - Dune, Arrakis, a barren desert wasteland which is valuable for one thing only - the spice melange. The spice has the universe addicted to it; it extends life, it allows for the Navigators of the the Spacing Guild to fold space, travel from one point in space to another without moving, it is the basis for the economy and trade of the known universe. The spice is created by Sand Worms, giant creatures that live their whole life in the sand. The mysterious Fremen worship the worms as Shai-Hulud, the Great Makers. Dune Wars is a total conversion of Civilization 4 : Beyond the Sword. Features include: + 9 playable factions + Spice and Harvesters + Massive sandworms roam the desert + Pay the guild to transport troops from your homeworld + Water, Offworld Trade, Unique Civ Abilities, Terraforming and more... Are you ready to become the sole ruler of Dune, and in turn, control the universe?

This is a windows installer for Dune Wars: Revival version 1.10.

See here for an overview of features! 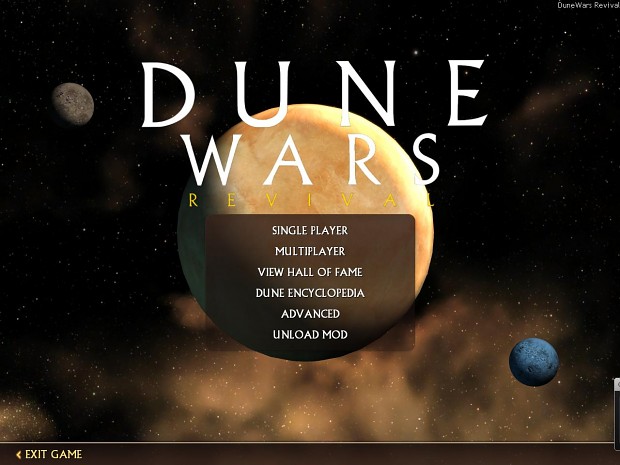 Thanks for this! I've only tried the 1.9X version a while, looking forward to checking this out again!

Now, that the movie is coming out, you have plans on working on this again?