Duke Nukem: Weapon of Mass Destruction is a gameplay mod for Duke Nukem 3D. It has tons of new weapon modes, enemies, and player abilities, such as UT style dodge moves, spinning hook kicks, and a Duke bot companion who fights by your side. In some levels you can even get in your skycar and fly it, doing bombing runs on enemies. In DNWMD, Duke collects glowing coins from slain enemies which are used to purchase various upgrades via a mouse controlled menu. In addition, each of Duke's weapons has its own experience level which increases with use.

DNWMD is an action packed shooter with RPG elements. I worked hard on this for almost a year, and while I've made other mods in that time, this one is still the most fun by far. If you haven't played Duke Nukem 3D in a while, don't miss this. It runs using the included EDuke32 source port, which has improved graphics and other features, and runs smoothly in XP.

The only file you need from your Duke 3D installation is "duke3d.grp" -- everything else is included with the DNWMD download. Once you have followed the simple installation instructions (just drop the contents of DNWMD.rar into your Duke 3D folder and click on the .bat file), there is an in-game help system with pop-up windows, in addition to a help screen accessible from the upgrade menu. While the gameplay is very deep and complex, it's easy to get started and very addicting.

DNWMD can be played with all the episodes of the original game, and I have included two additional episodes of some of the best user maps ever made.

DNWMD is also compatible with the Hi Res Pack for Duke 3D (a collection of hi-res textures and models which replace the original 8-bit art). To use the HRP, just create a folder named "autoload" and put duke3d_hrp.zip into that folder.

There's a lot new stuff in this release of Duke Nukem: Weapon of Mass Destruction. Bugs have been fixed, features have been added and improved. 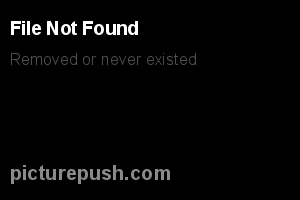 Duke Nukem: Weapon of Mass Destruction has been authorized and a download is now available. Enjoy!

Might try this out sometime. Eyes hurt looking at the rings in the skycar level. Might wanna put a warning somewhere on this mod.

So when i load up the mod it gives me the error that it couldn't load the CON files correctly, is there a solution for this? Thanks

So i got it to start up, but now there are rectangular grey boxes in place of the menu screen and in game, like there are certain textures not loading or something.

hello i dont know much about modding. Is it possable to add any kind of
weapons that you want to the original maps? Like i realy want to use chainsaw,
desert eagle , the super shotgun from doom 2 a sniper rife with a working scope zoom in and out can someone plz make this mod for me if possible .

How come when you fire certain weapons/ammo, you get black squares on the walls/floors. Also when you gib an enemy, instead of seeing the gibs, you se black squares. very annoying!

Can you make this compatible with Duke Nukem 3D Megaton Edition?

There are no new weapons AFAIK. What the mod is plenty of is of weapon upgrades. Everytime you shot you gain points to upgrade your equipment.