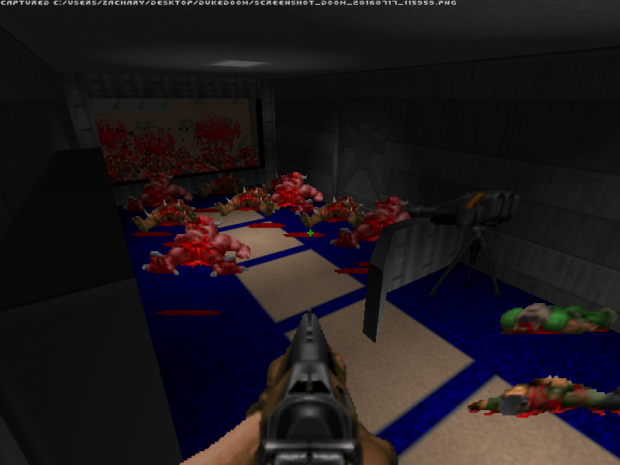 The Northern polar base had a short period of warning before the demons came flooding in from the Southern polar base. This is becuase they demons had to take the long monorail tunnels, because where there is not an open portal, the demons cant come. The Northern base managed to kill a lot of demons, but once they built a portal, it was all over for the marines and civilians.They managed to get a distress call out, and they held out till the last hoping for a rescue that would never come from earth. The demons quickly took the orbital, and launched almost every FTL ship available from the decommissioned ship graveyard. A few supply ships are left, maybe you can use one to return to earth.