Doom Reborn is a total conversion of the original Doom Series. Our goal is to recreate the original Doom & Doom 2 in the idTech4 engine with new textures and new models of the original weapons and monsters with the maps redone and retextured. We also want to bring back the orignal doom music along with the sounds remade in a higher quality. Doom Reborn is and always will be a non profit project. I hope that you will enjoy the project as much as we will enjoy making it for you.

I haven't updated the message here in a wile, And since i'm on now I thought i'd take the time to quickly let everyone know, That work is still moving smoothly
The past couple of days i've been adding textures needed for E2M2
Recently I corrected weapons select numbers
Last night I adjusted the health of the cacodemon and pinky,
And i've been playing about with player speed

Message from Brent about the release of 1.2 :)

Although we announced the release of version 1.1 just a few days ago, we are releasing Pre-Beta v1.2. I felt there was a few minor things I needed to address rather than put them on hold till we have created new content for our next milestone release.

There are many new features that have been introduced since Pre-Beta v1.0, for more information checkout our development section in the forums.

Without further ado, here is the download for Pre-Beta v1.2.


The new release is finally here

But i've put a how to fix guide for the precompressed texture graphical issue that people have had in videos of current versions in the past, It hasn't been enforced off but I believe it maybe should be, I've never found the idtech4 feature helpful not even in the past (2004)
It's a Picture guide of how to fix in game and long term fix even if you delete your DoomConfig.cfg for any reason
Doomreborngame.com

You can also few the full changelog for the release from the progress section on the forum here
Doomreborngame.com


ModInformer added the original Doom sounds into Doom Reborn for himself :)

SPOILER ALERT SIMOK FINDS A FEW OF THE EASTER EGGS

SimoK has done another awesome video and i'm glad I came across it
so early :)


But
I need to point out that SimoK has done his own tweaks in the video (As he states himself, small update)
Hes added coloured highlights to the fonts, Tweaked key cards,
Not played using the "DoomReborn.exe" and what appears to be
a few other little things to player feel to suit his style,
I encourage tweaking settings to suit yourself, And im glad Brent hard-codded the
console to always be allowed which is handy for this :)
But just so everyone knows, some of what you see our not new changes
in this version and some are left out

Just found another video from

Unfortunately I don't speak his language but it is funny :D
It's a shame he didn't do a full playthrough
I would've loved to have seen that :D 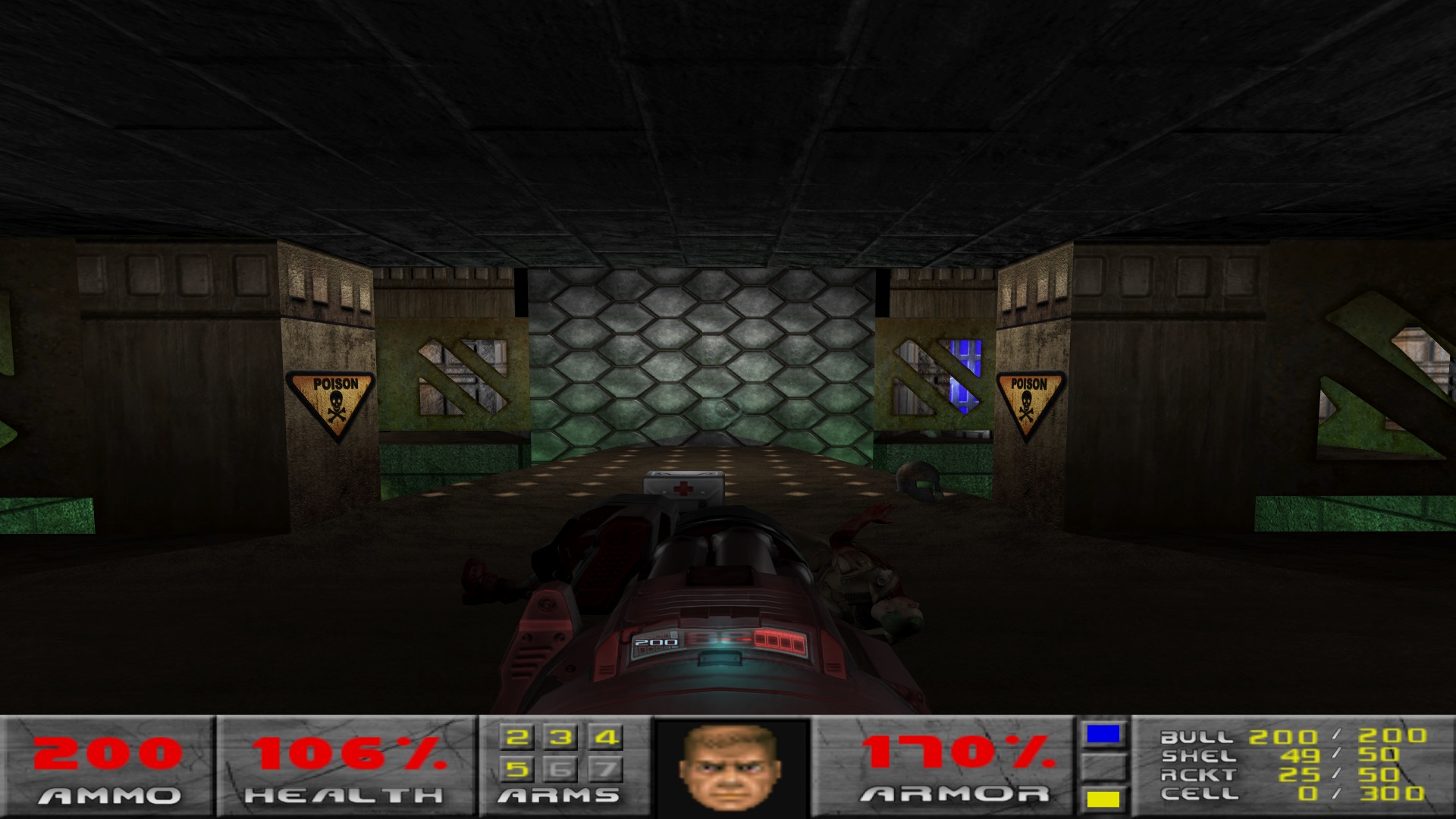 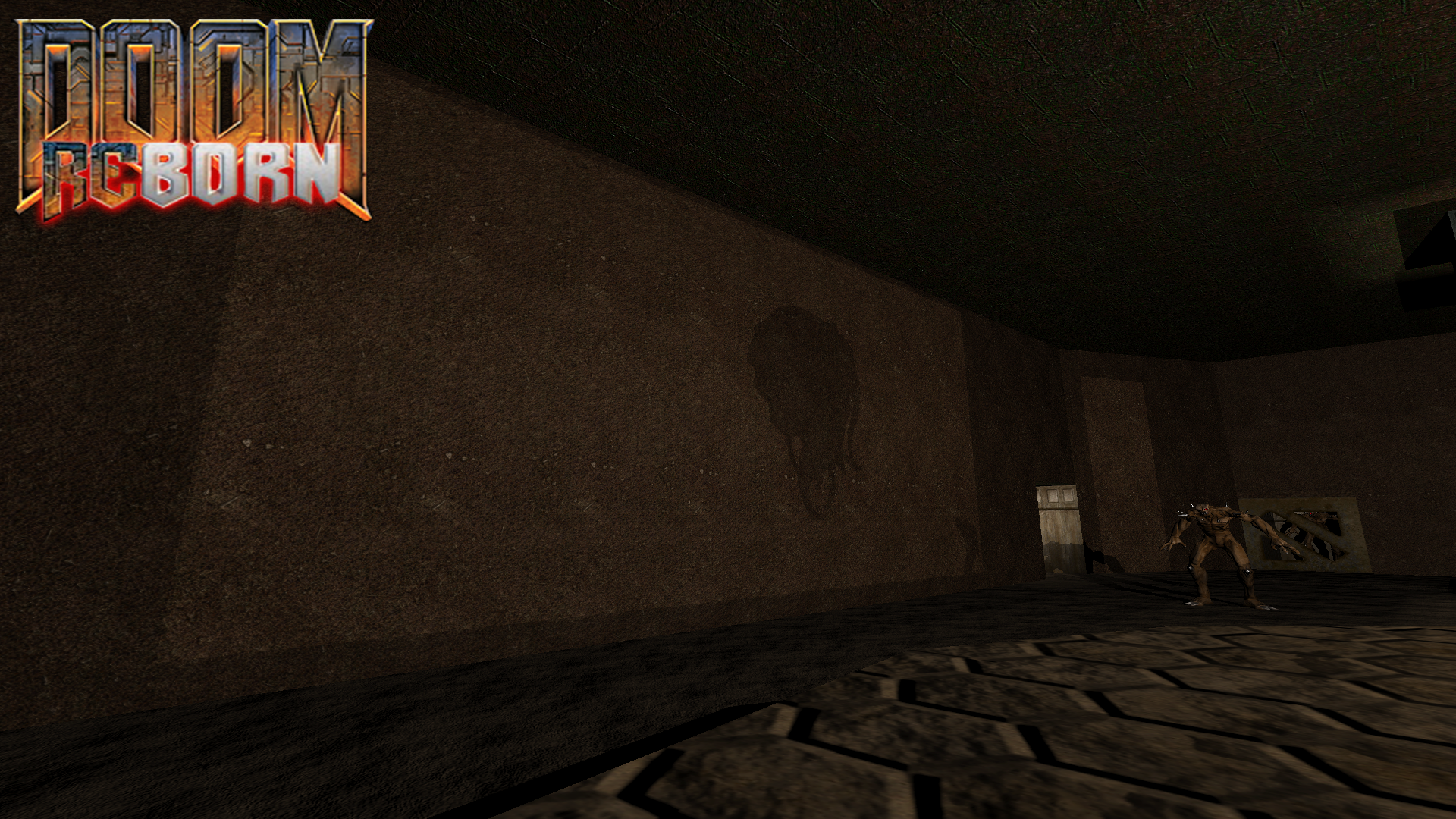 checking this now
but thanks to EarthQuake.fuzzylogicinc.com for sharing the story today,
Right now I only know Blade Yautja, Doom Reborn, and Renegade X are in it

Going to be a good watch while I work away today :D

Copy of Read Me

After the install has finished you'll have the option to place a shortcut to the "DoomReborn.exe" on your desktop

- Launching the Mod
Brent has made many code fixes and changes that will only work with the new DoomReborn.exe
and gamex86.dll
Like last time this is the new method to launching the mod and for now on
You should always been using the DoomReborn.exe found in the Doom 3 folder
Example "C:\Program Files\Doom 3\"

- What's New:
All textures have been updated and a new water shader has been added based off the nukeage shader
2 new levels E1M9 And Map31
Missing secret in Map01
All levels have had Polishes made to them and various fixes
New easter eggs in E1M7-8-9 Map01 and Map03 Weapons have been slightly more centred
Blood, Bodies, and bullets marks now stay
Most weapons have been updated in various ways
Shotguners no longer shoot you across the room if standing right in front of them
Imps and pinkies no longer drastically knock the player back when swipe\biting No Fall Damage
And probably a couple more things :)

If you have found a bug in the mod please let Us know so we can fix it, Contact us at
www.DoomRebornGame.com

ill give it a try on stream

did you mean steam or stream,
If stream i'll watch it, Link please lol :)

But the gamex86.dll is completely re-written by brent so there shouldn't be issues there, :)

I can't test on mac or Linux but I've heard the other versions work, But I haven't a clue if they had to do any work arounds to get it to go. so I don't want to list Mac or Linux in the compatible list

Going to wait for the stream now :D

That was a awesome stream, Thanks again :D
I'll try and get some of your suggestions done for the next release,
But I will be adding textures etc just to do the upcoming levels
and the upcoming levels are bigger and bolder than the previous, So they'll take longer to get done.

IS it have only 4:3 video modes only?The graphics is very good but I think the basic doom 3 weapons models would look better for this mod.

Console is always allowed now in this release. You don't have to use "allowconsole 1" anymore :)

does this not work with BFG edition? that is all I have and it says to install to the Doom 3 directory so I told it to go to Steamapps/common/doom3BFG and it says that the base files aren't found or something (can't remember what wording exactly)

There is a mod launcher for BFG edition now but me and brent have not looked at it much because it would require porting alot of work just to get it to work with it,

But we are moving to standalone so in future you won't require Doom 3 at all, If you can simply get a copy of someones Doom 3 base folder that is all you need (Ensure they have at least Doom 3 1.2 patched first before you take the base folder)

BFG edition has everything locked in the .resources instead of Zipped ".pk4"

If you look at the image here from the Precompressedtextures fix you'll see the layout of how the folder should look using only the Doom3 base folder
Doomreborngame.com

Man that sucks, I only have BFG and the only original copy of the game I have access to is a friends that is a disc, which makes it not updated. So unless I buy Doom 3 again I can't play. Depressing.

Update it via downloadable patch: Moddb.com

And Sorry MrPerson for being confusing,
If you bought Standard Doom 3 off steam it should be automatically patched to 1.3.1

If you had the boxed version it would be 1.0 until you patched it yourself

I should've been clearer about that sorry :(

not your fault, I own BFG on steam, and the only other person that has the original is a friend who may have sold it already. Thanks for the responses though

This mod brings back some nice nostalgic fuzzy wuzzy memories :)