Slayer's Rampage is back, better, revamped.

It have it's own HUD, new weapons, same mechanics as before, now enhanced.

Disclaimer: This is NOT Brutal Doom, or a submod neither. it's made from scratch. nothing against, but it isn't the same thing, trust me. 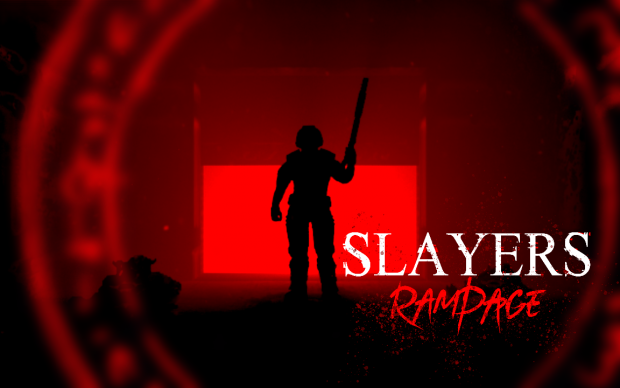 1. for my taste grenade blast is a little too wide, in previous version was too little, here it's really a BLAST in tight corridors when you miscalculate the throw due to lack of good crosshais for throwing because the line you throw is a little too low then weapons crosshair

2. can You implement an option for disabling different monster skins ? like those translucent lost souls ?

3. there should be option for not switching to a weapon if you dont have ammo for it

4. option to disabling battle music when you are low on health

5. hud, i dont use it because all of this red 'helmet' around the screen, can You make some alternative ? for let's say without these red borders ?

7. imho the fireballs from imps were 'better' in previous version, these orange balls now dont look like fire at all, and they look often like light beacon from a distant.

8. option to disabling these quick slides of movement when you hold run and press movement button 2x. too many deaths in lava in quick fights.

10. sound for fists, when you select them they smack together like 'come on' with no sound.

12. include some other way for hit marker from sniper rifle, when you shoot with it looks like ricochet from metal surface instead of meat with meat hit sound

gotta get back to further testing

first tests was on lunar apocalypse (d1) now i'm playing alien vendetta (d2) and i see that ssg model is changed to some metallic sawed off shotgun model which look i dunno... not-so-good as previous one imho, but now i'm at very odd bug, it seems that dead bodies from marines so far they block ability to move through them like normal obstacle, it does;nt happen on flat floor, i came upon this twice, one was when i was walking on boxes and these bodies was lying on them and i was not sure what was going on, seonds encounter is right now when body is lying in window, no surface higher than i am standing right now and i cannot even go near to the window, i also cannot blow the body away with ssg. i'm going back to the game for now. oh yeah - it seems that mancubus fires the same fireballs imps which look very-not-so-bad-*** at all imho.

Any interest in having the HUD visible on the screenblock the Status Bar would be on?

I played this mod with SynthDoom Mk3 (a addon that gives doomguy a jukebox that plays synthwave music) and it suits well with this. Awesome mod!

The HUD doesn't seem to work for me

My thoughts about the game is that it plays fantastic, but I have minor problems which is the sound when you are walking/running is there a way to disable it?

Yes, the same here, is too loud but anyway I hate it IMO is preferible only for sprinting or totally silenced. If is possible make an option to change it, please.