Redux is a large-scale modification that attempts to modernize Doom 3 with a massive overhaul of the graphical, sound and UI aspects of the game along with bug fixes, restored content and new features. 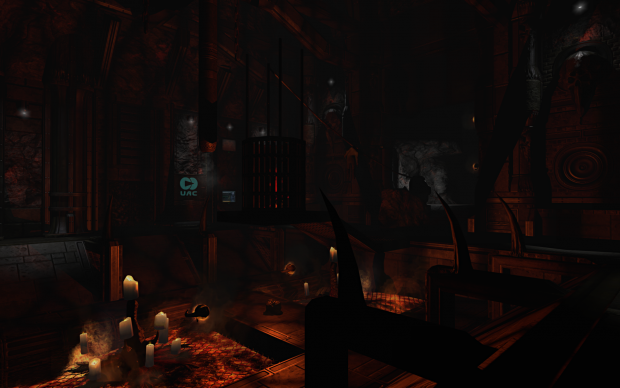 Oooh, this is juicy news!

Judging from all these new media screens, I take it the list of custom maps is going to be quite long?

I was just about to ask about custom map support as well, as I have an external HDD containing quite a lot of custom Doom 3 maps of varying quality and playing those on Redux would be pretty cool :)

So, do you have any ETA for this next update? And maybe a list of the supported maps?

It's already been a month since the last update so it really is hight time I give some informations on what's going next. First the bad news : Contrary to what I had originally planned, version 1.0 is not coming this month. Now, the good news and the reason for that delay is that the next version is going to be a much bigger update than I expected it to be. Originally, it was only intended as a small update in order to correct bugs from the version 0.95b that I would have missed, but the launch eventually was surprisingly smooth, so I immediately started working on a large-scale update. To give you an idea, the 1.0 version currently adds 200+ textures over version 0.95b and there's also a bunch of new features coming.

One of these new features is the extensive support for some of the best custom maps. These are maps which have been tested extensively and either have worked perfectly with Redux or have been "fixed" to do so relatively easily, while having the highest level of quality in terms of gameplay and presentation. They will naturally benefit from the enhancements from the main mod but they will also be easier to load and have their own improved textures and guis. (At least for the maps which have their own set of textures like "genetic")