Devious Methods is a Counter-Strike:Source defusal map set in an industrial storage facility. A team of terrorists has infiltrated the base, intent on disrupting their foreign enemies at any cost. A team of counter-terrorists has been dispatched to protect the facility and to eliminate the terrorist threat. The map is built for teams of 5 or more. It easily supports 16+ players and encourages organized teamplay above other maps. The map is built in such a way that no matter where you are, you’re never safe from attack. Most locations in the map that give players an advantage over one location are vulnerable from another. This forces players to be vigilant, and to stick together to cover each other. Gameplay is a mix of short- and long-range combat, though rifles seem to serve players better overall. There are plenty of sniper spots and flanking opportunities.

Tips from the Experts for getting into the industry

(tl;dr: scroll to the bottom) 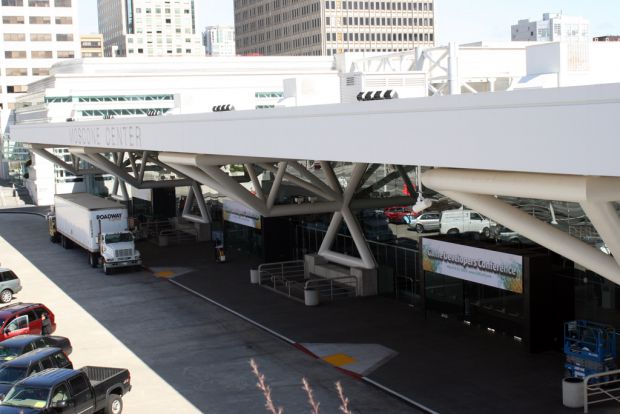 So, I attended the first few days of the Game Developers Conference in San Francisco. I just got back last night, and I wanted to share my experiences while they were fresh. Note that I'm not in the industry, and went only as a student.


I got a tutorials and summits pass, which gets me into a fraction of the content GDC has to offer. But the All-Access passes are way more than I can (convince anyone else to) spend.


I sat in on a seminar called "Level Design in a Day." It was a panel of lead level designers from various game companies, all talking about various aspects of level design, from pre-production, to cover systems, to using gestalt in games. Facinating stuff.


Even more facinating is how this group of level designers got together at a bar afterwards and hung out to talk to folks. I had good conversations with Joel Burgess, Level Design Lead for Fallout 3 from Bethesda, and Ed Byrne, Lead Level Designer at Zipper Interactive (http://www.zipperint.com/), makers of MAG.

Joel Burgess talked about gestalt in games. Gestalt isn't an easy thing to describe, but basicallly it has to do with how humans interpret things. He showed a section in Fallout 3 to illustrate what he meant. The player, while in the wastes, picks up a distress call saying to the effect of: "Please help. My son is very sick. We are in a nearby bunker." When the player gets to the bunker, they find two adult skeletons and a radio looping the message the player heard. The son's skeleton is nowhere in the bunker. (You can see the video here: Blog.joelburgess.com)


How the player interprets that scene is gestalt. It's the act of the observer filling in the story for this scene. Where is the son? How long have these people been dead?


I asked him how he got into the industry. I don't remember if he'd been modding before (I assume so), but he did say that he sent out over 200 resumes before he got a job. And the first job he got was something like this:


Producer: "Hi Joel, I'm your boss. Here's your computer, which is sitting on a folding table. Here is the level design tool you will be using. We've got 30 dungeons we need you to build for us. You have two weeks. Oh, and we're +2 today."


...And that was his first day in the industry. It's absolutely chilling.


During his talk he mentioned how Bethesda is a "crunch-free" studio. The fact that "crunch-free" is something to be lauded in this industry is simply sad. Makes me realize how new it still really is. But he also mentioned that he got to his position as lead level designer for Fallout 3 in about 6 years. That's pretty amazing. Almost as good as this.

Ed's talk was about level design pre-production. He went into a lot of detail about process and how to help the level design process go smoothly from beginning to end. I won't go into a ton of detail because a lot of it was meant for those already in the industry trying to tweak their company's workflow. But there were some good tips for modders as well. Here's the most relevant part from my notes:

Encounter Models (ways to physically represent encounters in your level)

technical (a 2d drawing of a level)

This was crazy. So, I'm officially done with GDC, and I'm on the plane. And this guy is next to me going on about his iPhone and my wo-worker's Nexus One (He and I each got one free at the conference because I signed up for a mobile dev track--it's killer). And we talk about GDC and ask if he had attended, and he laughs or sighs a little and says "No, I'm in the games industry but I was there for a different reason."


When I ask what that reason is, he says "Well, I started a few companies and I was down here for that."


WTF. (Also, I assume this is the reason he was in town)


So, Scott Miller, my co-worker, and I ended up talking about mobile phones (especially Google maps on iPhone and Android), Duke 3d ports to XBox Live and iPhone, people who have survived horrifying brain damage, planes exploding in outer space, and, most importantly for everyone here, his advice for getting into the industry.


Scott is an executive, and so his advice, in my opinion, was much less about living in the trenches and trying to do good work to get noticed. It's listed in the section below.
Scott also mentioned some interesting things about 3D Realms and his other company, Radar. If anyone is interested, I can talk about that in another post.
He also spent about half the flight playing Plants vs. Zombies on his iPhone.


Tips from the Experts


The presentation slides are now available from Joel Burgess' blog (towards the bottom): Blog.joelburgess.com

If this is helpful to you, please use the super bookmark at the top of the article to share it, or click here and digg it up. Thanks!


I would also like to thank the following people for taking the time to talk to me:

Devious Methods is a Counter-Strike:Source defusal map set in an industrial storage facility. A team of terrorists has infiltrated the base, intent on...

Put this as a addon, not a mod.