CSPromod BETA 1.09 was finally released on December 12th, 2012 and we released a very important patch a week later (version 1.10) containing highly anticipated new player models along with their new animations.

CSPromod 1.09 contained many bug fixes, tweaks and new features such as integrated deathmatch (both team and free for all) and predicted attacks and deaths (never seen before in any Source game or mod). 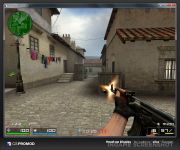 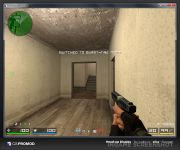 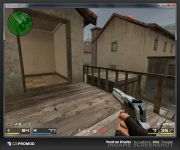 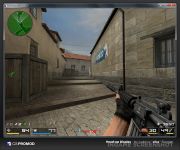 Here is the changelog for both versions:

Not much longer after the release of 1.07, we are releasing this version which brings lots of fixes and a few important tweaks to the previous version.

CSPromod BETA 1.07 has finally been released! Despite several internal issues which forced us to delay the release, we're still going strong and we will...

Hello everyone, After a slight delay we have released the first patch (v1.06) for the version beta 1.05. Now that we are on the Orange Box Engine, we...

CSPromod is pleased to announce version 1.05 beta to the masses. Enjoy.

CSPromod Beta 1.10 full installer. This download is the exe, which is self extracting to the Sourcemods folder.

CSPromod Beta 1.08 full installer. This download is the exe, which is self extracting to the Sourcemods folder.

This is v1.05 Beta release. Zip version which includes linux server files as well as the full release of version 1.05.

This is v1.05 Beta release. This download is the exe, which is self extracting to the Sourcemods folder.

btw I'll be hosting a test server around 10 AM CEST as of 10th of May, almost everyday. And it'll be hosted for half an hour or the entier day (it depends on my mood)

now to the tutorial then.

4) Now what we need is the data from Counter-Strike: Source
[url]ftp://ftp.sandy.ru/pub/games/gamesfiles/Steam/gcf/2006.12.18/counter-strike source shared.gcf[/url]
Just copy it and put it in ur browser. (without the url thing :P)

5) After downloading counter strike source shared.gcf u should open it with GCFScape and extract cstrike and reslist to desktop (for orientation)

6) Now u just simply copy cstrike and restlist and past it in the Source SDK Base 2007 FOLDER RIGHT NEXT TO THE "hl2.exe" AND "hl2" FOLDER

For any type of questions u've got. U can add me on steam or simply post it here.
Steamcommunity.com

In case nothin's workin for u, and ur ****** off. I've come to save u from destroyin ur pc, or beating up ur little brother (Idk, I would if I had one... don't judge ok). Anyway.
I made post on the officialcsp steam group.
Steamcommunity.com
in case u can't open it.
Just install the SDK bases 2006, and 2007 and download dis: 213.91.124.242:30003
When u download it, install it in Steam/steamapps/sourcemods
And ur done, no more purple-black-epileptic things. Have fun.

well it's possible to backport and setup with old css engine all maps and fixes that are outside dll can be ported.

This entire project is owned by Evilgeniuses.gg and you would need to contact them.

I have a small issue regarding the game. I installed Source SDK 2007 and I already had CSS installed and I ran it before. However, my anti-virus discovered something. The file "cspromod_aio_fix" was considered a virus. It was then deleated by my anti-virus. Thinking this was just a small mistake, I thought nothing bad would happen. I launched CSP and loaded up csp_dust2. Though it didn't look alot like it normally did, with all the missing textures and errors. Yep, something didn't install correctly.
Apparently everything was missing either a model or a texture. I could really use some help here.

i managed to fix it