"Man in Black" is a single-player modification for Deus Ex. The story picks up one month after the events of the original game; Majestic 12 is reeling from the loss of its leadership, and the Illuminati are poised to regain their position of control over world affairs. Players will choose between two lead characters, Agent Q (MJ12's first nanoaugmented MIB) or Agent Shadow (a Series P MIB with a dark past). "Man in Black" will feature two dynamically changing storylines and will offer a completely unique experience for each character. Other features include: *New mission locations including Moscow, Washington DC, Tokyo, Munich, and other familiar locales from the DX universe. *New and remixed music tracks for each mission. *Full voice acting. *Multiple game endings for both characters. 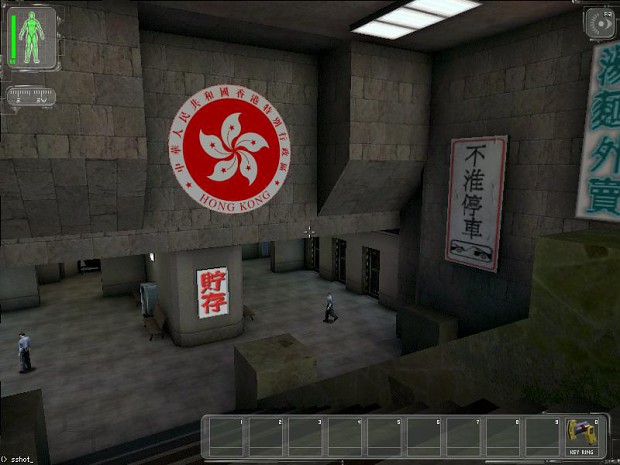 That looks really nice :D
The textures on the slanted bits at the top are a little odd but that is an easy fix.

Ha! You're right. As you said though, easy fix.