This is the update's summary. The only reason there is text here is because this is a required field with a minimum limit of 100 characters.

You are now reading the update's greeting title

Now, you're reading the greeting body. Inside it is an apology for posting this update a bit late. You are reading this sentence hoping to find en explanation for why I'm writing this greeting in this manner, but you don't find anything. This sentence is here to give the body more volume. Now you're just reading to find more jokes in this greeting. Nope, this is not a joke. This isn't a joke either. This is a random group of words. Finally you give up and look down to the renders. 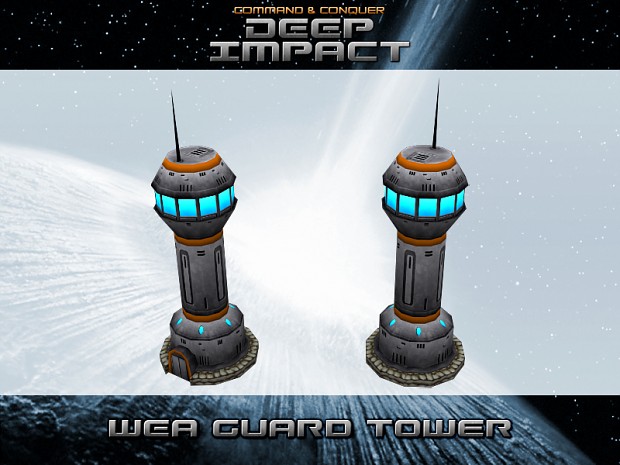 Once the WEA Mechanized Assault Division was formed, they needed fast buildable defenses that suited their more aggressive style and allowed them to deploy troops faster. One such defense is the Guard Tower. Its simple shape and design make it easy to be deployed and it's additional module options offer an even greater versatility.

*This defense is unique to the Mechanized Assault Division* 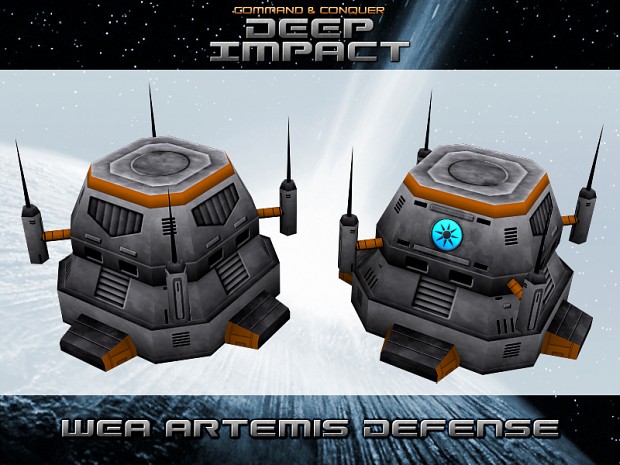 Keeping the borders safe was not an easy job for WEA army forces. They needed a powerful sensor system that could keep a watchful eye over large areas. The Artemis project was the result of this needs. A large sensor system that can detect any target no matter what stealth or camouflage system it used at very large distances. However the Artemis usefulness doesn’t stop here. To further improve it, WEA engineers along with Cynopolies specialists managed to modify it so it could equip different modules to suit the area they were built in. The Artemis can equip either a anti-missile defense system, a nano-field generator or a stealth field/EMP mine generator. Each one of this 3 offer additional defensive options to suit the situation. 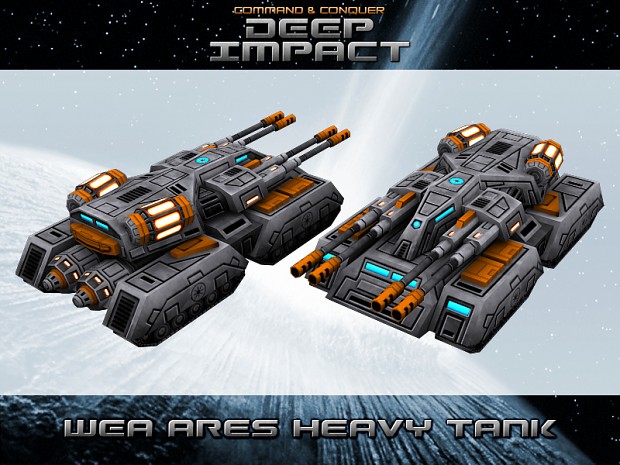 As the vanguard of the WEA continental army, Mechanized Assault corps needed a heavy assault tank to support their different transports and support vehicles. The project was dubbed – Ares – after the Greek god of War. The requirements were simple – a heavily armored and armed tank capable of mounting additional support gear depending on the needs of the moment. German and British engineers along with consultants from both Z-Tech and Cynopolis Corporations worked for over 2 years on this project, until the first experimental was ready. Preliminary tests were acceptable and after a few fixes, the Ares entered the battlefield in a blaze of glory.

Equipped with a quad photon cannon weapon system capable of raining plasma warheads at a relatively high speed and capable of equipping either a small nano-field generator to repair nearby vehicles or a photon based anti-missile defense system, the Ares proved to be the ultimate weapon for the MA Corps giving them a powerful support for their infantry and armored transports.

*This unit is unique to the Mechanized Assault Division*

Great update!!
And the Design for the Ares is Amazing!

This must be another Generals official expansion 0.o
Awesome! keep it up

In the future, just use your Delorean to go get it

WEA Defenses look like for the Super Weapon General

This is a generic comment that praises you on a work well done. Also included are wishes to keep up the good work, along with the usual questions of when is this coming out, etc, etc.

This is a generic answer of thanking the support of our fans and along with when it's done etc etc.

Will it still use the Old Faction INIs or remove some?

The new factions will use their own inis. Old faction ini files will be emptied.