RSS Back in the Game

Greetings everyone, and welcome to the first actual update of this year... month... time... whatever! The thesis monster has been vanquished and the start of summer break is just around the horizon, so it's time to get back in the game.

Greetings everyone, and welcome to the first actual update of this year... month... time... whatever!

The thesis monster has been vanquished and the start of summer break is just around the horizon, so it's time to get back in the game. As I mentioned in the previous mini update we will be using Sketchfab to show off our models instead of just renders. Whether or not we will continue to do so in the forseeable future will depend on how well they are received vs the work required to set them up, so if you like what you see and want us to continue doing things this way let us know by posting comments down below or giving a favorite in Sketchfab, and if you don't like the current setup or just don't care, well... screw you, j/k.

Anyway without further ado, let's get on with the update!

WEA "Eye in the Sky" Center 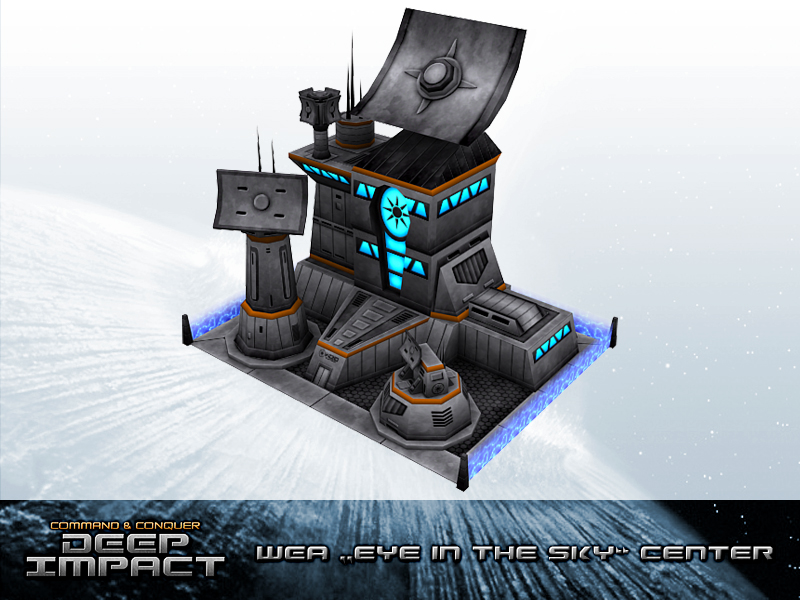 After the meteor fallout, European authorities became obsessed with preventing another disaster. As if the energy crysis before the impact was not enough, now Europe was fighting large scale illegal immigrations and resource hungry super powers from all sides. As the only power left with a strong space program, WEA command comissioned a series of military satellites with the specific role to detect and destroy any hostile incoming space object. This time Europe was lucky not to get hit, but the next time the goddess Fortuna might not be so merciful.

As the war with the UAN went further from the east european border and closer to the great eastern wall that divided WEA territory from rest of europe, WEA command started using the same satellites for a different, darker purpose. The same satellites used to scan space in search for incoming object got repurposed to scan the battlefield providing WEA forces with great intelligence on enemy outposts and troops movement. The second type of satellite - the ones that were tasked with destroying the incoming space objects also got repurposed and were now used to bombard hostile areas of the map with their rocket assisted tungsten rods.

As a final step in militarizing what was to be human kind's most advanced defense against another doomsday disaster into another toy for the army to kill with, the WEA designed and built field space control centers. Known as "Eye in the Sky" Centers, once built, it gives WEA commanders access to the WEA spy satellite network which reveals all enemy positions across the entire battlefield once every couple of minutes. The center can be further upgraded to do more powerful scans that reveal stealth units and aid allies by designating targets within the scan area, as well as granting control over the Horus satellite network, armed with the tungsten rods. 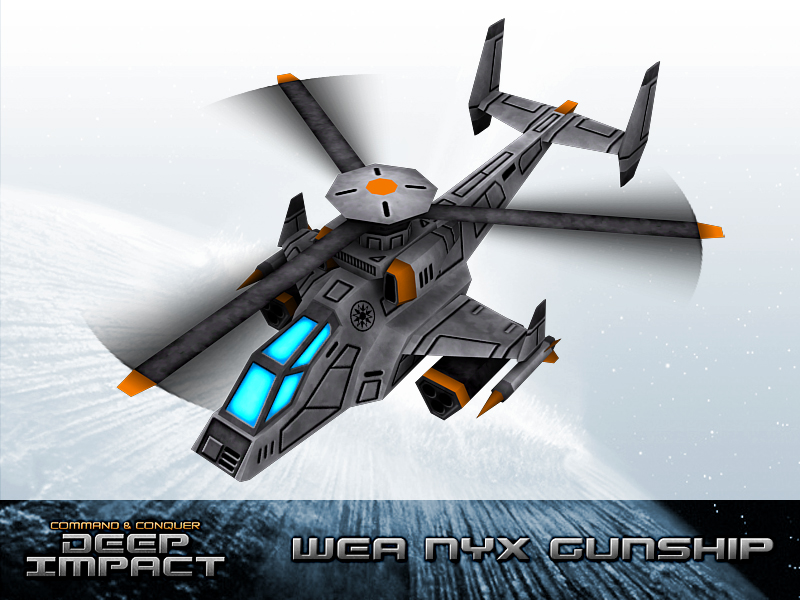 As the fast response task force of the WEA army, Mechanized Assault forces need mobility, firepower and flexibility. With that in mind, the Nyx gunship was designed. Fast yet lightly armored, the Nyx is armed with 2 HE missile pods that can deal with most light and medium ground targets as well as 2 air-to-air missiles to counter enemy aircraft. The Nyx can also forego its weapons in favor of a recon suite which makes it faster, permanently stealthed, and gives it a designator laser to support ground forces. 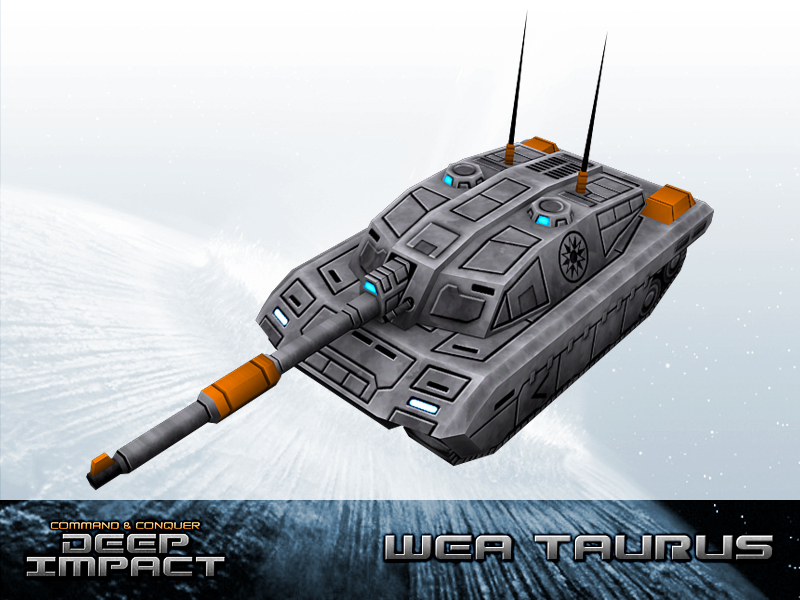 After the development of the Spartan tank, most of the WEA were eager the finally retire the Taurus light tank in favor of the heavier, more powerful Spartan. The Mechanized Assault division went along with this plan for a while however the Spartan's need to deploy to be truly effective in combat, did not fit in with the MA's motto of flexibility AND mobility, and eventually led to the Taurus II project. The project aimed to combine the mobility of the Taurus with heavier armor relatively on par with the Spartan tank. The Taurus II has much more armor than it's predecessor, as well as a much bigger gun based on the Spartan's cannon. To seperate it further from the Spartan, the Taurus II was given a coaxial machine gun, making it much more effective against infantry, and removing the need to wait for anti infantry support, further increasing the MA's overall mobility.

I'm guessing ADF will be next?
Then AC?
Then WLF?

ADF will definitely be next. What's after that still hasn't been set in stone.

nice gong zeke, good to see you back in action. if you need any possible beta testers let me know. btw, did you ever compile that musicpack from reborn?

Thanks, and no not yet.