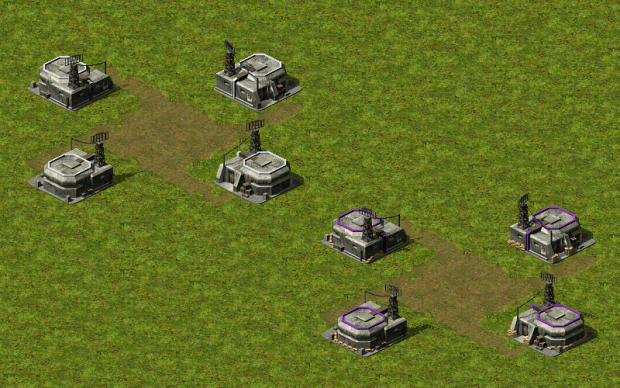 Here is a set of new bunkers called Observation Posts. These structures will be placed at strategic locations around maps in v3.8 of D-day. Garrisoning them with infantry will reveal a large area of shroud around the bunker, providing the player with increased intelligence on enemy movements. This is also especially useful as shroud will now grow back much quicker in v3.8. As well as giving the player increased view range the Observation Posts also provide a small but steady stream of credits during their occupation, boosting the players economy. These structures add new tactical gameplay, with control of a maps strategic locations now becoming a priority & could mean the difference between a win or defeat.

The Observation Posts are an evolution/replacement for the Capture Points tech buildings that I posted about some time ago.