Red Alert 3:Corona is a MOD of the original Red Alert 3 by Chinese modders. It add a new faction called Celestial Empire, which base on ancient China. Also, it reform naval battle, designed new sub-faction, add anti-missile system and new units. The MOD started in 2017 and it's still in development. 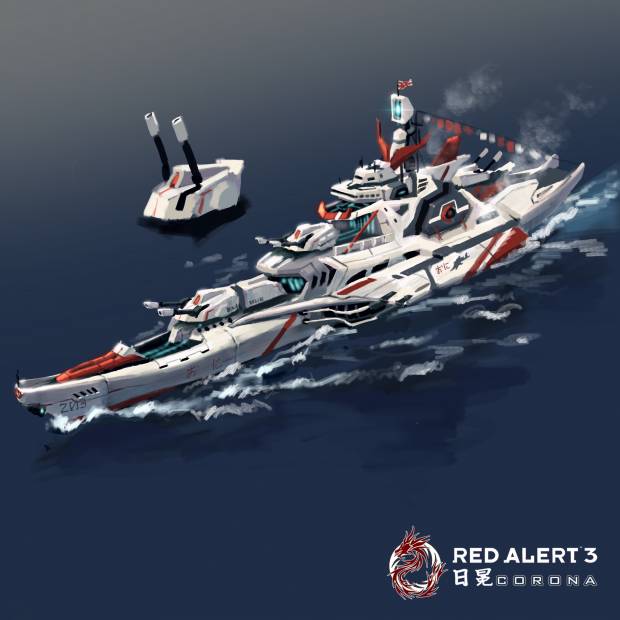 This is so sweet to me.

Can’t wait to see more of the Japanese navy. This already looks promising.