Contract Battlefronts is a mod for Zandronum, which is Battle-royale esque in gameplay, but with a few twists

Hello everyone, this is Olzhas1one here. You may know me as the creator of Jointforce. Today, I want to bring you a new mod called CONTRACT BATTLEFRONTS! This new mod is another Zandronum multiplayer mod, this time around based around the Last Man Standing gamemode.

So, what is this gamemode? The players start out on a huge, open map where they have to rush to find resources to survive. Those resources are weapons, health items, ammo, inventory items and even drivable vehicles!

There are currently only 2 maps 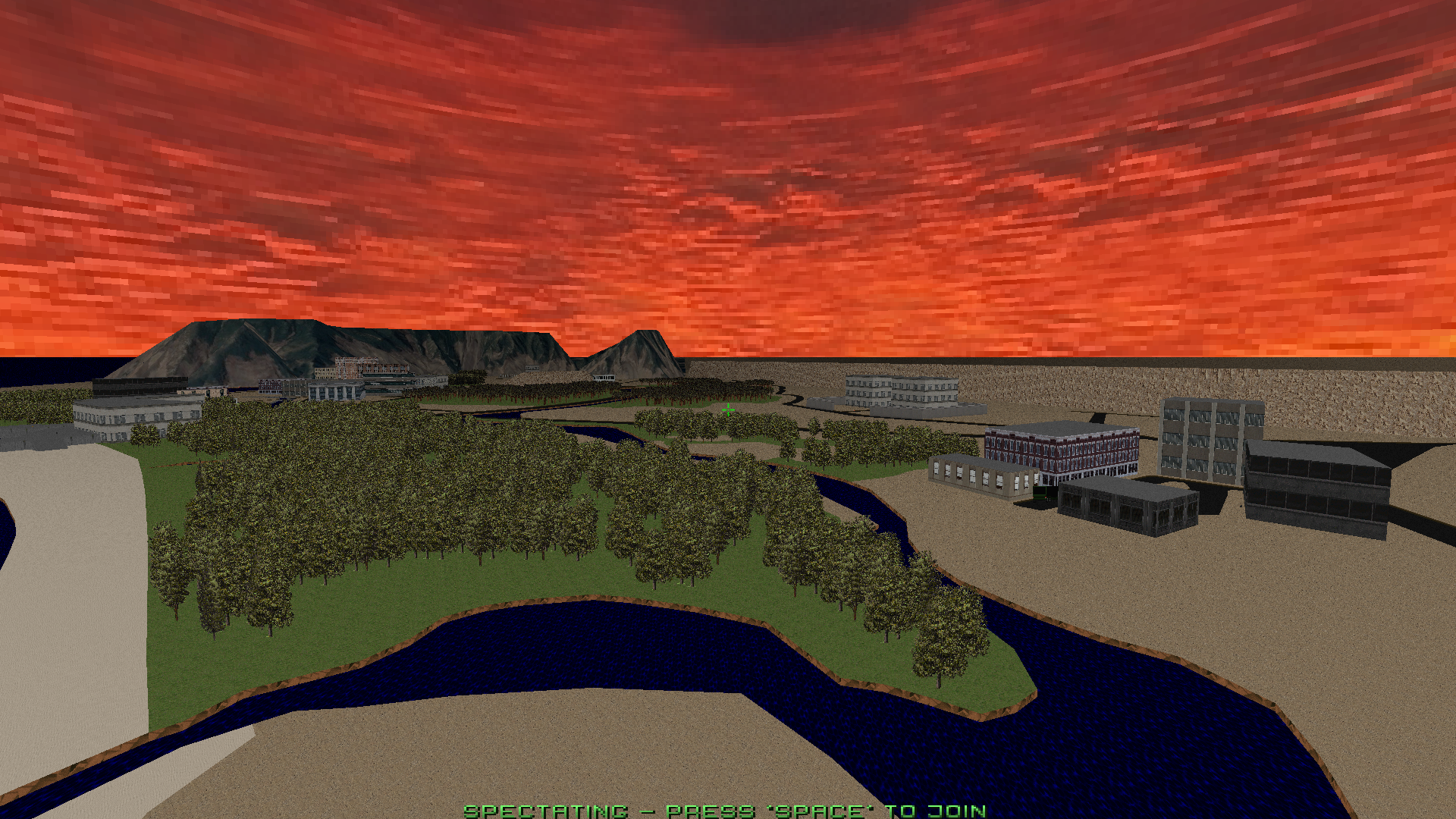 A large, open map with lots of different enviroments. You can even go into some of the houses.

The map is quite diverse, so I'm sure you'll like it! 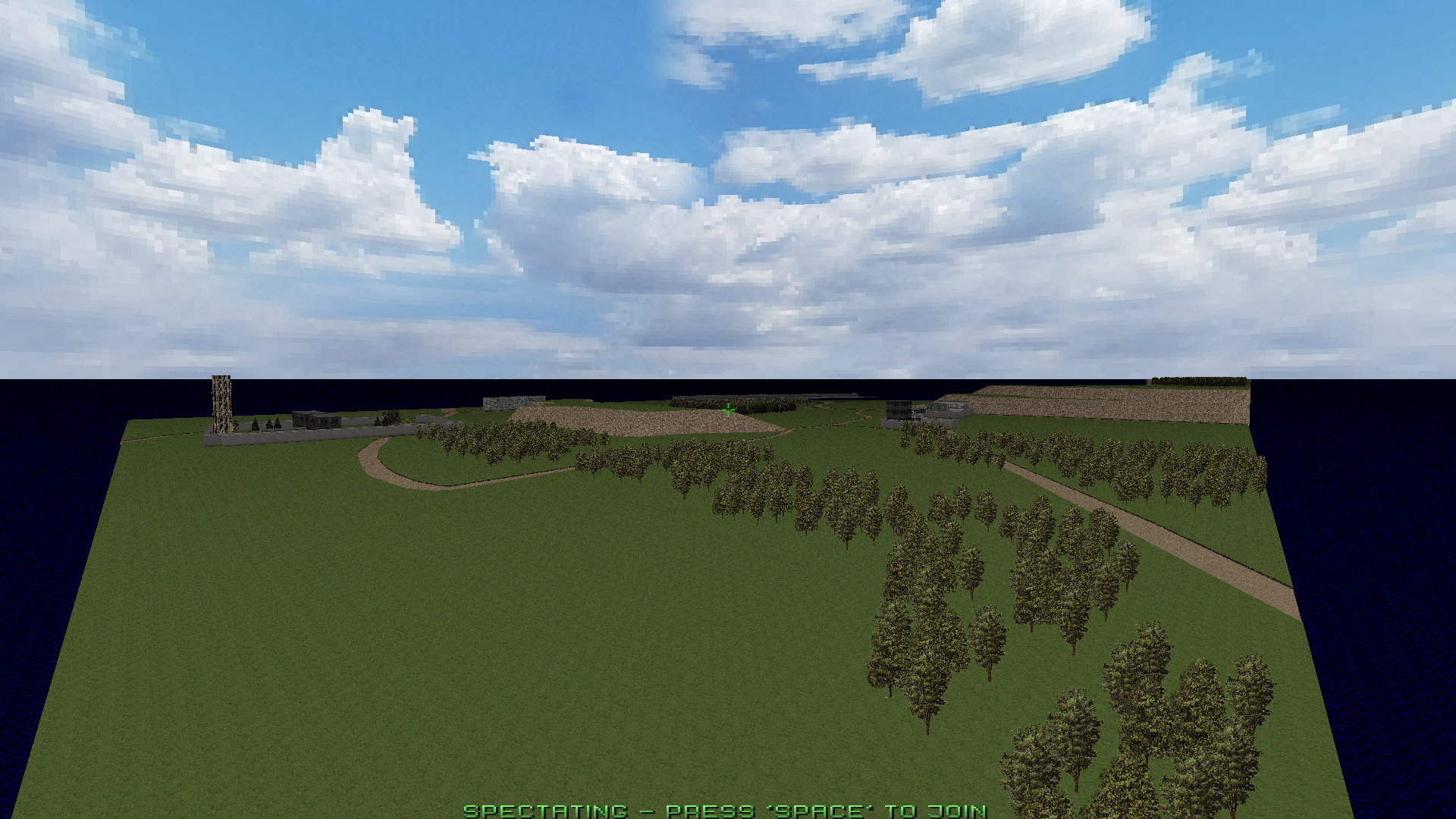 This map is a bit smaller than Border, but it's as fun, if not even more!

Also has lots of interesting areas to explore!

Due to the immense sizes of the maps, vehicles are a must in this mod,

and as such, here they are! Fully drivable, and almost working

You can't shoot the tank's rockets yet, as I'm still thinking whether I should or should not add this feature, as it potentially could be awfully imbalanced. They mostly work, aside from some nasty bugs that I hope I will manage to sort out for the demo release.

So far, the loadout isn't too rich, consisting only of:

Weapons are listed in the same order as they are on the image. For the demo release, I plan to add 2 new handguns, redo the AR (and add 2 new ones) and maybe add a Grenade Launcher, but it's not for sure

There are a few gameplay changes too. Instead of normal placement of items, every item on the map is random. The spots are the same - Items will always spawn in the spot you found them, though the item itself will be different. Same goes for weapons and vehicles. However, vehicles are not guaranteed to spawn on their places - You might get a different car next time, or even no car at all! I'm currently thinking whether to do the same for weapons and items. 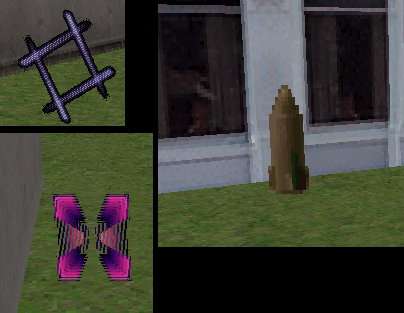 Some new item spawns on the map. The weird blue lines thing is the armor,

The purple one is the health

I'm thinking of adding inventory items (as in, instead of picking up a health kit and using it immediately, it will be like in DN3D, where you could use them at any point once you picked them up) and options to throw grenades, because it could come in handy.

That's it for the introduction post. If you wish to help, or follow the development more closely, join our Discord server! Link

That's it for today, I hope you enjoyed this little post, and it interested you in the mod. Looking forward to seeing you in the demo!

I'm pretty much done with the mod. Showing off the new stuff added to the game and stuff.

There is an announcement I'm going to make - It's about seeking help for the mod.

Demo released for public! Also showing off some updates to the mod.

I haven't tried the mod yet, but it has real potential for more projects, like "Commander Zod" in Doom or C&C Red Alert Doom and much more. Or exactly... an Operation Flashpoint Doom mod Muahahaha.

or an Delta Force Doom. Or Tactical Worms Doom. Or combination of Cod Weapons with your mod looks like Battlefield Doom. Or ... or..... ... or.....

This is soooo cool.. I can play it on my smartphone.. Sadly. Only one of the maps due to the slow gpu of my phone but nevertheless it's amazing and a whole lot of fun.. Please put some more weapons in it and maybe some cool items... And if you would combine. It with behead the undead and make a zombie wave shooting mode from it I will kiss your feet... Only suggestions

Man... You are amazing... Next project which is absolutely absurdly awesome and ambitious aF