'Rise of the Aces'

The 1.40 patch is now released. Containing multiple balance changes, bug fixes, new criticals for all soviet units, new music for soviets, new PTRD-41 model and maybe most importantly and waited, reward units for soviets. Also it was removed the Jagdtiger to give Wehrmacht the Tiger Ace as reward unit for King Tiger, using the Black skin of Schultz's tiger as the community requested; also PE got the Nashorn as reward unit for the Flak 88 and RMC got a couple of surprises.

Also, we proudly announce, three new members that joined roughly since the release of the 1.31 update to our staff:


Robotnik is helping us to fix bugs and apply balance changes and also is revamping EF's AI, a share of his work can be found in the current version's AI.

Crasius is helping us to fix bugs and apply balance changes as well, but he also help us to set up stuff in Object Editor, like animations.

Tiger205 is helping us with Ostheer's animations on his free time.

They have been really helpful and without them helping us fixing all the stuff for this update would be... more complicated. Thanks to Tiger205 we have the IS-3 in EF and are a massive leap closer to releasing the Ostheer. 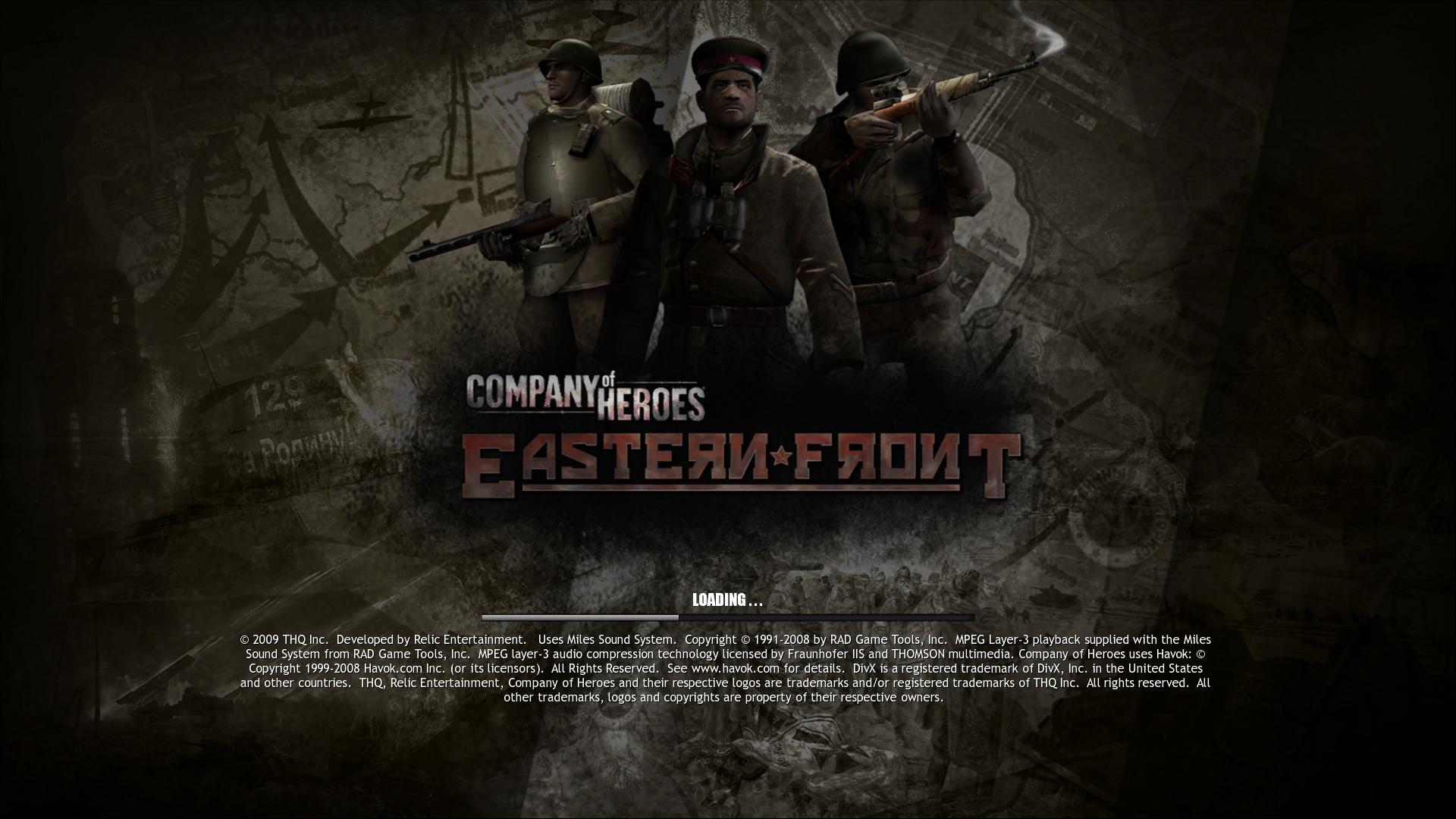 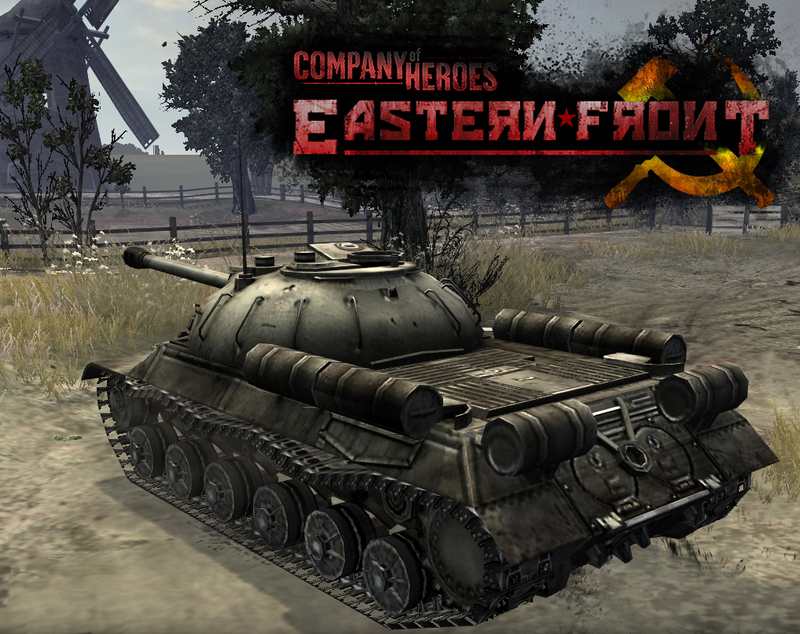 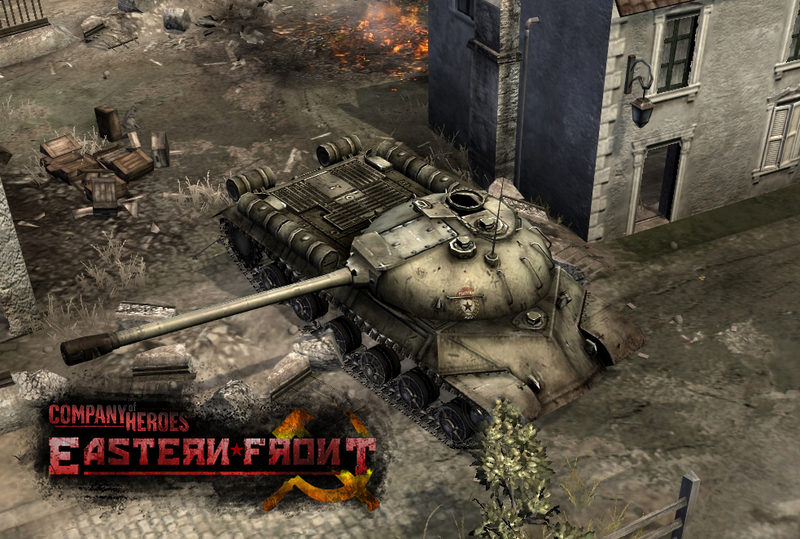 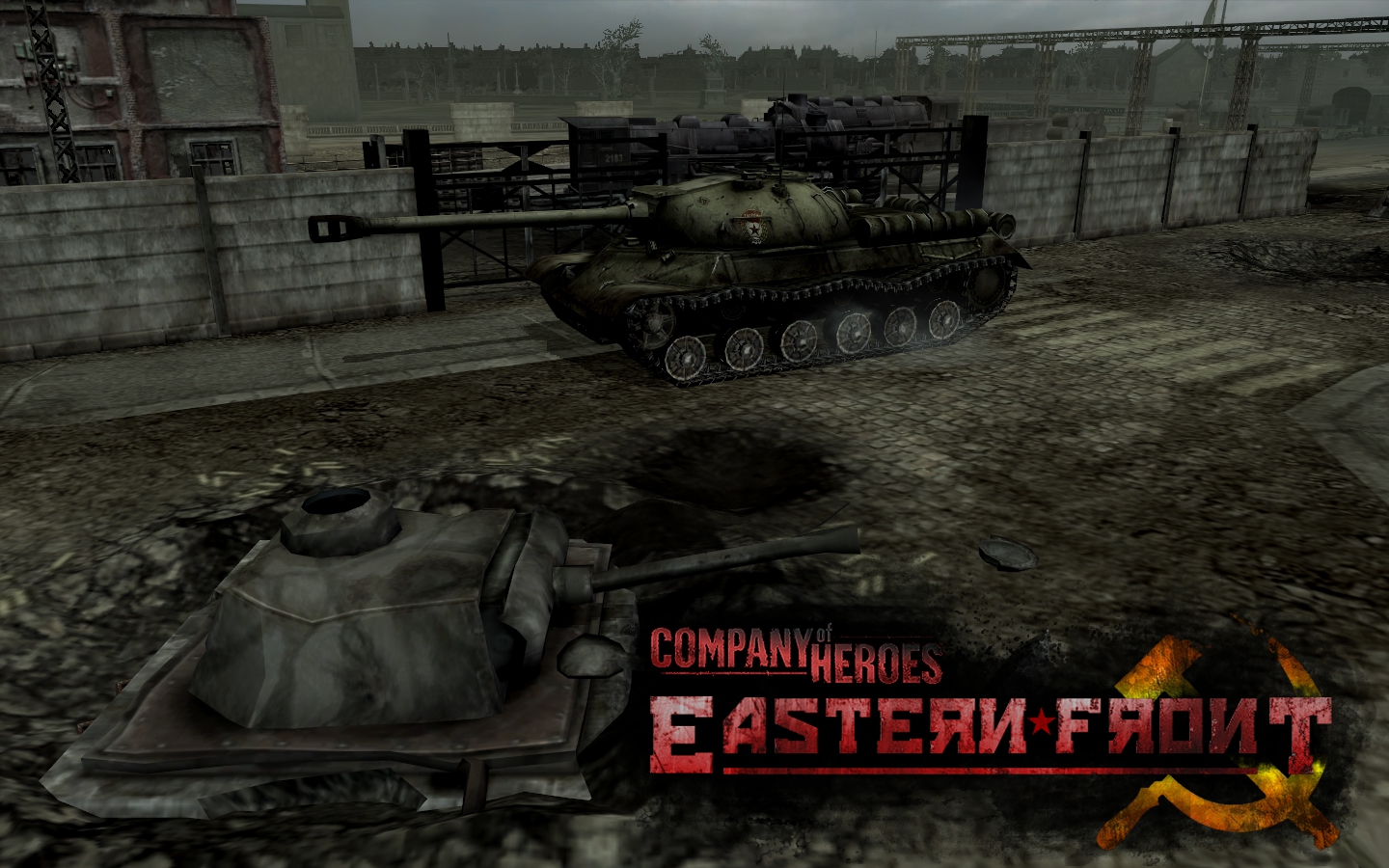 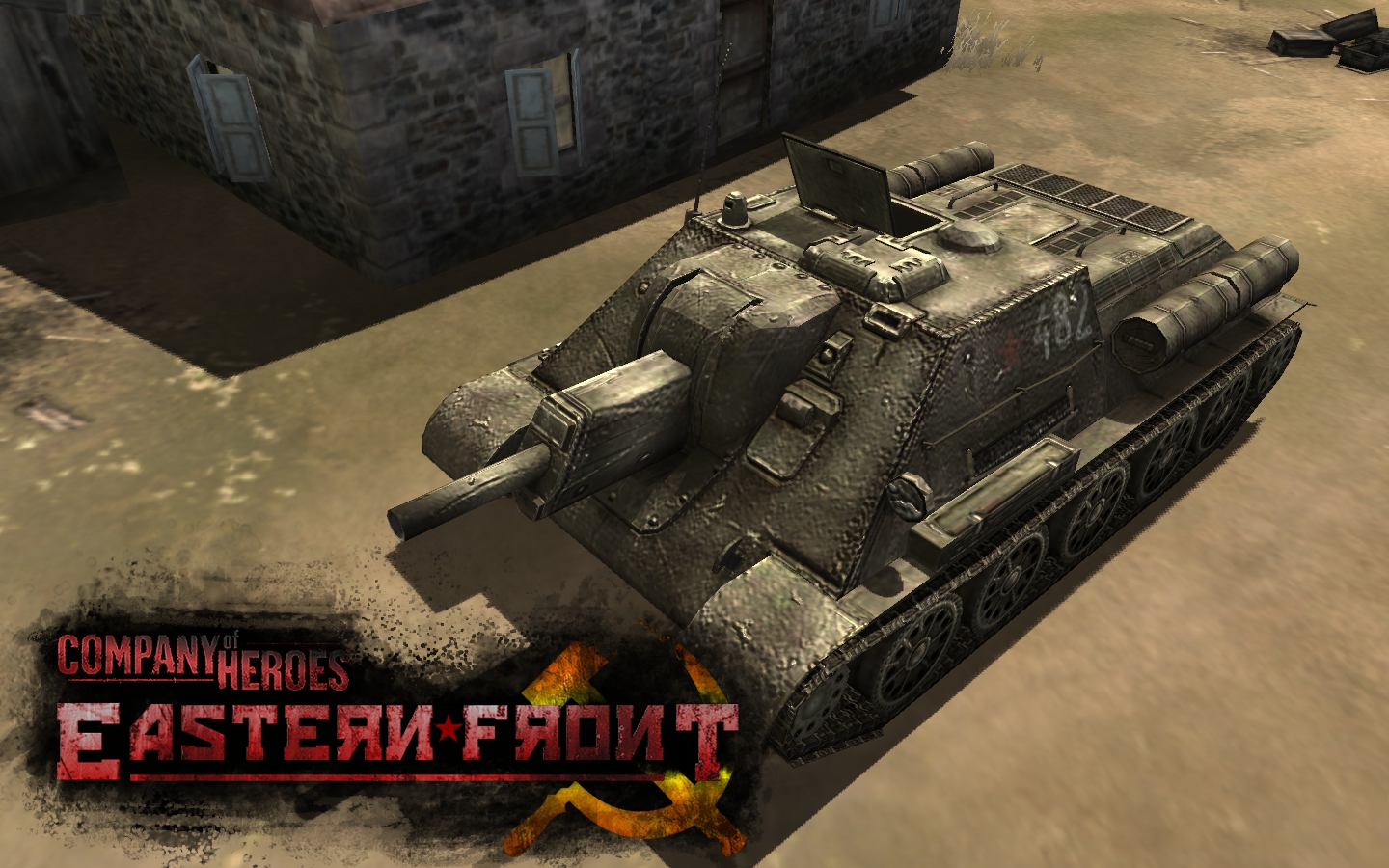 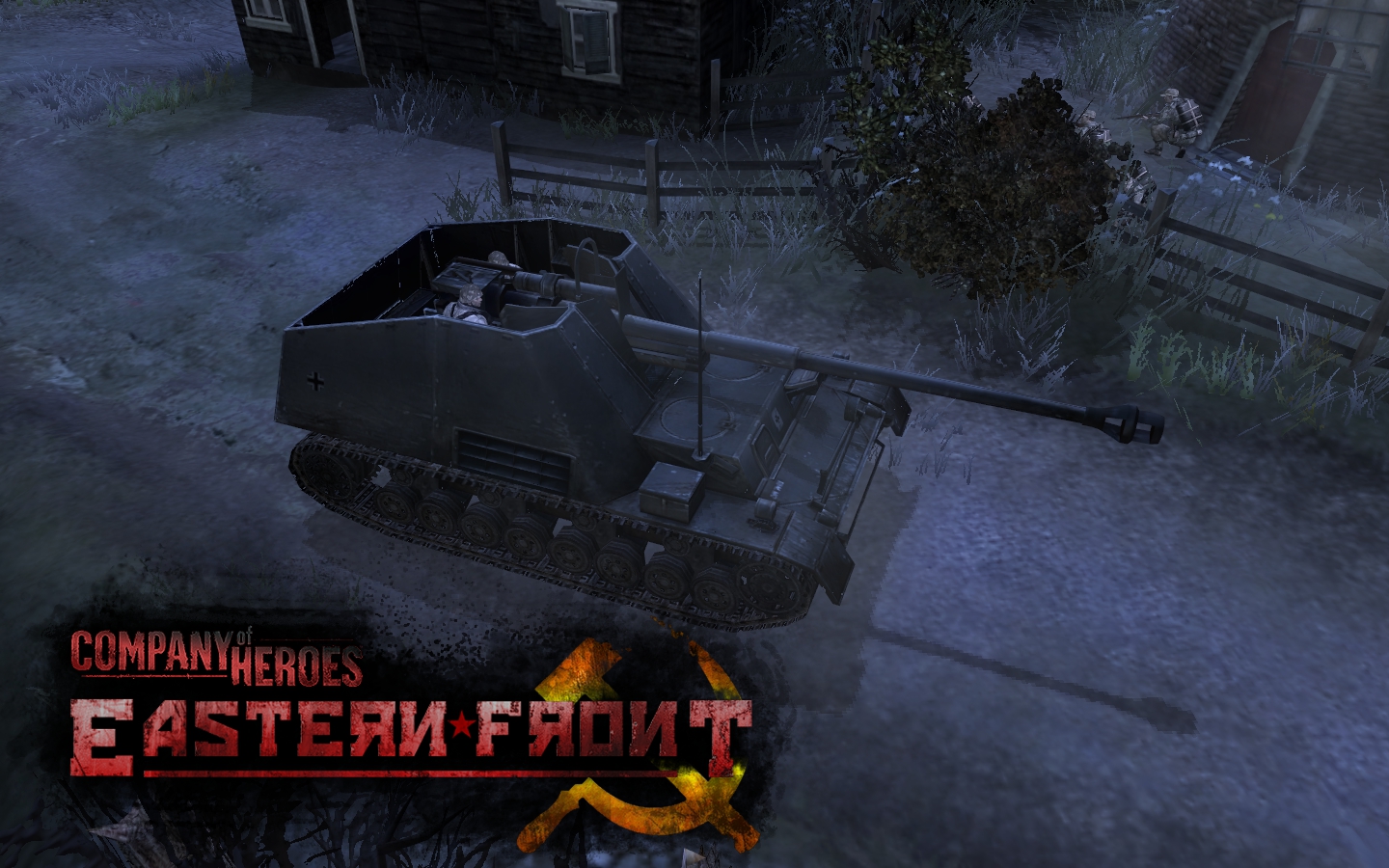 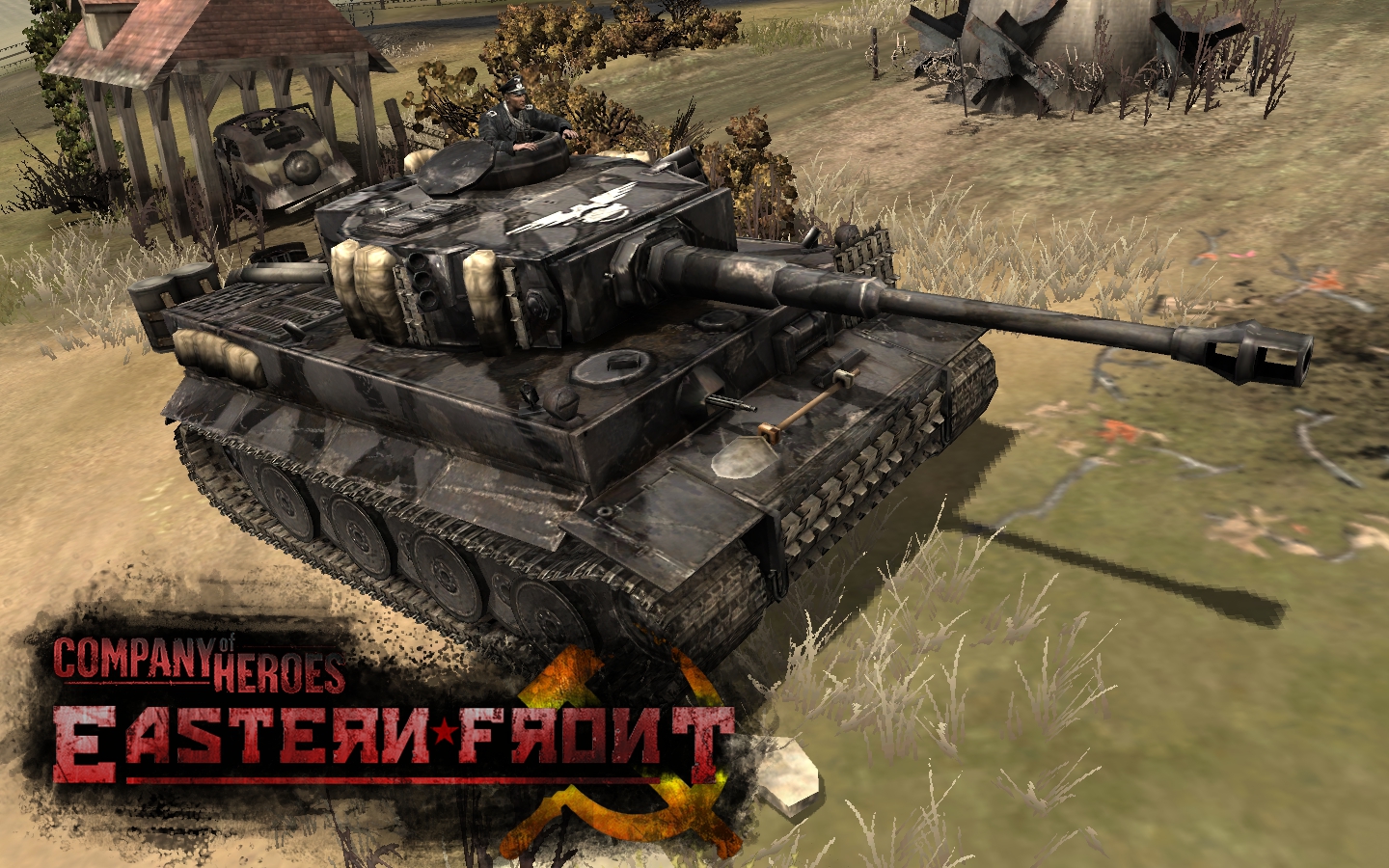 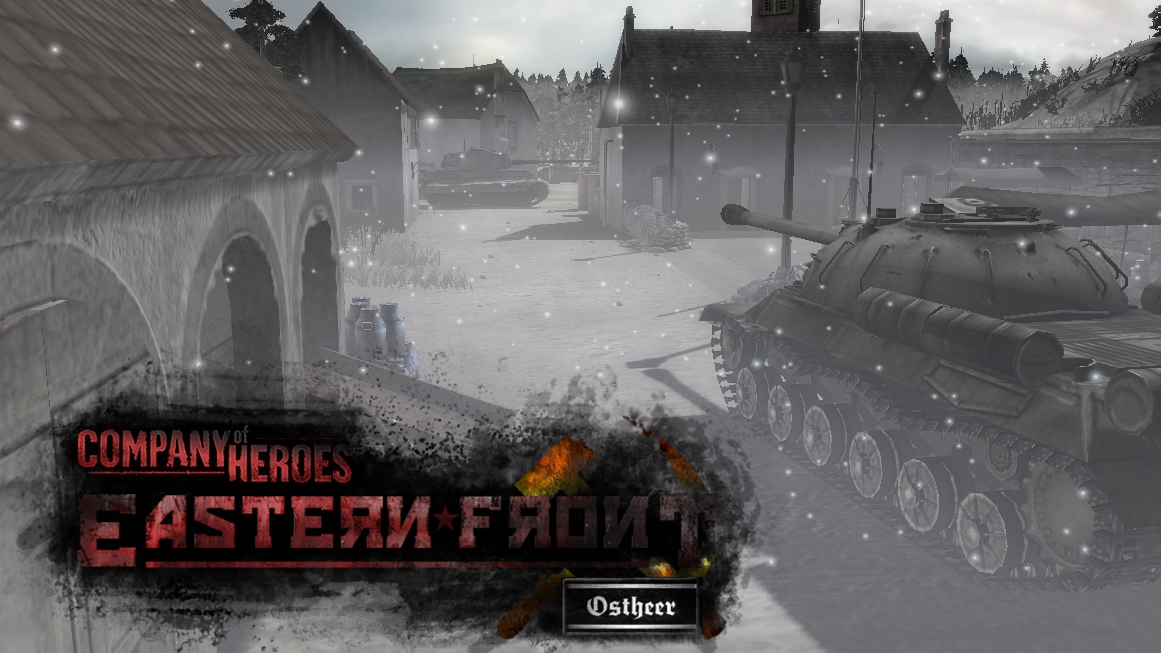 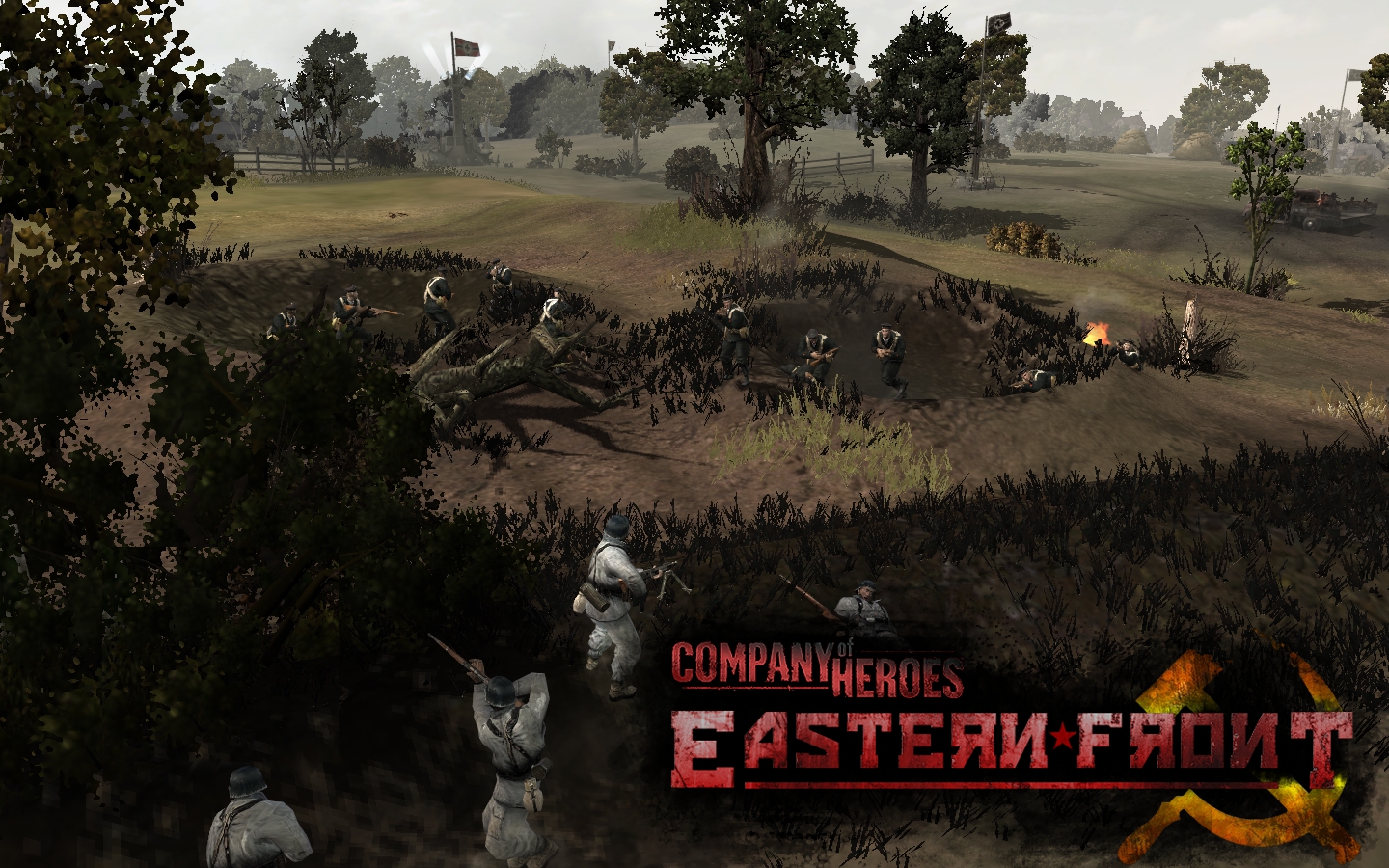 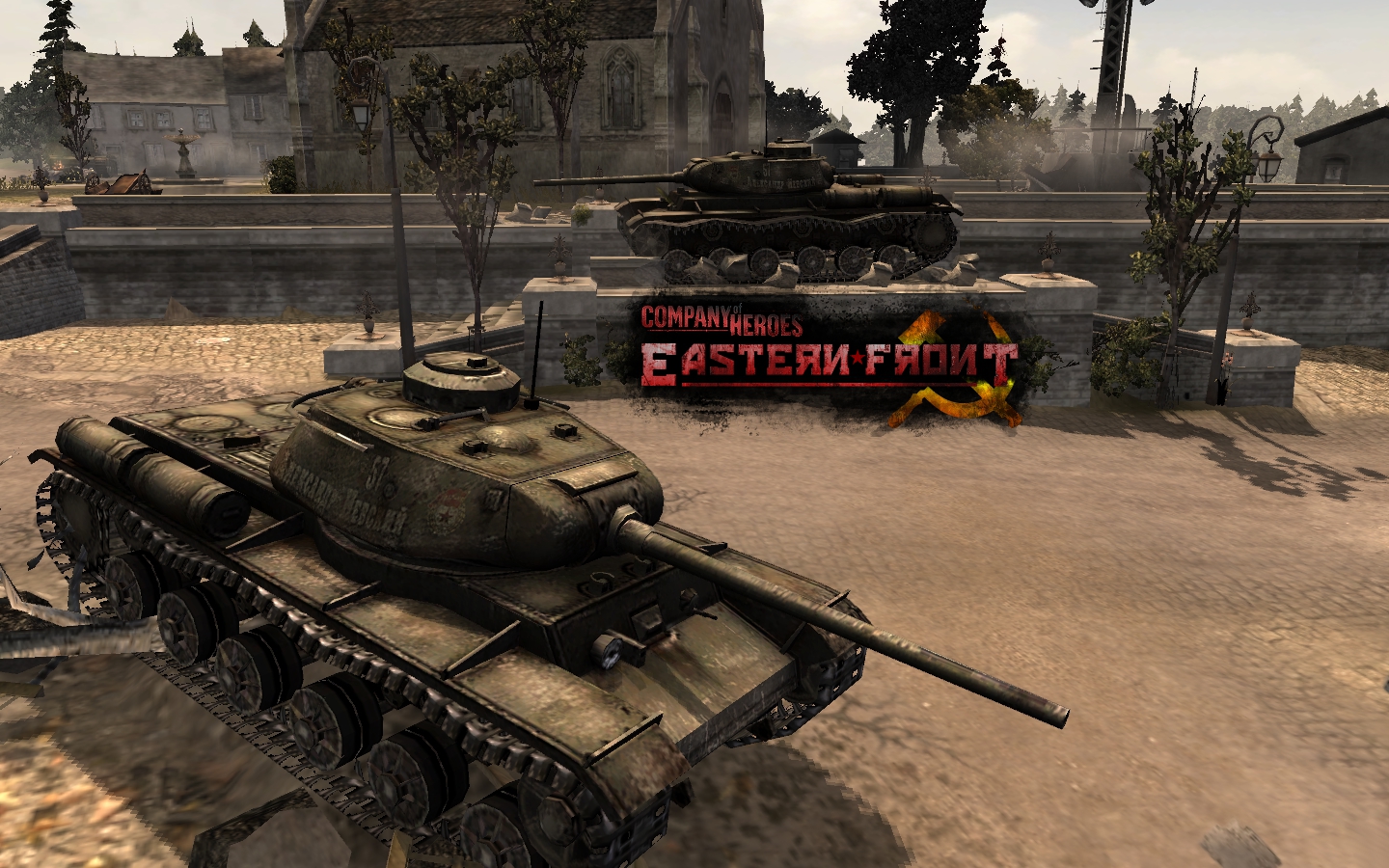 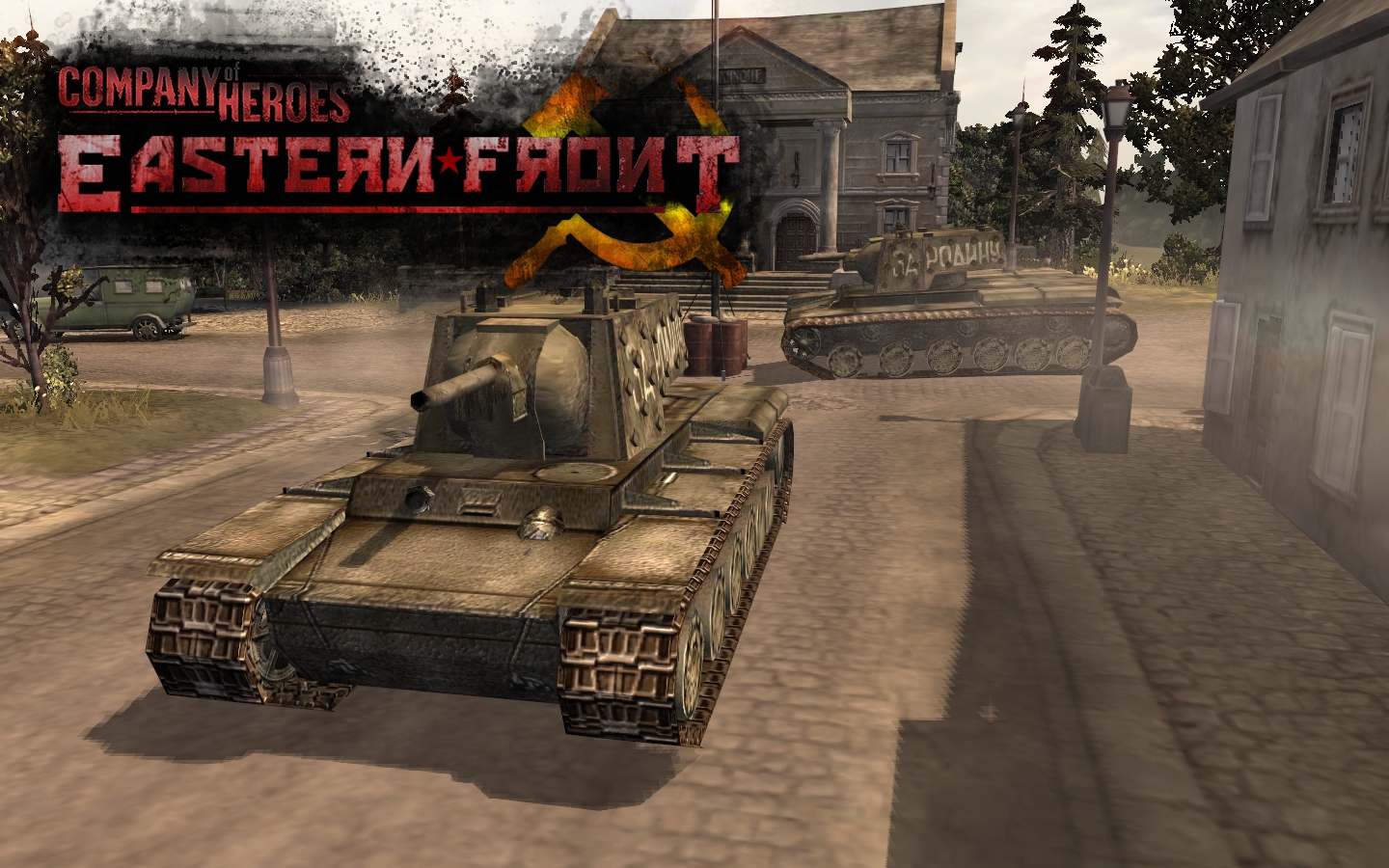 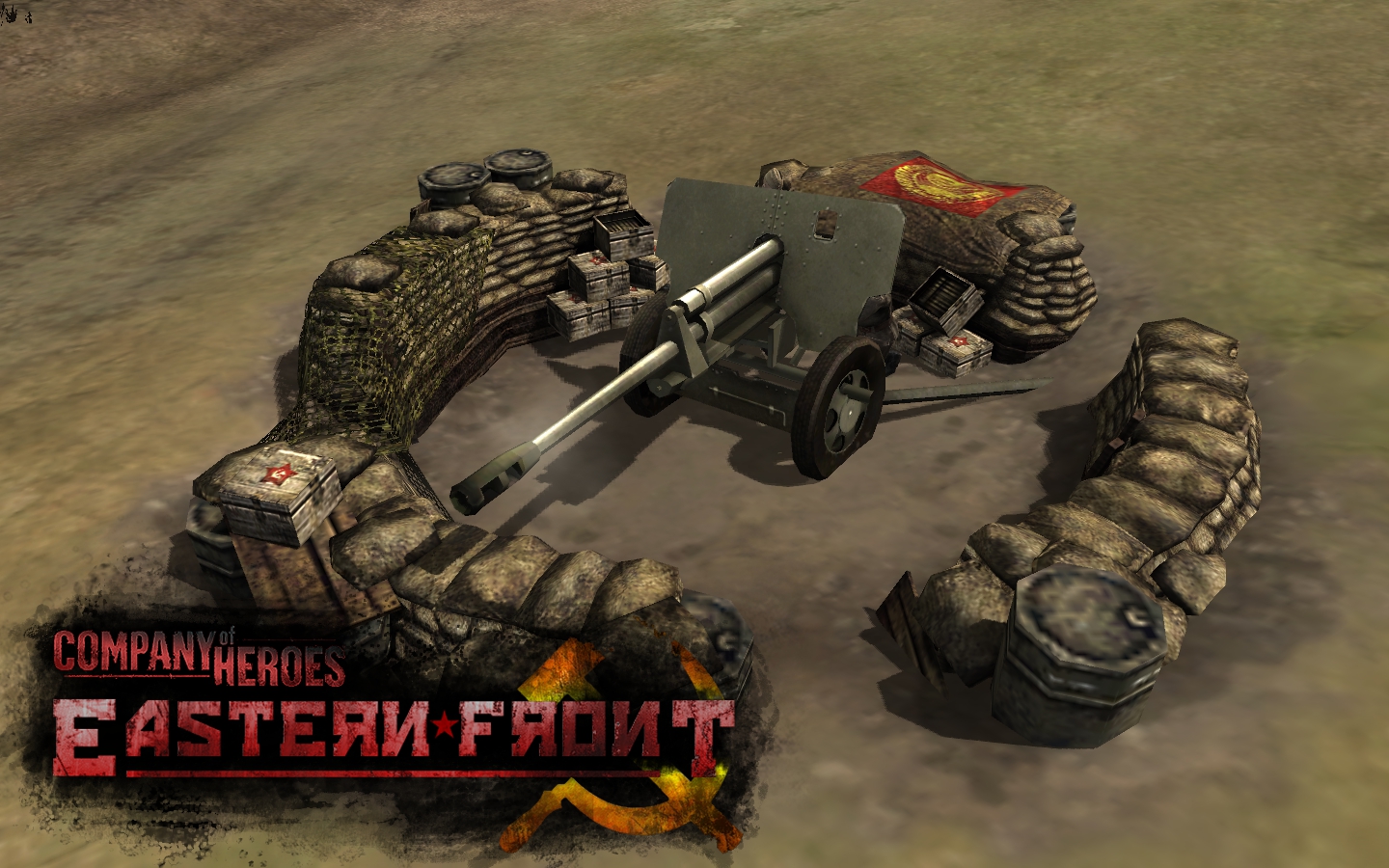 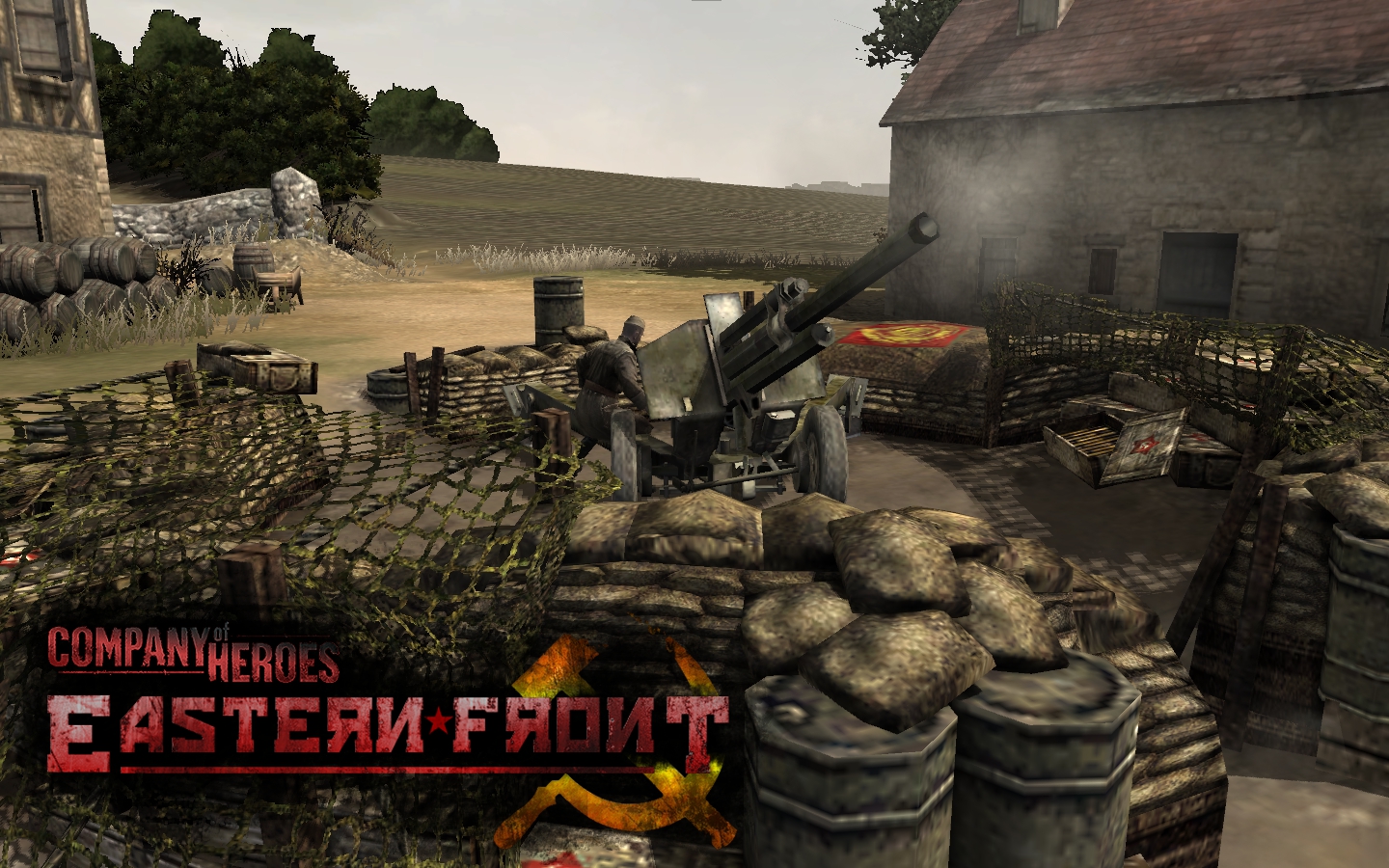 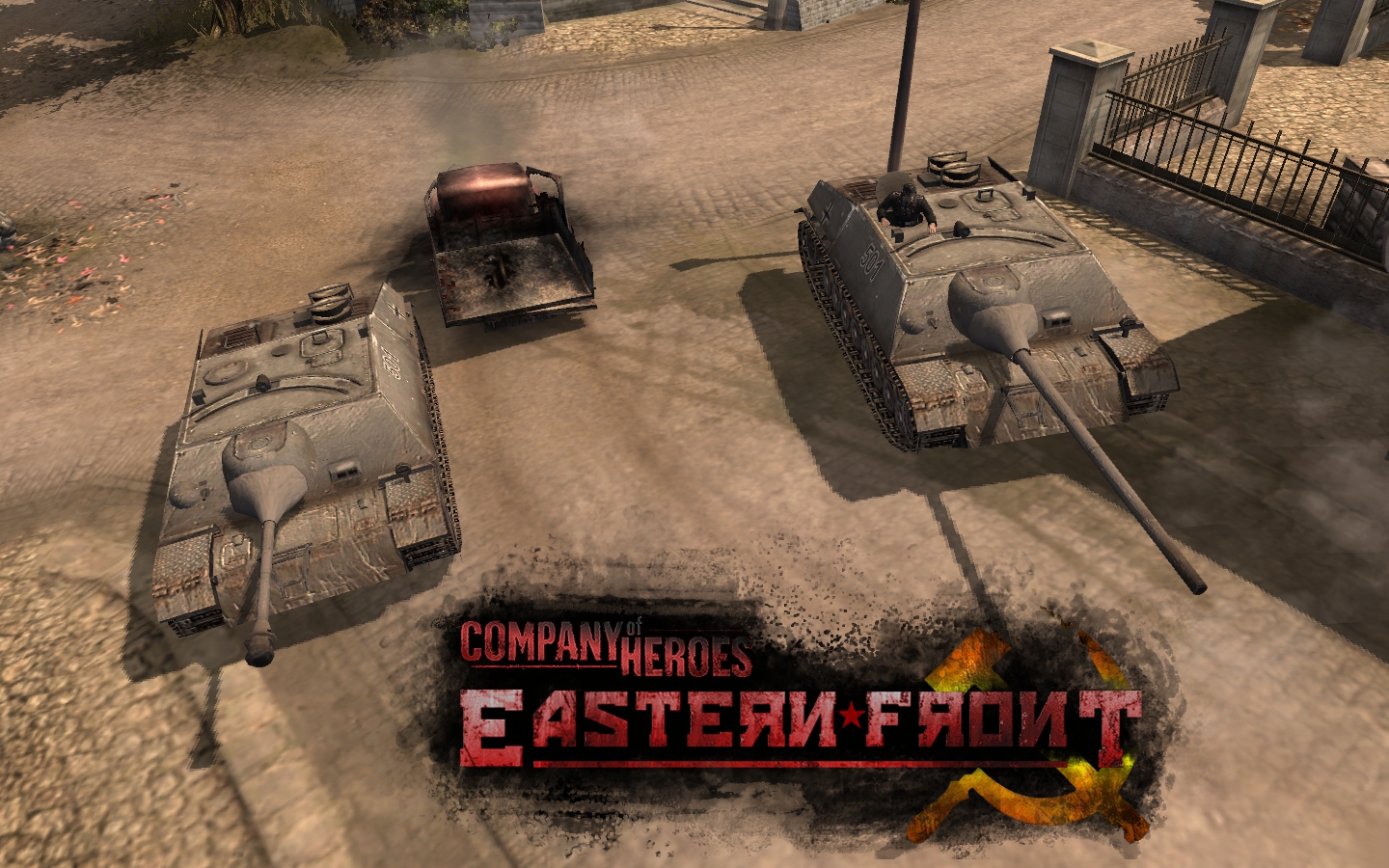 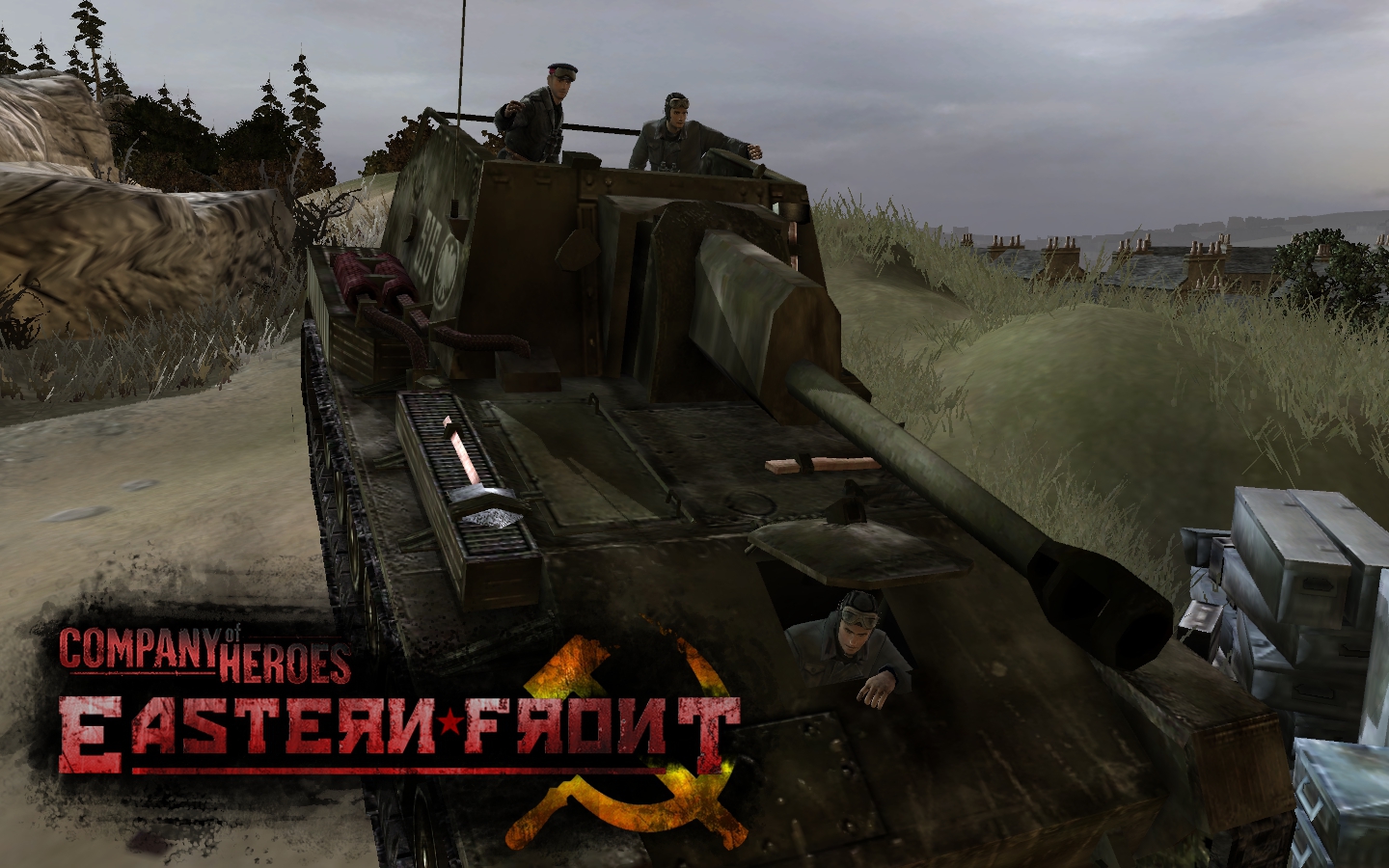 Awesome news, posted about the update here: Modsentry.com Keep up the incredible work!

lol, I updatesd the mod even before it is released, but sweet man :)

just wondering why does my krad for luftwaffe have two camoflage buttons? one acts like a timed ability, i dont know what its for

pah, Tiger 205, bad choice for oyur team guys. he is a model-stealer

Mow developers allowed to use Men of war content in Coh for modding purposes, so it's ok.

Not MoW models , he stole World of Tanks models.. but anyway i dont care who you guys take in the team your work is still awesome :) , just one thing , i lost my IS-3 in one second as i called it in.. its a bit too weak i think..seriously it got blewn up by a V1 rocket and 2 IS-2:s and 1 KV-85 next to it took the blast like it was a grenade but the IS-3 died lol, so is this a bug or somethin?

Also the SU-122 seems to have problems as it takes shots from something like the stug , the shots bounce off and cause an instant crash of the game. any help on this?

Bad choice? He animated all our current backlog of Ostheer models in a week. The guy is a miracle worker.

Indeed, don't know what grudge you have against him but he's a very talented guy and to some degree, our savior :).

While I was installing the 1.40 patch from the client for my readily installed 1.31 version, the client stops working...What should I do?

Do enemies here still stand in front of each other and try to hit somebody for five minutes? Can someone give info if theres any ballistics rebalancing, improving? If not, then I wont bother downloading.

Yes they still do that, but this is vCoH damage system, of course it sucks. If you want a realistic damage system play Blitzkrieg, Battle of the Bulge or Normandy 1944 Mod. They are one shot one kill kind of battles on those 3 Mods :D

Yes, I have blitzkrieg and BotB, they are awsome. But they dont have soviet faction... Havent heard about Normandy 1944 before, I'll try it out, thanks.

Yes, I read that in instructions of the mod. N44 is f**king awsome. Now I'm playing with every single army/doctrine/subdoctrine to test. That mod has many good stuff. Even though I have this mod for few days now, I only managed to test two WM doctrines. Battles are very intense and AI is very challenging. Even normal difficulty gives some competition.

Sorry guys but this is not a place to talk about other mods.

If you launcher is crashing while downloading patch, please use Megaupload.com

I downloaded no problem but now the launcher wont work and just closes everytime i try to play, it was working earlier, any ideas?

same problem here, but i cant uninstall it either....wtf?!

is3 never saw action. remove it

obviously Cinco you dont know history to well the IS-3 Did see action it spearheaded the Battle of Berlin in the Final stages of the war. tho history in part the IS-2 was the main spearhead with only maybe a proto-type IS-3 during the battle.

um sources for is3 spearheading berlin assault??? pretty sure it only might of seen action against japan

i downloaded the new version with EF Launcher and no it is not working anymore?? can someone help me please?

(I play World of Tanks)

ok i only got to play this thing ONCE....then the launcher effing crashes...i reinstall the damn thing and it continues to crash...very disappointing to say the least :/

if this was bundled with a japan faction I think I would cry tears of joy. really annoying that you can't get this mod out there more, I wish it could be bundled in with an official update or something, I'd like to play automatch with this mod

there seems 2 b something wrong with the automatic uodater. It keeps saying there is an error and it has never said that b4. Is this happening 2 anyone else?

Its crashing for me too.

If you have updated it to 1.4 and it is still crashing I disconnect internet, then it works, press play and put the cable back in and play.

But thats for those who have it updated... If you still have 1.3 and its crashing I have no idea. :[

Well, I proceded like you said, but it is still crashing, and I updated the full version. I found a log in my CoH folder . It first said that the server wasn't available, and after a second crash (with no internet connection on my computer) it said that the distant name couldn't be resolved 'www.files.easternfront.org' . This might be a problem with the server no ? Maybe too many people try to connect at the same time ?

WoW!! the tank models are so perfect!!, it really looks like World of Tanks by looking at the screenshots instead of a RTS game!

if you have the 1.4 update, then go into your EF launcher config and set your auto update to false, fixed it for me

Thanks ! The launching is perfect now, good fix.

after unplugging you internet (worked for me)

is it possible to install Eastern Front with the metaboli version of CoH?

I don't see any reason why you can't.

Nice update but the a.i is very bad the soviets only build infantry and su-85 never t-34 or kv-1,after 20 min. respawn kv-2 ans su-76 never build another tank and when you play with allied a.i is horrible only respawn off map units.

ok figured this launcher thing out...if you DL'd the 1.4 patch and it fails to launch...uninstall entirely...then look in the Downloads tab of this page (under the EF title @ the top)...get the FULL 1.4 launcher....install, then disable your internet connection...when the launcher tries to open it will say "internet required to play" or some such BS...ignore this, the launcher should come up any way...go to settings and UNcheck the auto update...then enable your internet and it should play just fine...i did this earlier and havent had any new errors :) hopefully this problem will be properly addressed as soon as feasible

And in game it crashes ??