Old to New. The evolution of one of our oldest environments in-game!

Posted by MrtwovideoCards on Dec 2nd, 2011

Evolution of a Garage 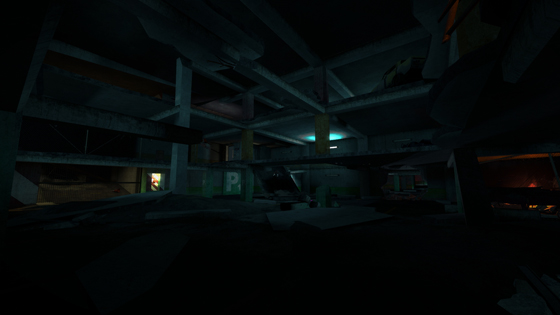 Above is a picture of the old version of map 03, the garage, from 2009. While that version of the map played alright, there was still a lot of room for improvement. At the time it was too similar to the Episode 1 garage. In mid 2010 we debated about what we wanted to do with the environment heading into the end of the year. At that time a lot of the enviroments in-game had already been heavily revamped during what we considered our 2nd art pass phase. We decided to start a new version of the garage from scratch. Doing this marked the beginning of our Third Art pass phase, which became the final and most inspirired art pass. So far it's seen the majority of our content go way beyond how it used to look and feel, as well as started the entire total conversion aspect of asset overhauling.

Through redesigning this area, it eventually went from that, to this: 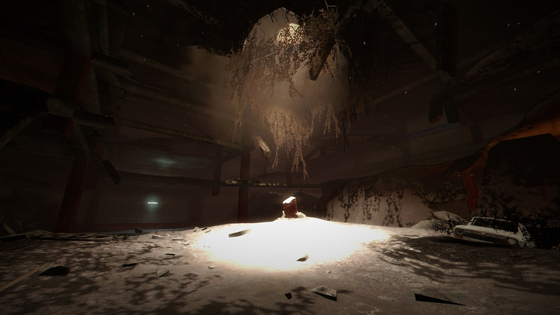 Instead of being a series of strung together small to medium semi-destroyed garages like the old version and like Episode 1′s garage, this version takes place nearly entirely in one large collapsed underground garage. The main floor area includes the expanded Antlion Guard fight while the rest of the garage is an upward explorable zombie adventure to the surface.

While this new garage was an improvement, the layout was still very rough and the art still left a lot of room for improvement. Nearly all of the debris and broken concrete slabs in the version pictured above were made from displacements or brushes and the entire garage used mostly stock Half-Life 2 content, which included the debris piles mentioned in a previous blog post. Over the next few weeks we set out to replace or edit most of the stock content used in the map and replace the brush/displacement placeholders with proper models.

We tried to keep all of the models very modular and tried to use the same textures as the remaining brushes in the garage to save on texture memory and keep a continuous look. On certain models separate damaged materials or modified normals were used to give the models a more damaged look compared to the remaining sections of the garage still somewhat intact. Along with the new models we refined the layout, lighting, and post process effects. The latest version of the garage uses nearly all custom content or modified stock content and came out much more unique and exciting than the previous garage. Below are a few shots of some of the modular models used in the environment and a screenshot of the near-finished garage. 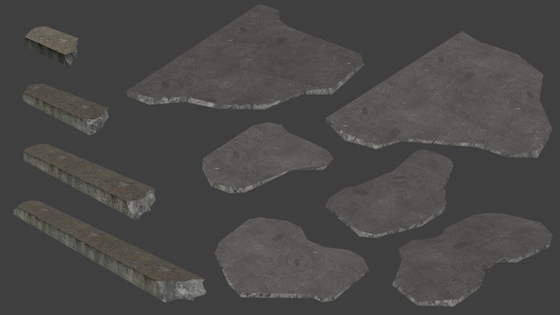 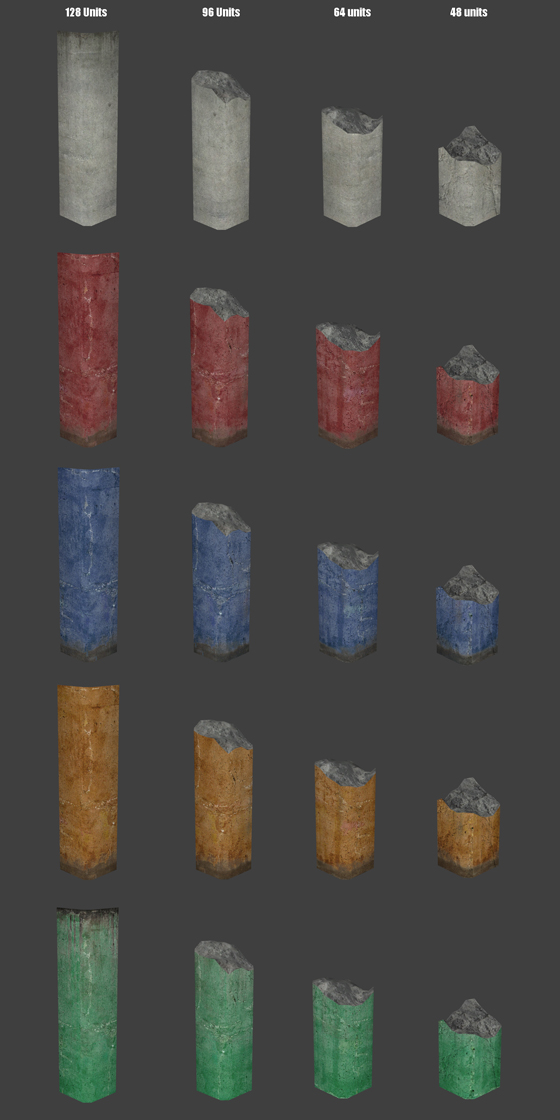 We modified the stock Valve concrete wall textures in these models, desaturating them to fit the color theme and oldness of the garage a bit more. We wanted to make sure the Garage felt like it had been abandoned for quite some time, and antlions utilized it as their home. Eventually to stay consistent with the rest of our asset conversion, we ended up completely repainting all of the garage textures from scratch, including creating a variety of blends for both the models and brush surfaces. Bumpmaps were also eventually added to models the broken models pictured above, where the bumpmap completely handled adding detail to the surface via light angles, versus directly painting it on everywhere.

Later on during the art pass process we started talking about adding in foliage. Foliage played a pretty big part in conveying the garage had been abandoned for a great deal of time. 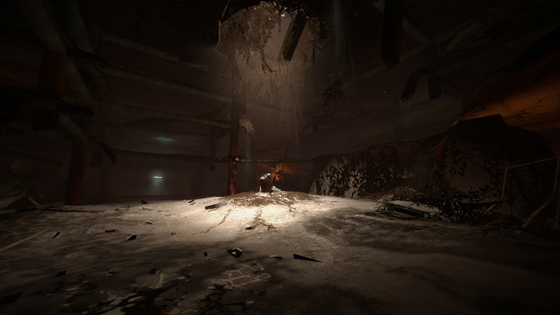 Why did we change it?


On the fly editable fog


Fog has played the largest role of really making an area feel right. So much that we completely tossed the valve stock fog system. Gone are the days were you have to recompile your map to see fog changes. For city17 we created a custom fog system that can be changed real-time.

Anyone who's work with left 4 Dead 2 might be familair with how the fog system works there. This system is fairly similair, though without the need to recompile your map. A fog script instance looks like this:

This system allows us to literally have an infinite amount of fog variations, without ever having to exit the game, or recompile the map. SImply change the fog values, save the text file, then noclip out and back into the volume you are editng. Easy as pie. On average we have about 7-10 different fog setups for a single map.

Thats all for today! Stay tuned for another update tomorrow! Follow us on Twitter for updates on what's going on in development, as well as our blog for City 17 and other development news from us. If you'd like to get in contact with us, be sure to email us at mrtwovideocards@gmail.com.

also random question here but how would one with say blender set it up its grid to use hammers unit measurements?

We use 3DS mostly. But Hammer is in inches.

Loved the image from the third art pass. Mappers and developers often forget that their maps/worlds aren't simply boxes and need to think of the world outside their map. One prime example of this is Portal 2 vs. Portal 1. Portal 1 was too closed, a series of boxes strung together by corridors and smaller boxes. This is what your original garage map was, and what the EP1 garage section is. The third art pass brought out the world outside the garage and is better for it.

With projects like these though you can reach a sort of perfectionist attitude which I caution against. Every art pass is going to be better than the previous because as an artist you are gaining more experience and understanding your environment better. And because of this after every art pass you can be left with a feeling that "You can do better"... don't get stuck in this infinite rut. Sometimes enough is enough :P That's not to say the third art pass wasn't needed, because it most certainly was, but now I see City17 as not only an improvement on Source, but on itself as well. Don't let that go too far.

We've reached this point with the majority of the environments we're we all internally feel and think "this is done". It's pretty weird feeling that way, considering (and like you mentioned) you always feel the need to go back. But we've hit that apex of what we can do with our version of source, and feel that it's pretty much the best we could of taken it. Especially looking back at how the mod used to look like art wise.

We've checked off that goal of bringing EP1 to a higher level of quality visually.

You are awesome!
The thing that disappoints me the most about Source, is that you have to compile over and over again. Having Real-time fog is one big step forward. I hope that some day Valve brings us real Real-time lighting. I hate to wait for the map to compile every time I change one single value of a light entity.
*Thumbs Up*

I don't want to spoil it to bad, but one of our devs Sam Za Nemesis has been working on a side project for Ivan's Secrets.

We're working on seeing if that both runs, and can be back ported to 2007. It will totally work on 2007 from what's there in the code, but in regards to how it would run is a major concern.

DANG! That lighting thing is something the Source engine has needed for a LONG time!