The Chu–Han Contention (206–202 BC) was an interregnum between the Qin dynasty and the Han dynasty in Chinese history. Following the collapse of the Qin dynasty in 206 BC, Xiang Yu split the former Qin Empire into the Eighteen Kingdoms. Two major contending powers, Western Chu and Han, emerged from these kingdoms and engaged in a struggle for supremacy over China. Western Chu was led by Xiang Yu, while the Han leader was Liu Bang. During this period of time, some of the other kingdoms also fought battles against each other and/or against Han or Western Chu. These battles were largely independent of the main conflict between Western Chu and Han. The war ended in 202 BC with total victory for Han, after which China was unified under the Han dynasty with Liu Bang as the dynasty's first emperor. 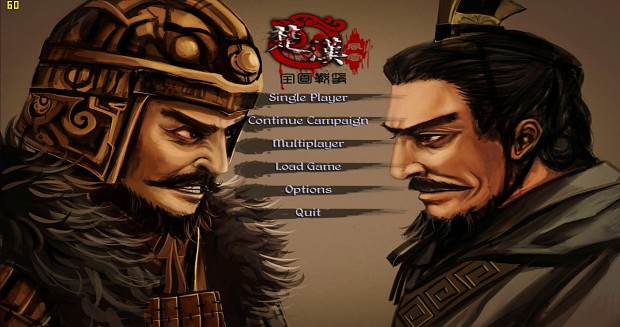 Said file is a flippin text file with a link

A link to a site with whatever they call chinese letters and a box that requires typing.

They must risk you for a virus something by installing their software on your PC. Don't be such a fool.

ok now how to install this ? can anybody describe it to me in English . It is kinda hard to understand the instruction manual that the uploader gave

These google drive download links for the Chu&Han TW should work
"Full version V1.07":
Drive.google.com
"English Patch1.08": Drive.google.com
Installation:
-After Finished Downloading the ChuHanv1.07.7zip.. extract it into your Medieval II\mods\
-When the extraction is finished, there should be a folder named ChuHan on your Medieval II mods folder. To install the english patch v0.8, go to Medieval II\mods\chuHan\data\
-Then extract the English patch there and click yes to all to overwrite the text folder (under data folder of ChuHan)
-After that, delete all .bin file format located in Medieval II\mods\ChuHan\data\text\
-Then run the game using chuhan.bat file.
(the game runs fine for me... but somehow the english patch is still in-complete, some units still unreadable or mark as ???? in game, currently playing as "Liu Bang Faction"

Can u reupload these links?? pretty pls..

Thanks for this asados101...as had a heck of time navigating through Chinese text. Ended up downloading a mod 1.9c for Alexander.

We need new links as these two links no longer work...